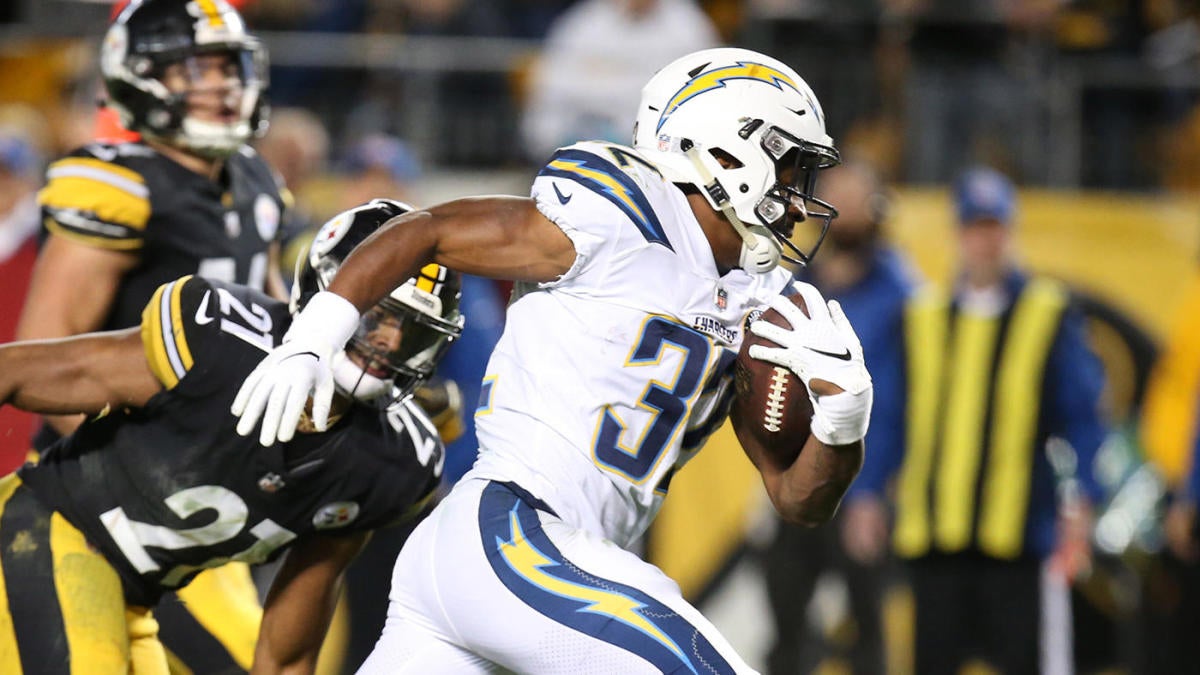 The San Francisco 49ers will look to finish up the exhibition season unbeaten on Thursday as they take on the Los Angeles Chargers. The Chargers (0-3) won last year’s meeting 23-21, while the 49ers (4-0) look to improve on their 24-17 preseason record against the Chargers since the 1976 season. The game is scheduled to begin at 10 p.m. ET from Levi’s Stadium in Santa Clara, Calif. San Francisco is listed as a 4-point favorite in the latest Chargers vs. 49ers odds, while the over-under, or total number of points Vegas thinks will be scored, is 34. Check out what elite pro football expert Mike Tierney has to say before making any Chargers vs. 49ers picks or NFL predictions of your own.

An acclaimed sportswriter whose work appears in the New York Times and Los Angeles Times, Tierney has reported from seven Super Bowls. Now a SportsLine expert, Tierney was all over the Patriots covering in February, enabling him to finish the season with a sparkling 63-46 record against the spread. Anyone who has followed him is way, way up.

Now, with the regular season fast approaching, Tierney has evaluated Chargers vs. 49ers from every angle and locked in his picks. He’s only sharing them at SportsLine.

After recording just two interceptions last year, fewest by an NFL team since 1940, the 49ers are eyeing a major upgrade this season and have quite the safety position battle going on between five players vying for a spot on the roster. The competition has paid off as Jaquiski Tartt, Adrian Colbert, D.J. Reed Jr., Antone Exum Jr. and Marcell Harris have battled hard this preseason, helping San Francisco to a 3-0 mark.

Harris leads the safety group with eight tackles, seven solo, with an interception and two passes defensed this preseason, while Reed, who played in 15 games with two starts in 2018, has eight tackles, six solo, and two passes defensed. Tartt, who had one of the Niners’ interceptions last year, has six tackles, including five solo, and one pass defensed, while Exum, who had the other pick last year, has played in two preseason games and has made four solo tackles and defended two passes. Colbert has been limited by a hamstring injury and has one solo tackle in two games.

But just because San Francisco is perfect so far this preseason doesn’t mean it’ll cover the Chargers vs. 49ers spread.

Tierney knows the Chargers will take a hard look at their running back position, especially with Melvin Gordon holding out. Justin Jackson, a 2018 seventh-round selection from Northwestern, leads Chargers running backs in rushing this preseason with 68 yards and one touchdown. He played in 13 games last season, rushing 50 times for 206 yards and two scores.

Second-year back Austin Ekeler, who rushed for 554 yards and three touchdowns in 14 games last year, is fourth this preseason in rushing on the team with 60 yards on 12 carries. Also trying to make a push up the depth chart is Troymaine Pope. In three games, he has 51 yards rushing.

Who wins 49ers vs. Chargers? And which critical X-factor makes one side of the spread hit hard? Visit SportsLine now to see which side of the Chargers vs. 49ers spread to back on Thursday, all from the acclaimed expert who went 63-46 on NFL picks against the spread last season, and find out.