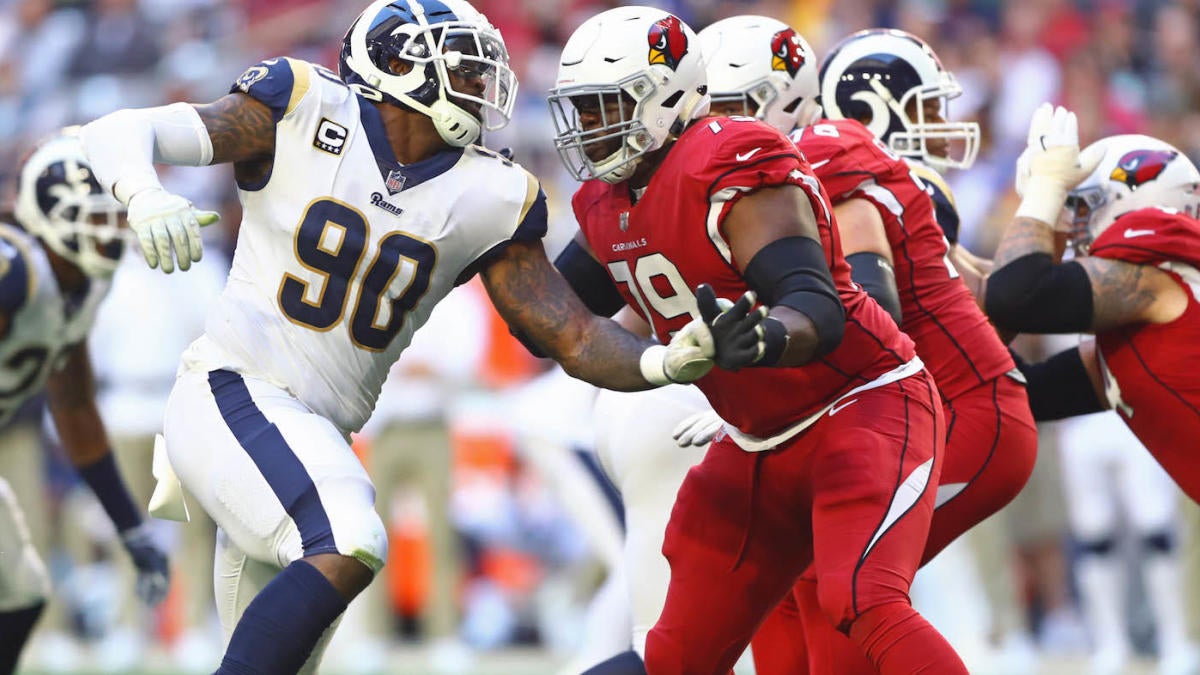 The New England Patriots are wheeling and dealing as they gear up for the regular season.

On Wednesday, the reining Super Bowl champs traded for Korey Cunningham in a deal with the Arizona Cardinals, the offensive lineman announced on Instagram. Field Yates of ESPN reports that the expected compensation for Cunningham is New England sending a sixth-round draft pick over to Arizona.

On top of that, Jim McBride of The Boston Globe was first to report that New England has also struck a deal with the Baltimore Ravens to acquire offensive lineman Jermaine Eluemunor.

In Cunningham, the Patriots are getting a 6-foot-6, 305-pounder, who was a seventh-round draft choice of the Cardinals in 2018 out of Cincinnati. He made six starts last season and Pro Football Focus graded him as a 60.4 overall. He allowed two sacks, two hits, 14 hurries and was flagged for four penalties.

Eluemunor has spent his entire career in Baltimore after they selected him in the fifth round of the 2017 NFL Draft out of Texas A&M. The 6-foot-4, 335-pounder has played in 17 games over his career with three starts and has experience playing both at tackle and at guard.

Cunningham will likely serve as New England’s swing tackle behind starting left tackle Isaiah Wynn and starting right tackle Marcus Cannon. Eluemunor likely steps into the top backup role at guard with Ted Karras coming into the starting center spot for David Andrews, who is currently dealing with blood clots in his lungs.

New England is currently looking at Wynn, Cannon and Cunningham to stay on the 53-man roster at the tackle positions, while the rest of the starting offensive line will likely consist of left guard Joe Thuney, center Ted Karras, right guard Shaq Mason.

Fourth-round interior offensive lineman Hjalte Froholdt is one other lock to make the Patriots’ opening roster.

With Cunningham’s arrival, Dan Skipper, who originally signed with the Patriots’ practice squad back in January, is now on the outside looking in to make the team. Fellow offensive lineman Cole Croston also may face an uphill battle now to make the roster, but his ability to play all along the offensive line does give him an added edge.

The Patriots will likely be active on the trade market and waive wire as NFL teams make their final roster cuts this weekend, so these moves could simply be the first dominos to fall in a very active period on their calendar.