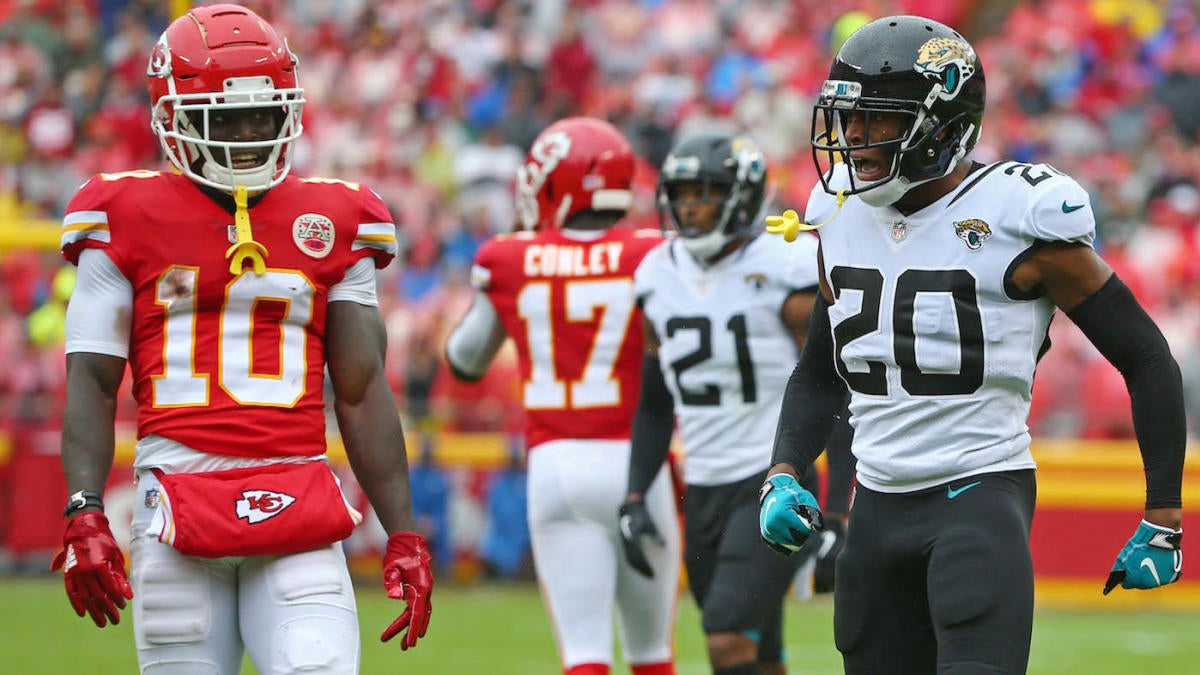 The NFL has a pretty loaded slate of game throughout opening weekend of its centennial season. While Packers-Bears and Steelers-Patriots headline some of the better games, you can add another showdown that will surely bring a little more spice to Week 1.

Jaguars defensive coordinator Todd Wash noted on Wednesday that Ramsey will shadow Hill as Jacksonville is set to host the Kansas City Chiefs in their 2019 opener.

Of course, this head-to-head carries a bit more weight than just your standard star receiver vs. star corner.

Ramsey and Hill have history.

Before squaring off back in October, Hill noted that he was looking forward to facing Ramsey and hoped that he’d have that chance to match up against the top dog and compete against elite talent to further prove himself as a pass catcher. Ramsey then responded to Hill’s words calling the Chiefs star a “return specialist.”

Ramsey and Hill then went toe-to-toe in that contest, and the Chiefs receiver was held to just four catches for 61 yards on seven targets. While Ramsey go the better of Hill on that day, he still finished with 87 receptions for 1,479 yards and 12 touchdowns on the season, so clearly Hill has proved he’s much more than a “return specialist.”

Heading into that Week 1 tilt, it’ll be curious to see if these two spark back up their war of words to add even more juice to opening weekend.