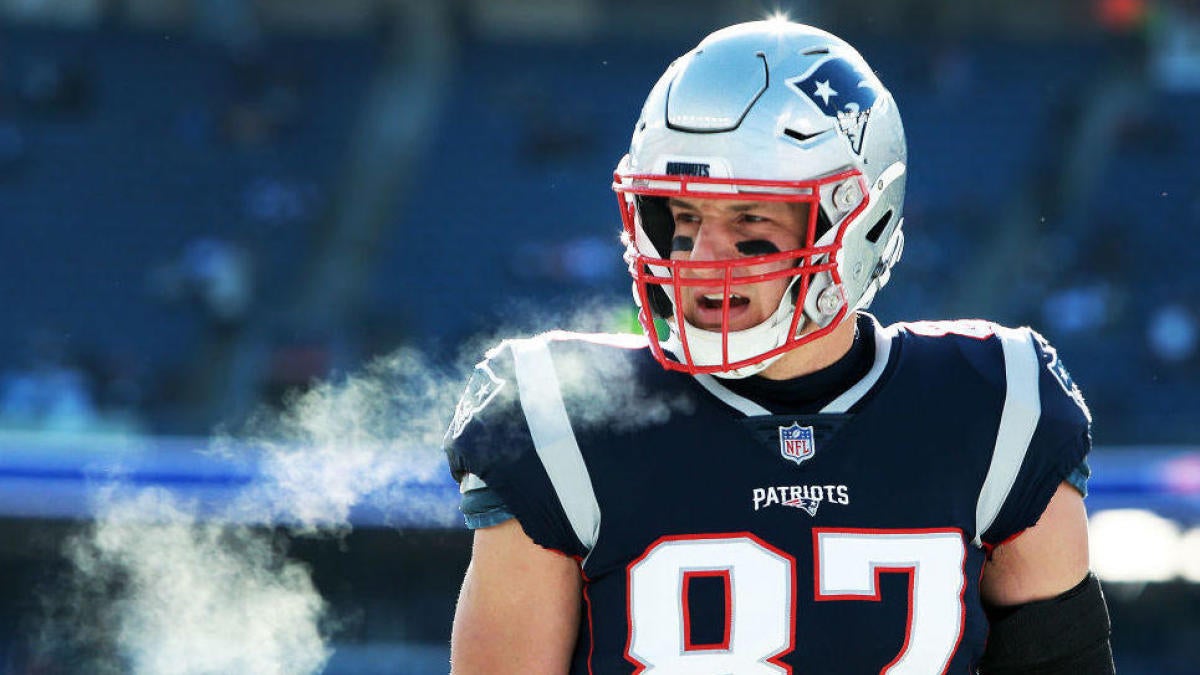 Rob Gronkowski has a new mission in his post-NFL life.

The former Patriots tight end held a press conference in New York City on Tuesday to announce that he is partnering with Abacus Health Products, a company that will help produce topical CBD products called CBDMEDIC. Gronkowski will be an advocate for athletes to use these products in their recovery and will implore professional leagues like the NFL, NBA, MLB and NHL to further adopt them as well. It should be noted that CBD is currently a banned substance in the NFL.

This event was teased as Gronkowski announcing a big decision about his future, so there were naturally some who held a glimmer of hope that the tight end would announce his return to the New England Patriots. When asked about his decision to retire, Gronkowski began to choke up and revealed that he wasn’t in a good place mentally or physically.

He continued: “I needed to walk away cause I needed to do what was best for myself at that moment. I truly needed to be selfish for once in my life and walk away.”

Gronk said that a hit to his quad during Super Bowl LIII caused internal bleeding and led doctors to drain 1,000 milliliters of blood out of his quad over the course of three procedures. He noted that at the time of the hit he realized that he knew he’d be walking away from from the NFL. When talking about the injury, Gronkowski again got emotional, tearing up as he said he “couldn’t sleep for more than 20 minutes a night.”

The 30-year-old did relay that he’s in good health now thanks in part to the CBD treatment he’s been taking.

When asked about a comeback to the NFL, Gronkowski didn’t rule it out entirely. He gave a wide ranging timeline saying it could be possible in three months or two years, but nothing in the foreseeable future.

Gronkowski said that he could physically play right now, but mentally he is not there. He also made it a point to say that even if he’s physically and mentally able to step back onto the field, if he’s enjoying his life away from football, he’d stay retired.