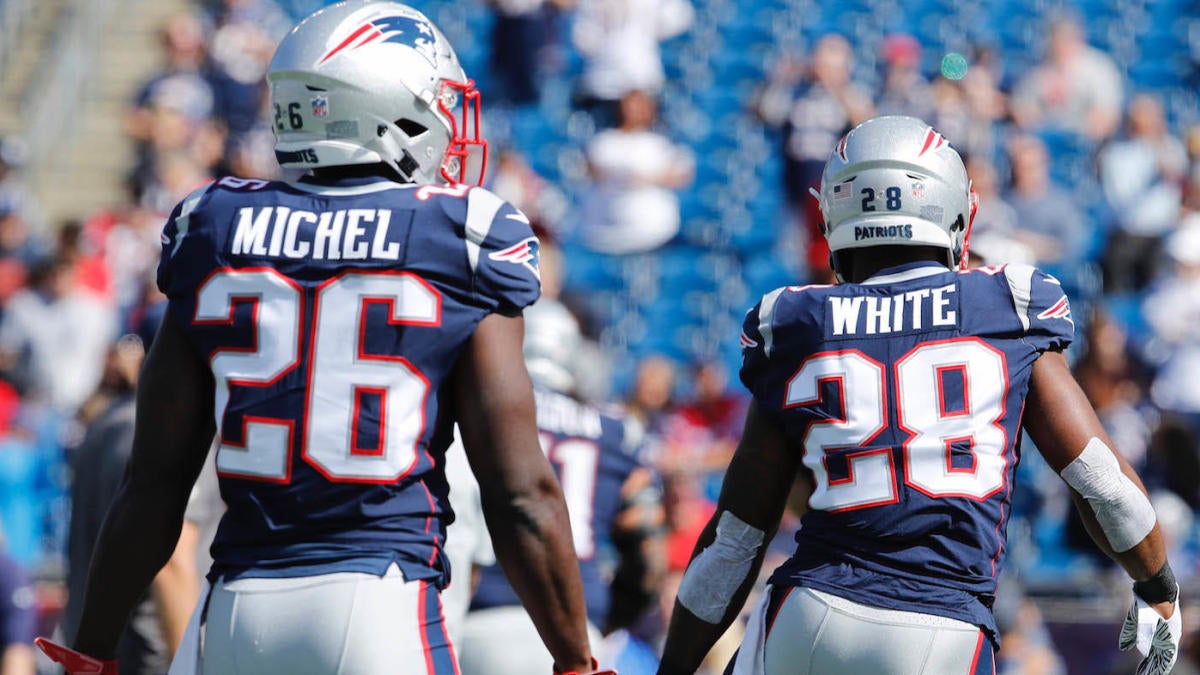 When you think of the New England Patriots offense, it’ll take you a couple of minutes before you start talking about the backfield.

First (and rightfully so), you’ll start under center with Tom Brady, make your way to Super Bowl LIII MVP Julian Edelman and the rest of the receivers, maybe give recently retired tight end Rob Gronkowski a mention and then turn your attention to what the reigning champs have going on in that running back stable.

By the end of 2019, however, this unit is poised to put themselves on the map throughout the entire NFL.

Despite coming off another Lombardi Trophy-winning season, the Pats enter 2019 with something of an identity crisis on offense, especially at the skill positions with tight end Rob Gronkowski calling it a career earlier this offseason. For this entire decade, Gronkowski has been a pillar to how the Patriots moved the ball offensively even if it wasn’t directly in his hands.

With him now out of the picture and no suitable replacement on the roster at the position, Bill Belichick and Josh McDaniels are forced to change how they do business.

That change will likely be the Patriots turning to their extremely versatile backfield.

As things stand currently, it’s arguably the deepest position on the roster, highlighted by Sony Michel, James White, Rex Burkhead, Damien Harris, and Brandon Bolden, who are all seemingly locked to make the opening 53-man roster. That’s also not mentioning fullback James Develin, who has proven to be a timely weapon when the Patriots call his number.

First, it’s important to point out that New England was already a run-heavy team in 2018. They ranked third in the NFL in rushing attempts per-game, only being out-run by Baltimore and Seattle. Even with an all-time quarterback at the helm, the Patriots know the importance of running the football and have shown they are more than willing to hand the ball off when the situation calls for it.

At the NFL on CBS Media day earlier in August, CBS Sports analyst Rich Gannon broke down why the Patriots have made the shift to run-oriented attack as Brady enters his age-42 season.

But running the ball was just one way the Patriots attacked opposing defenses with their backfield. Thanks to arguably the best pass-catching back in the game in James White, New England utilizes their backfield in the passing game as good as anyone.

In all, the Patriots logged 1,119 offensive snaps in 2018. 478 of those were rushing attempts, while there were 171 passes thrown to either White, Michel, Burkhead or Develin. When you add that all up, that means New England turned to their backfield on a given play nearly 58% of the time last season.

Even if that percentage stays the same for 2019, the Patriots could improve on their efficiency. According to Football Outsiders, New England was the ninth most efficient rushing team last season, despite being top-3 in attempts.

That responsibility to improve on those totals will mostly fall on the shoulders of Michel. Now that he’s entering Year 2 of his career, he should see an uptick in efficiency this season. The 2018 first-round pick is building off a rookie campaign where he totaled 931 yards on 4.5 yards-per-carry and six touchdowns in 13 games played in the regular season.

With him healthy entering 2019, there should be a noticeable increase in production.

As for White in the passing game, Football Outsiders had him ranked third in the league in DYAR only behind Kareem Hunt and Alvin Kamara. Where he could see an increase in production is in the red zone. Already he’s been a reliable weapon for Tom Brady in that area catching 16 of his 22 targets in the red zone last year for 117 yards and seven touchdowns. With question marks surrounding most of the New England’s pass catchers, Brady will likely double-down with White when they get within striking distance of the end zone.

With Damien Harris and Burkhead, they’ll serve as complementary pieces to both Michel and White, but they have the potential for even bigger roles in 2019. If Burkhead can stay healthy (which is no sure thing), he’s shown the ability to work in-between the tackles and move out as a receiver in the slot at times in New England’s offense.

In Harris, the Patriots are getting a back who split time with Raiders first-round Josh Jacobs at Alabama and averaged 5.8 yards-per-carry his senior season for 876 yards and nine touchdowns. While he may not see a ton of volume during his rookie year, he’ll be insurance for New England so they won’t have to resort to finding the next Cordarrelle Patterson to place in their backfield.

What makes this unit even more lethal beyond these numbers we’ve already mentioned is that they don’t shoot themselves in the foot. They hang on to the ball, fumbling just twice last season.

This is a long way of saying that the Patriots running back group can’t be slept on. They had a strong 2018 campaign and have only gotten more experienced, deeper and healthier over the course of the offseason.

Look out NFL, New England’s backfield is ready to roll.