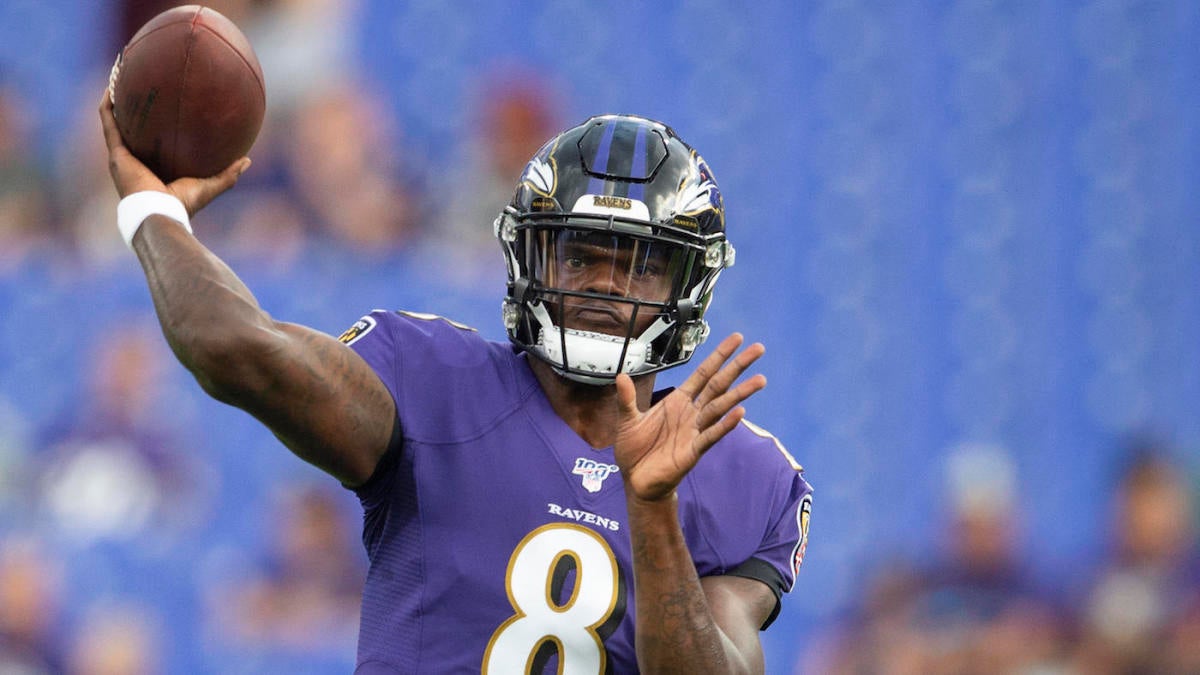 Lamar Jackson is looking to rely more on his arm in 2019 than he had throughout his entire rookie season with the Ravens.

Baltimore’s signal caller appeared on Mad Dog Sports Radio on Monday and was asked by CBS Sports Network’s Adam Schein what the ideal run-to-pass ratio would be for him in Year 2.

“Probably throwing, probably 30 passes a game,” Jackson said. “Running, I probably won’t have as many attempts as last year. We have a great backfield and we’re just going to take what the defense gives us and take advantage of it and just go from there.”

The 2016 Heisman Trophy winner didn’t have a single game last season where he dropped back and passed 30 or more times, so this would be quite the change of pace for him. During his eight starts under center last season, Jackson averaged 23.4 passes a game, with the highest (29 attempts) coming in Baltimore’s playoff loss to the Chargers on Wild Card Weekend.

As a runner, Jackson logged 147 carries during his rookie campaign last season, which was the most attempts by a quarterback since the AFL-NFL merger. Even with Jackson looking to throw more often in 2019, odds are he’ll continue to use his legs as a primary weapon. After all, he was lethal he decided to run, rushing for 695 yards and five touchdowns.

“Last year it was a lot of (when) things break down, I just used my legs,” he said. “Not trying to force anything — no forced turnovers or anything like that. I’ve been working on ball security this year. I had a lot of fumbles, fumbles that really shouldn’t have been fumbles, but it happened and it’s going to be a dramatic change this year.”

Ravens head coach John Harbaugh did say to “bet the over” when asked earlier this summer if Jackson would see similar rushing totals to Cam Newton’s 139 attempts in 2017. That said, it looks like we’ll be seeing a little more of a well-rounded version on Jackson when the Ravens take the field in 2019. And if he can pull it off and be just as successful with his arm as he is with his legs, then Baltimore owns one of the more electric quarterbacks in the entire NFL.