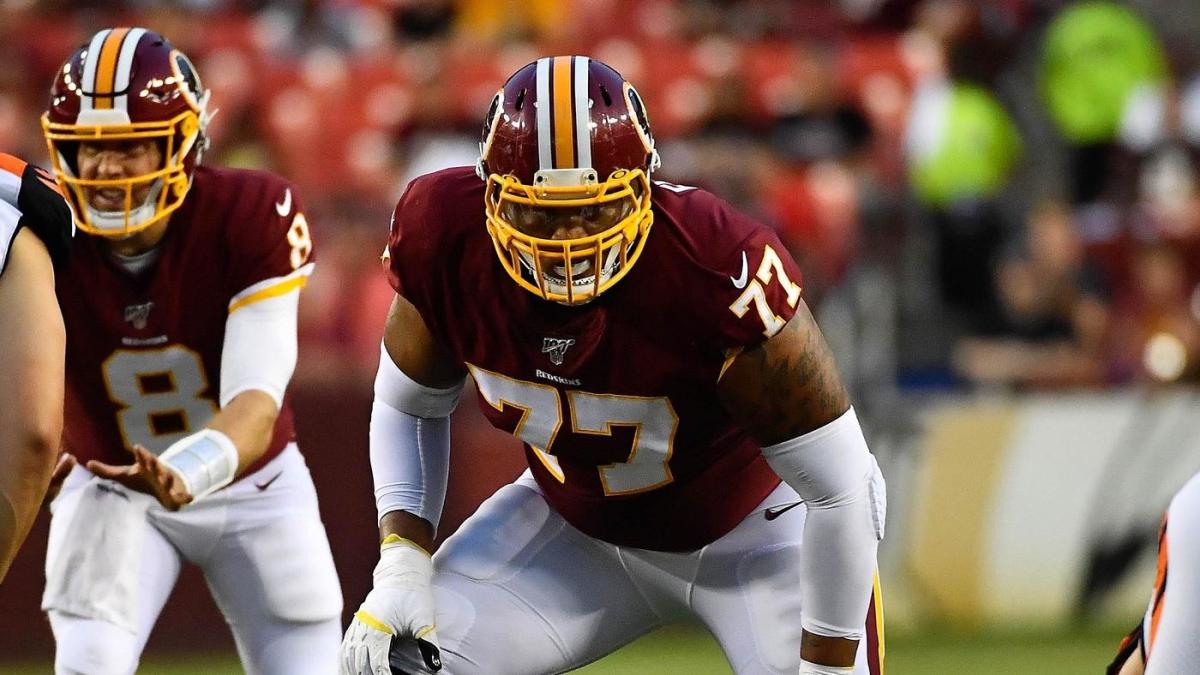 “Right now, Ereck Flowers is the left guard,” Gruden said to reporters Tuesday. “Wes Martin is going to get a lot of reps in this game coming up. He’s done a good job learning the offense and coming in as a rookie, he’s done a lot of good things. We have some other guys competing as well, but right now that’s where we’re going.”

Flowers is the most experienced of the candidates (in terms of NFL experience) at guard, despite learning the position for the first time this offseason. Flowers was taken by the New York Giants with the No. 9 overall pick in the 2015 NFL Draft and spent his first four seasons in New York before he was released. He was then picked up by the Jacksonville Jaguars, where he got another chance to start. Flowers has struggled mightily at the tackle position since entering the NFL, allowing an average of 53 pressures, 38 hurries and five sacks a season. Flowers was never able to recover from a disastrous rookie season in New York while he allowed 69 pressures, five sacks and 17 quarterback hits in 616 pass-blocking snaps.

Flowers has had his share of struggles with the Redskins, the most notable being this missed block in the third preseason game against the Atlanta Falcons, which went viral on Twitter last week.

Flowers has shown some progress in the run game too, not all doom and gloom at his new position.

Flowers may be a bridge for Martin, the left guard from Indiana whom the Redskins selected in the fourth round of April’s draft. Martin started the final 37 games of his collegiate career and was named a William V. Campbell Trophy semifinalist as well as an Honorable Mention All-Big Ten by the coaches and media. Martin has the toughness to play physical on the offensive line, but needed to improve on his drive blocking in his rookie season.

Gruden may just be giving Flowers the opportunity to start until Martin is ready. If Flowers performs well, it’s a win-win for Gruden and the Redskins.