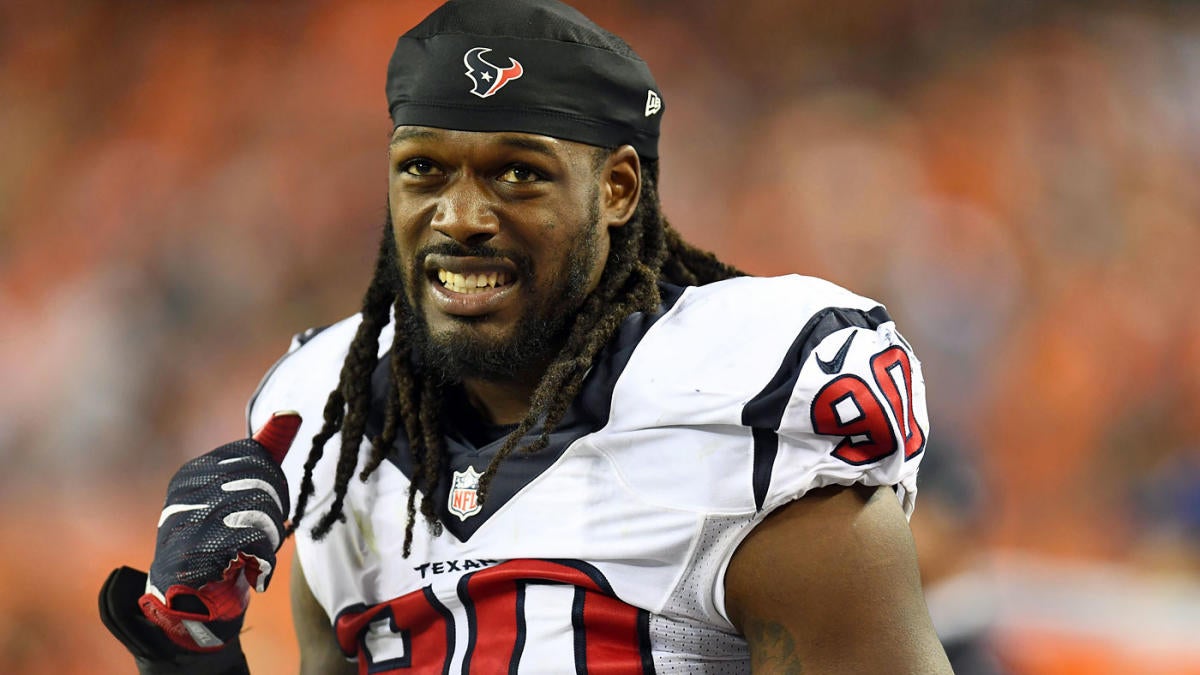 Almost six months after the Houston Texans placed their franchise tag on him, Jadeveon Clowney has fired the agent who had been helping him hold out for more money in 2019.

That’s according to NFL Network’s Tom Pelissero, who reported Tuesday that the star pass rusher recently axed longtime representative Bus Cook because he’s “unhappy with the state of talks about his future.” Clowney was originally expected to end his holdout from Texans training camp this week, Pelissero said, but he remains unsigned after refusing to ink the one-year, $15.9 million tag Houston applied back in March.

It remains to be seen just what this means for Clowney’s immediate future. After failing to strike a long-term agreement with the Texans before the NFL‘s deadline for extensions of tagged players in July, the former No. 1 overall draft pick reportedly filed a grievance through the NFLPA to be classified as a defensive end instead of a linebacker — a designation that would give him an additional $1.17 million under the tag in 2019. His absence has fueled speculation of a potential trade, with the Houston Chronicle’s John McClain suggesting recently the Texans already have a deal “worked out” to ship Clowney elsewhere.

CBS Sports’ Joel Corry believes a trade of Clowney will ultimately be too difficult to complete before the kickoff of the 2019 season — unless the Texans accept less-than-reasonable compensation or strike a rare player-for-player deal, which may not be out of the question considering coach Bill O’Brien continues to serve as the team’s fill-in general manager.

Wherever Clowney plays in 2019, he figures to rank among the league’s top pass rushers. The three-time Pro Bowler has played all 16 games just once in his five-year NFL career, but when he’s been on the field, he’s teamed up with J.J. Watt to form one of the most disruptive duos in the game. The 26-year-old has posted 18.5 sacks and three forced fumbles over the last two years.