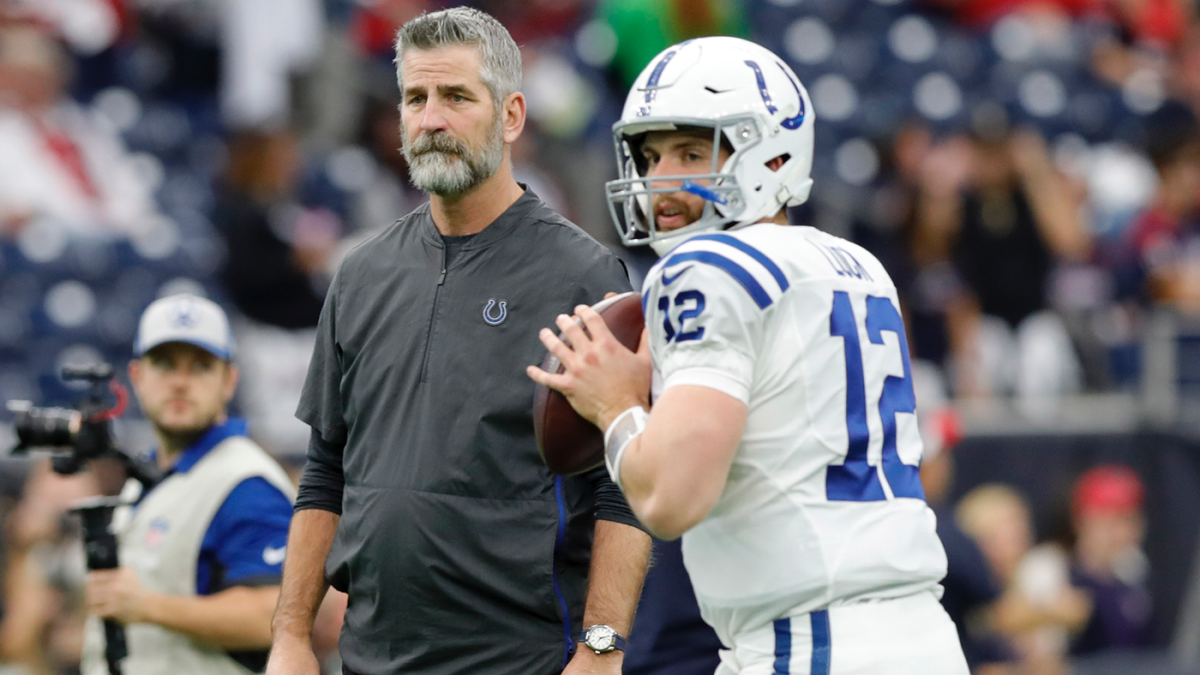 Andrew Luck left many Colts fans in a disillusioned state after abruptly announcing his retirement following last Saturday’s preseason game. Luck said that the constant cycle of “injury, pain, recovery, and injury” is what ultimately led him to retire after just six active seasons in the NFL.

Two days after Luck’s announcement, Indianapolis head coach Frank Rich delivered a five-minute statement that detailed his thoughts on Luck’s retirement as well as the Colts’ plans to move forward without their former Pro Bowl quarterback.

“It’s not often that we share intimate details of a team meeting,” Reich said at the start of his statement, “but today’s gonna be one of those rare exceptions.

“This morning at our team meeting, [Colts GM] Chris Ballard and myself spoke to the team about the events of the last few days, and just thought it was a good moment. Chris had a lot of amazing things to say. And sometimes, as a team, we talk about a theme or a word that helps us make sense of things, helps put categories and context in.

“This morning, we talked about the word paradox. A paradox is a statement in which it seems that if one part of it is true, the other part cannot be true. For example: everyone makes a unique contribution on this team, yet everyone is replaceable. We can deeply love and respect and care or each individual, yet the team must come first.

“Therefore, when it came to Andrew’s retirement, that word paradox helps me [and] can help us make sense of what’s going on. On one hand, we can respect and honor the player and teammate that Andrew is and was. But at the same time, we can share an excitement and an enthusiasm about the team that we have going forward and the journey ahead of us. Ultimately, it isn’t about how good any one player is. It’s not. It’s about how good we are as a team.”

Reich then addressed Luck’s retirement. He said that someone recently asked him if Luck had let himself, his former teammates and the Colts’ organization down by deciding to retire.

Reich, who is entering his second season as Indianapolis’ head coach after guiding the team to the divisional round of the playoffs in 2018, then turned his attention to Colts fans. He assured them that, despite the recent events surrounding the team, Indianapolis remains focused on the task at hand.

“This locker room is special,” Reich continued. “There is a character quality and a passion for this game and this city and what the horseshoe represents that is special. We believe that our players will rise to that challenge and that occasion. We’re ready for the journey ahead. We believe that we have the right formula for what it takes to have a successful journey. We’ve got the right makeup, we’ve got the right locker room …  We have the talent, this is a very talented football team in all three phase. We have a vision. Colts fans know what our vision is: we’re all about the process. Get one percent better every day and go 1-0 every week.”

A former quarterback himself who once engineered the greatest comeback in NFL postseason history, Reich paused, then smiled before reading the final part of his statement. Fittingly enough, Reich ended his statement by quoting his former head coach with the Buffalo Bills, Marv Levy, who knew a thing or two about overcoming obstacles after losing four consecutive Super Bowls.

“There’s gonna be challenges along the way,” Reich said. “We know that for sure. That’s what climbing Mount Everest is all about. There’s nothing easy about it, not one thing easy about it. But I can’t help back to an old saying to an old coach used to say all the time and that’s this: ‘There’s no place I’d rather be than right here, right now.'”