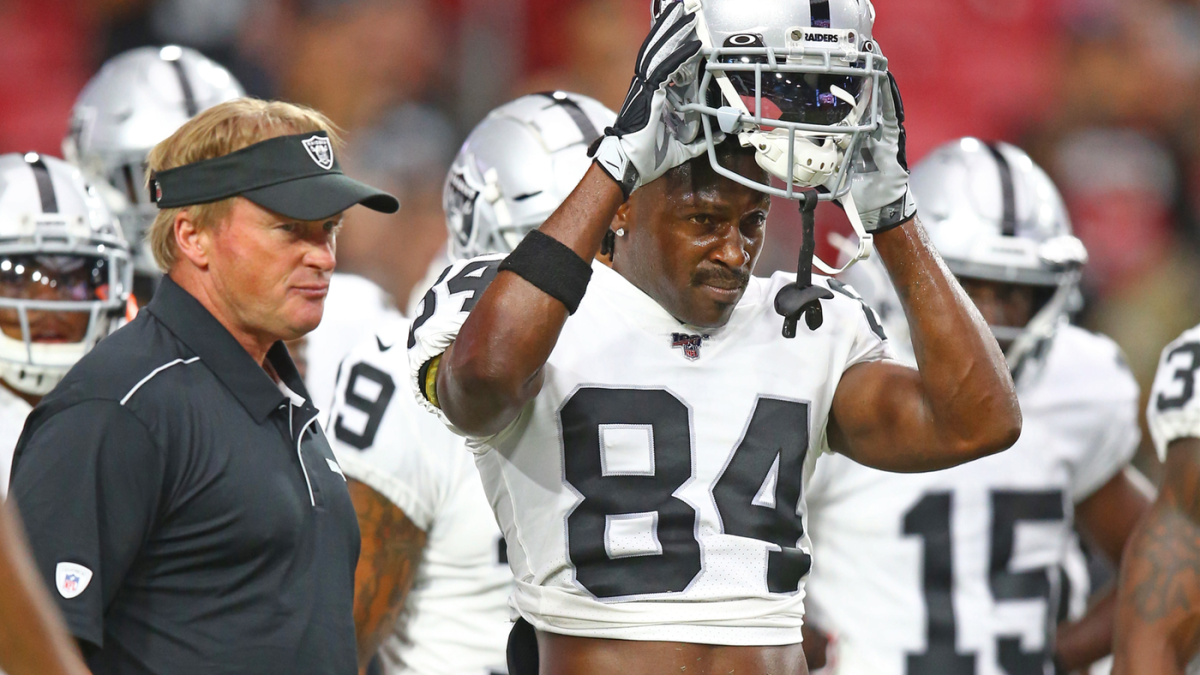 Few teams are entering the 2019 NFL season with as much intrigue as the Oakland Raiders.

“Hard Knocks,” of course, helps their cause just a little bit, but Antonio Brown has done enough on his own to keep the team in the news. Throw in Jon Gruden, a make-or-break season for Derek Carr, the Raiders’ impending move to Las Vegas and … yeah, it’s easy to see why everyone’s anxious to see what the future holds for the silver and black.

As the real games finally draw near, we decided to project just that — and our crystal ball has both good and bad coming to the Raiders in 2019. Here are five bold predictions for Oakland’s upcoming season:

Everyone likes to poke fun at AB after his whirlwind of an offseason. (OK, “whirlwind” is putting it lightly.) And most of the criticism/skepticism is warranted. For crying out loud, we didn’t know if this guy was going to be playing a few weeks ago, all because of his undying desire to wear a specific kind of helmet. Doesn’t matter. When the games begin and No. 84 starts running routes again, we have no reason to believe he won’t continue to be what we’ve all been calling him for years — the best all-around wideout in the game. Outside of Pittsburgh, he’s due to hit some transitional bumps. But “bumps” still means something like 1,200 receiving yards if Brown’s career is any indication. He’ll be just fine — at least on the field.

Like Brown, Carr has been a hot target of criticism as of late — either because of his occasionally awkward “Hard Knocks” lines or because, well, he hasn’t been a very good quarterback for two years. It seems like a long time ago now that Carr was the talk of the NFL, the front-runner among up-and-coming QBs and a legitimate MVP candidate. But if ever there were a time for the Fresno State product to silence some of the critics, it’s this year. Say what you want about AB, but Brown can boost Carr’s confidence and production. Throw in Josh Jacobs on the ground, a severely overlooked Tyrell Williams, a hotshot youngster in Hunter Renfrow, and all of a sudden, it shouldn’t be hard to envision a drastic statistical improvement for No. 4.

Here’s where the bold predictions start taking a turn for the worse. Carr should be much improved, if only because of his supporting cast, and Brown should still have little trouble posting another 1,000-yard season, but it’s hard to look at Oakland’s defense and feel too inspired. The Raiders were bad in 2018, finishing 26th in yards allowed per game and dead last in points allowed per game. Gruden and Mike Mayock didn’t sit on their hands in addressing the unit this offseason, but are we really expecting guys like Vontaze Burfict, Brandon Marshall and Daryl Worley to headline a turnaround? Clelin Ferrell and Johnathan Abram might be cornerstone pieces, but they’re also rookies. Oakland could easily improve in the points-allowed department, but overall, in a division with multiple matchups against the Chiefs and Chargers, they’re at least a year away from looking formidable.

In today’s NFL, a high-flying offense can mask a porous defense (see: Chiefs). The thing is, the Raiders aren’t going to be nearly as high-flying as they need to be to both a.) mask their “D” and b.) overcome their division. Oakland can and should steal some games this season. It’d be a major disappointment if the team doesn’t add at least two wins to 2018’s win total. Everyone can talk themselves into a playoff run in August, however, and it’s just hard to see where the Raiders are going to find the number of victories they’ll need to leapfrog the Chiefs, Chargers and improved Broncos. Something like a 6-10 finish sounds bad if you’re a Raiders fan, but it’s not crazy. Even if we project a five-win jump from 2018, I doubt 9-7 gets you into the dance out of the West.

5. Jon Gruden will be welcomed with open arms for Year 3

These predictions have gone up and down like a yo-yo, but that’s just the reality of the team right now. Are the Raiders close to being contenders? Unless you bleed silver and black, I’m not sure how you can think so. Carr at his peak might keep you in a game against Patrick Mahomes, but the present-day Raiders simply are not good enough to unseat the present-day Chiefs and then make an actual playoff run. And yet, we must also ask: Are the Raiders at least further along in Gruden’s initially incomprehensible rebuild? The answer is absolutely. Even if Carr and/or AB aren’t around for the long haul, Gruden has some solid building blocks (Abram, Ferrell, Jacobs) with a clean slate coming in Vegas. If he can finish 2019 at or around .500, he’ll have proof of progress and all the more reason for Nevada (!) to believe a playoff berth is finally the next step.