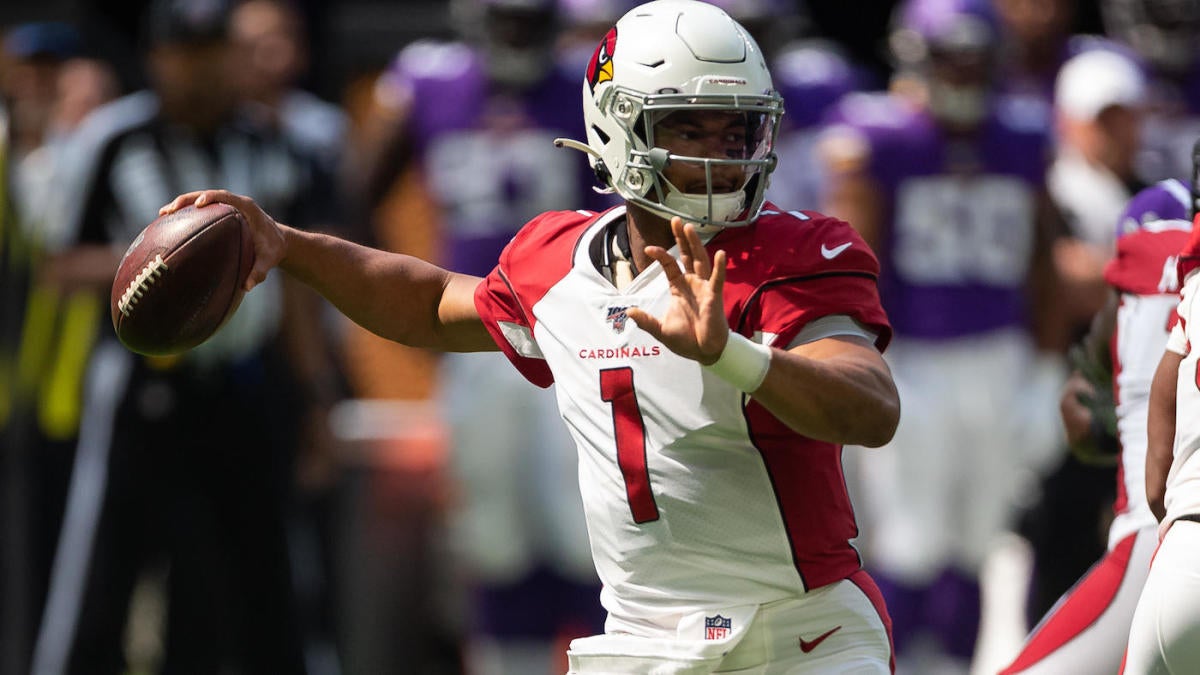 A lot can change in a year.

If you were to go back a year from right now, the Cardinals were looking forward on seeing what No. 10 overall pick Josh Rosen was capable during his rookie season, while Steve Wilks was gearing up for his first campaign as head coach.

Well, the 2018 season wasn’t too kind the Cards. They owned the worst record in football, Rosen didn’t flash as much as they’d hoped and they ended up firing Wilks. Arizona then reset by drafting Oklahoma quarterback Kyler Murray with the top-overall selection back in April, traded Rosen to the Dolphins and hired former Texas Tech head coach Kliff Kingsbury to run the show.

It’s a new era in Arizona and, with that, let’s take a look at some bold predictions for the Cardinals in 2019.

Kyler Murray’s rookie season will have some bumps along the way, but in all, the top-overall pick in the 2019 NFL Draft will flash his potential plenty during his rookie campaign. Because of the strong running game and viable pass-catching weapons around him, Murray will see a similar season to his former teammate at Oklahoma and fellow former No. 1 overall pick Baker Mayfield.

Last year, Mayfield was able to throw for 3,725 yards, 27 touchdowns and 14 interceptions in 14 games played. With Murray, he’ll see a similar passing stat line over the course of this season, but will go well over Mayfield’s 131 yards rushing total from a season ago. In Kliff Kingsbury’s offense, Murray’s rushing ability will be on full display and put him right at the forefront of Offensive Rookie of the Year discussions.

Really, Murray’s rookie season will prove that he is a franchise cornerstone.

It’s been a while since we’ve seen David Johnson at the height of his powers. His 2016 breakout campaign of 2,118 yards from scrimmage and 20 total touchdowns seems like a lifetime ago. He missed the bulk of the 2017 season due to a wrist injury and then 2018 saw his production dip thanks to team solely focusing to stop him on offense.

With Kyler Murray at the helm and inside Kliff Kingsbury’s new offense, however, Johnson will see a resurgence. You’ve got to remember what was considered a bad season for Johnson, he was still able to rush for 940 yards, rush for seven touchdowns and catch 50 balls for 446 yards and three more scores. That’s a career year for most backs in the league.

Now that he’s further removed from his wrist injury and in a new offense with a new quarterback, Johnson will turn back into the player we remember from 2016 and lead the league in total yards from scrimmage.

Larry Fitzgerald is truly an ageless wonder. He’s heading into his 16th(!) season in the NFL and can still hang with the rest of the pass catchers in the league.

2018 saw Fitzgerald’s overall numbers dip to just 734 yards receiving, but that was really due to the lack of opportunity. He maintained his 10.6 yards per-catch average that he totaled in 2017, but saw 49 fewer targets. His catch percentage went down around 6% from 2017 to ’18, but that could simply be due to subpar play under center.

Because of the new receiving weapons adding into this group over the course of the offseason, I’m skeptical if Fitz goes back over a thousand yards receiving for the year, but I do think we see him become a bigger presence in the red zone. The veteran will be a much-needed safety valve for Kyler Murray when it comes time to score and that will result in Fitzgerald posting double-digit touchdowns for the first time since 2013.

Patrick Peterson’s time with the Arizona Cardinals will soon come to a close.

At some point this season, the franchise will trade away their once-star corner. This is hardly the first time that Peterson’s name has been mentioned in the same breath as leaving the franchise, as he demanded (and later rescinded) a trade last year. It ultimately never came to fruition, but Peterson will finally get his wish this time around.

Peterson’s contract is much easier to move now than it was a year ago. While he still has a sizable cap hit of $11.1 million and $13.1 million over the next two seasons, Peterson’s dead cap hit is just $1.2 million and around $600k over that time respectively.

He is suspended for the first six games of the season after violating the league’s performance enhancing drugs policy, but his return will give the Cardinals plenty of time to showcase that he’s ready to play before moving him.

With them not being in contention for the playoffs, the smart play is to move on from him and recoup whatever value you can.

Strictly speaking about their record, the Cardinals find themselves in the same spot as last year.

Unlike last year, however, there is optimism in Arizona. Kyler Murray shows the proper flashes, Kingsbury proves to be a viable coach and the foundation begins to be set.

But Rome wasn’t built in a day.

The Cards have a good shot a clipping the Lions in the opener, beating the Bengals in Week 5 and then taking down the Giants at MetLife, but other than that it’ll be an uphill climb. After the bye week (they play the Rams twice, Steelers, Browns and Seahawks) will be particularly tough.

That said, there will be enough promising moments to feel good about the direction Arizona is going heading into the new decade.