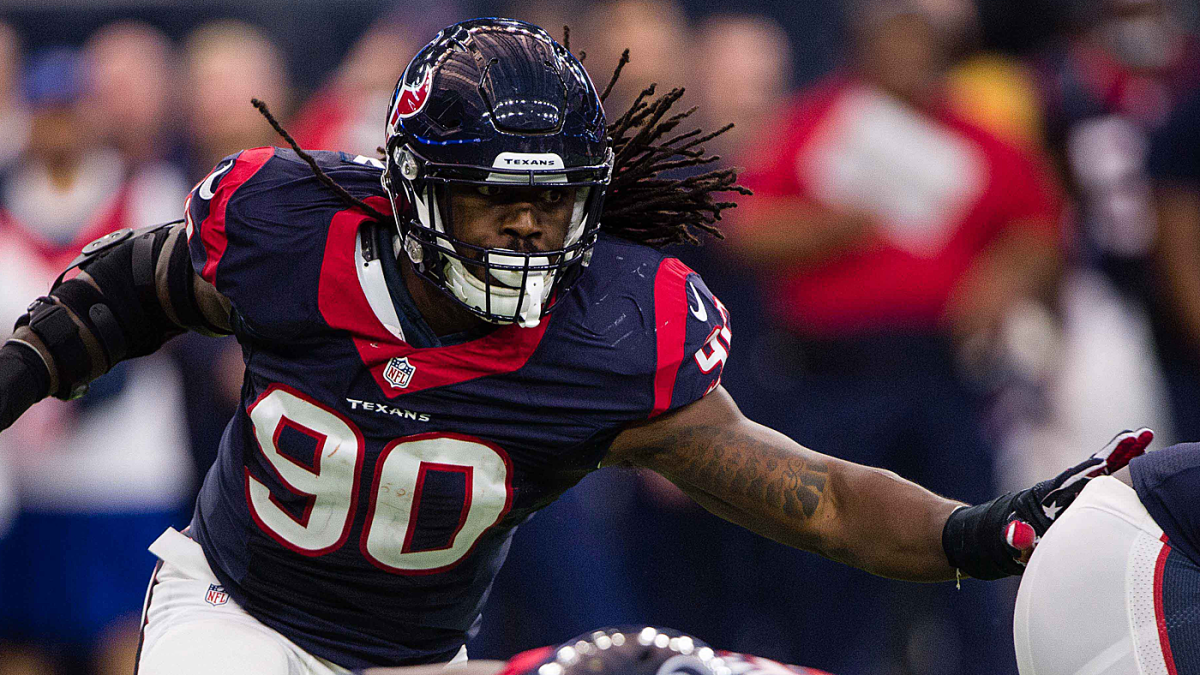 If Jadeveon Clowney is willing to sign off on a trade between the Houston Texans and Miami Dolphins, the veteran pass-rusher could soon be taking his talents to South Beach. According to the Houston Chronicle, the Miami Dolphins are ‘very interested’ in trading for Clowney. However, a deal hasn’t been done yet because there’s one kind of big issue standing in the way: Clowney doesn’t really want to play for the Dolphins.

Apparently, Clowney would prefer to play for either the Seattle Seahawks or Philadelphia Eagles, although that doesn’t necessarily mean that Miami is out of the picture. As a matter of fact, the Dolphins are so desperate to land Clowney that they actually flew him down to Miami last week so that he could meet with the team’s top brass. According to NFL.com, Clowney met with Dolphins coach Brian Flores and other members of the team’s front office during the trip.

The problem for the Dolphins (and the Texans) is that any trade involving Clowney will be tricky to pull off for several reasons. For one, Clowney has all the leverage. Since he was hit with the franchise tag back in March, that means the Texans can’t legally trade him until he’s actually signed the tag, which he still hasn’t done. Basically, if Clowney doesn’t want to be traded somewhere, he can just not sign his franchise tag.

Of course, if Clowney refuses to sign the tag, he’ll be missing out on some serious money. Under terms of the franchise tag, Clowney will make $15.97 million in 2019 once he signs it, which means he would miss out on roughly $940,000 per week for every game that he misses (Clowney actually could make as much as $17.13 million in 2019. The veteran pass-rusher was tagged as a linebacker, but filed a grievance in hopes of getting his position switched to defensive end — that tag pays more money).

Basically, unless he’s willing to miss out on $940,000 per week, he’s going to have to sign it at some point, it’s just a matter of when.

On the Dolphins’ end, the problem with trading for Clowney is that there’s no guarantee that he’ll stay in Miami. Since he was hit with the franchise tag, the Dolphins aren’t allowed to negotiate a long-term deal with him until after 2019. Giving up a lot of compensation in this deal would be risky for the Dolphins since they don’t know if Clowney will play more than one year in Miami.

The other two wrenches that have been thrown into this situation is the fact that Clowney doesn’t have an agent and the Texans don’t have a general manager. Clowney actually fired his agent at some point in the past week, which means he’s the only one who’s going to have any input in where he lands.

If Clowney doesn’t want to play in Miami, then he just won’t sign his franchise tag and the Texans can’t trade him. Texans coach Bill O’Brien seems to understand the quagmire that his team is in. Over the weekend, O’Brien made it clear that the ball is in Clowney’s court.

Although the Texans coach has spoken with Clowney, the pass-rusher hasn’t given O’Brien any timeline for when he might show up and sign his tender.

“I think I spoke to him a few times since the end of our season,” O’Brien said. “All the conversations have been good conversations. Very professional conversations, but I don’t have any idea of any specific date of when he will decide he wants to be here.”

Unfortunately for O’Brien, it doesn’t seem like Clowney wants to be in Houston or Miami, which means he might not show up unless the team decides to trade him to Seattle or Philadelphia.