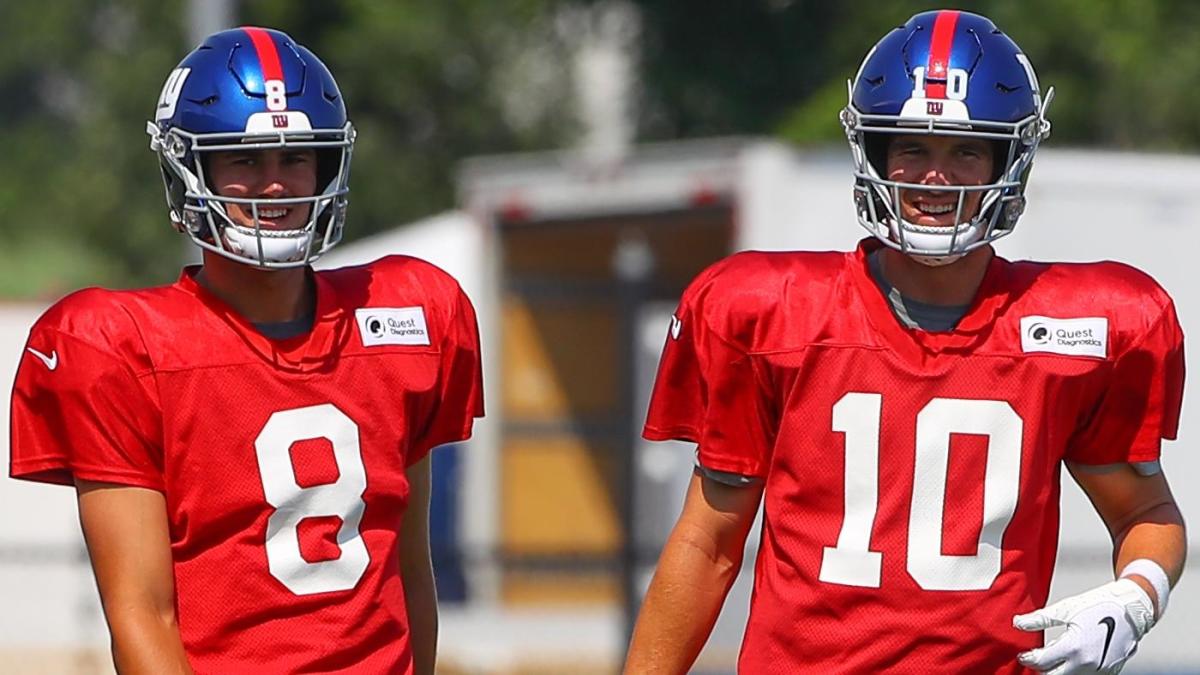 Daniel Jones is being promoted to starting quarterback for the New York Giants. For one night, anyway.

Jones, the sixth-overall pick in this year’s draft, will make his first start Thursday night when the Giants (3-0) head to New England to take on the Patriots (3-0) in New York’s preseason finale.

“I’m certainly excited, but I don’t think the preparation changes a whole lot,” Jones said about Thursday’s game, via The Associated Press. “I think going through the week we’ll do the same things, and I’ll certainly do the same things to prepare myself to play, so in these last three games I’ve obviously known I’m going to play a good bit, so just the same preparation going into this week.”

Jones has had an impressive preseason. In the Giants’ first three exhibition games, he has completed 25-of-30 passes for 369 yards and two touchdowns. He has fumbled three times, however, with two of his fumbles resulting in turnovers.

Fumbles aside, Jones’ performance through three preseason games has been mostly positive. He’s played so well that many fans are clamoring for Jones to start in New York’s season opener against the Dallas Cowboys. Despite his solid preseason, both Giants’ head coach Pat Shurmur and co-owner John Mara have said that Eli Manning will be the team’s Week 1 starter. The team is hoping that Manning, who is entering his final season under contract, will remain the team’s starter for the duration of the season while giving Jones a chance to observe from the sideline.

While he may not start this season, Jones has already mastered the art of handling the New York media. Jones didn’t take the bait when asked if he feels that he would be ready to lead the Giants’ offense during the regular season.

“I feel like I have improved and have made steps in the right direction,” Jones said. “There is a lot to work on, but my job is to be prepared and I trust the plan.”