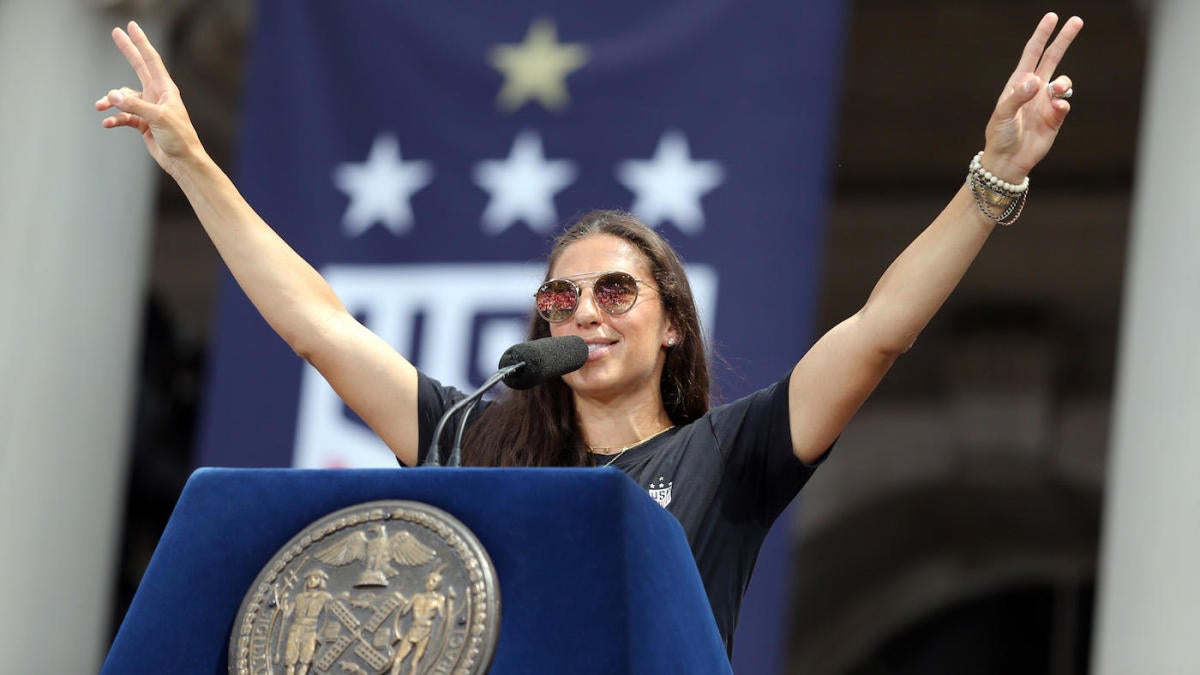 Carli Lloyd has proved her athleticism on the soccer pitch, but after showing off on the football field, she has been presented the chance to become the first woman to ever play in an NFL game.

Last week when a video of the USWNT legend kicking a 55-yard field goal perfectly down the uprights at Eagles training camp went viral, she noted that a few NFL teams had reached out with interest.  Her trainer James Galanis told Fox Sports on Monday that one of the teams that took note of Lloyd’s kicking skills has presented her with the opportunity to join the roster and play in a preseason game.

Lloyd did show interest, according to the trainer, but the proposed game is on the same day as the USWNT’s matchup against Portugal. He is not saying which teams have shown interest or who offered the roster spot, and with all 32 teams playing on Thursday it does not narrow it down, though there are some clear teams who could use the help in the kicker position.

While she did impress at her visit to Philadelphia Eagles practice, picking up a new sport in a matter of days is daunting, even to a superstar athlete like Lloyd. She previously noted that getting used to the pads and the environment surrounding the game would take a while.

“Knowing Carli, I don’t think she would just hop on and do it. She would need a couple of weeks training just to get comfortable and acclimatized,” Galanis said adding that the potential is still very much there, “But things have escalated and it is real.”

Lloyd not being able to play in Thursday’s game does not mean she is going to stop thinking about the possibility, though. Her and Galanis are also not ignoring the magnitude of what this could do for equality in sports and in equality as a whole either.

“We are thinking about what it would do to the sport itself, every sport at every level. She would be the first female that’s really playing with males, and what would it do to the whole equality (issue),” her trainer said.

Lloyd and her teammates have been focused on their fight for equal pay, representation, support and marketing from the U.S. Soccer Federation, so there’s no doubt that an opportunity like this has her thinking about the equality movement.

“It could be a huge pivotal moment. There is no reason why a woman could not do this. And I actually invite the pressure,” Lloyd said.

In an Edmonton Oilers news and rumors update, Tyson Barrie talks about playing with Connor McDavid and Leon Draisaitl and specifically discusses the drop pass on Connor’s second goal. There is news on Mike Smith and how long he might be out of the lineup. A couple of injured players are getting back on the […]