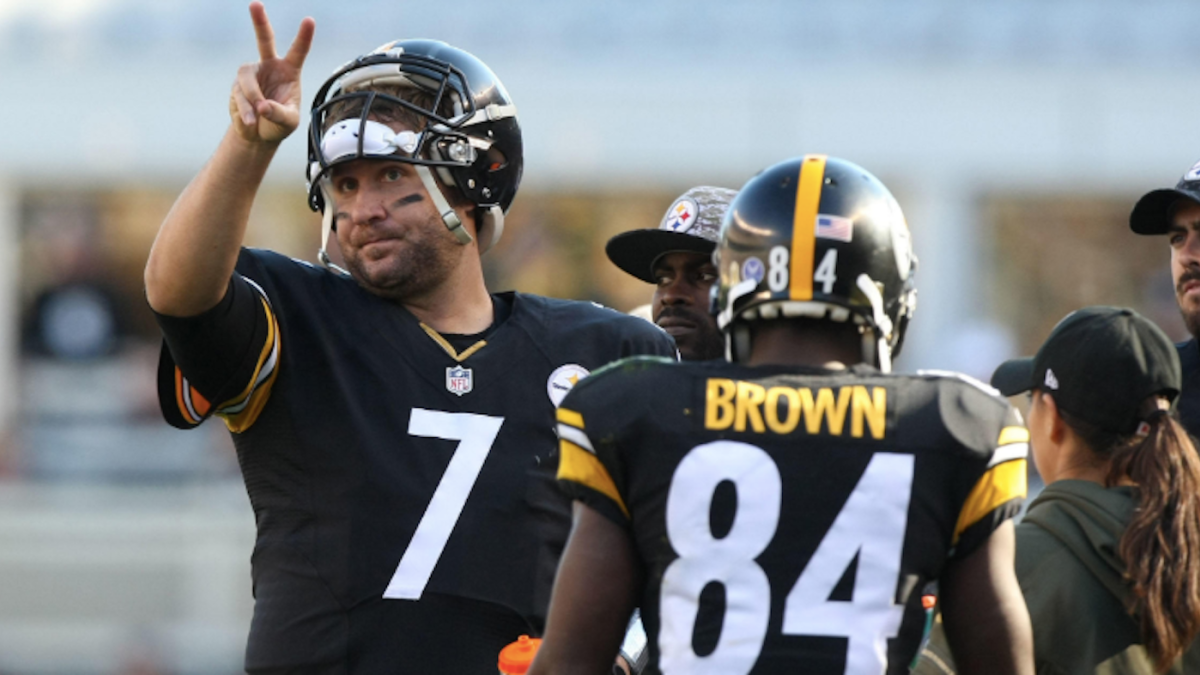 After going from bad to worse during the offseason, it seems that the friendship between Antonio Brown and Ben Roethlisberger is now officially over.

Actually, it might not be over, and that’s because it apparently never started. Brown sent out a tweet on Tuesday claiming that he was never actually friends with Big Ben. The Oakland Raiders receiver also asked Ben to do him a favor and “Shut up, already.”

Yea, I think we can say they’re not friends anymore.

Brown’s tweet included a video from an interview that aired on Sunday night between Roethlisberger and Michelle Tafoya. During the NBC interview, Big Ben was asked if he regretted calling out Brown over a supposed bad route that the receiver ran during a loss to the Broncos last season.

“I wish I wouldn’t have done it,” Roethlisberger said. “Obviously, we saw what happened, and obviously, it ruined a friendship. I just got caught up in emotion and the heat of the battle.”

As you can see in his tweet, Brown’s response is basically: You can’t ruin a friendship because we were never friends. Although Brown would like you to believe that, that’s definitely not the truth. Back in 2014, Brown admitted that Roethlisberger was his best friend on the team during a Q&A on Twitter.

The fallout between the two players basically started back in November after a 24-17 loss to the Broncos in Week 12. Although Roethlisberger sealed the loss for the Steelers when he threw an ugly interception late in the fourth quarter, he didn’t really take the blame. During his weekly radio show following the loss, he pinned the interception on the fact that Brown ran a bad route.

“I pull the ball back and throw the ball to Antonio, who is supposed to be running a real flat, down-the-line kind of route,” Roethlisberger said at the time. “[The cornerback] did undercut AB … that’s where I talked to AB, like ‘AB you have to come flat. You can’t drift in the end zone or those undercuts happen.'”

Although Brown would later say that Big Ben’s comments didn’t bother him, they clearly did. By the time late December rolled around, the two couldn’t even co-exist. The tension between Brown and Roethlisberger boiled over in Week 17 when the two players got into a heated dispute before a practice. The dispute was so serious that it caused Brown to skip practice for the rest of the week, which led to him sitting out the team’s season finale against the Bengals.

The falling out between the two players continued in the offseason when Brown was a guest on LeBron James’ HBO show “The Shop.” During that interview, Brown called out Roethlisberger multiple times.

First, he called out Big Ben over the interception in Denver.

“I’m like, damn, this is where they’re really at,” Brown said. “Because now they’re showing me the reality. You know, all you have to go do is call me out, we lose the game, he’s like, damn, AB should have ran a better route.”

According to Brown, the fact that Roethlisberger didn’t take any blame for the pick shows the kind of guy he is.

“The type of guy he is. He feels like he’s the owner,” Brown said. “Bro, you threw the sh– to the D-lineman! What the f—? I’m over here wide open! You need to give me a better ball! But it’s like in the league, you’re going to have a guy from the team that’ll be like, boy, you can’t say nothing. I need you to get out there like, but it’s like why I got to be acting? At least ask a … ask a [expletive] how he feels first. Right or wrong. Right? Then if it don’t matter how I feel, then f— it then, why am I here, you know what I’m saying?”

Although it won’t help things now, Roethlisberger has agreed to stop doing his radio show, which means this will likely be the final time that we see one of his former receivers telling him to “shut up” on Twitter.