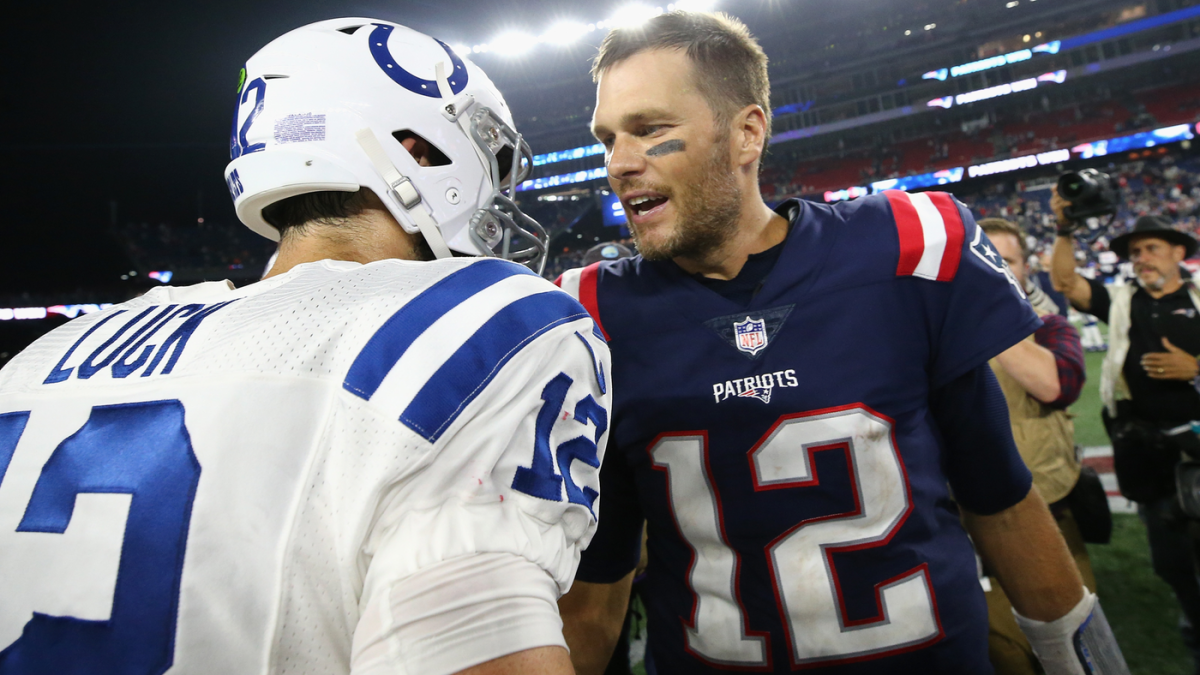 Andrew Luck’s sudden retirement has sent shockwaves across the NFL over the past two days. Luck, who is just 29 years old, said his continued battle with injuries has ultimately led to his decision to hang up his cleats after just seven seasons and 86 regular season games. Luck said his decision to retire is based on how the injuries he has consistently endured over the past four years has taken their toll on him both physically and mentally.

Reaction within the NFL with regard to Luck’s retirement has been unanimously supportive. Among those who have offered their support of Luck’s decision is Patriots quarterback Tom Brady, who was asked about Luck during his weekly radio spot on WEEI Monday morning.

“It is his life,” Brady said of Luck, who called the decision to retire the toughest decision of his life to this point. “Everyone has the right to choose what they want to do. He had a great career and he was a great player. Everybody wishes they could be healthy all the time. It is a contact sport and he’s certainly had his fair share of injuries, so guys retire at different times. Some at the end of the season, and I have seen a lot of guys retire before the season gets going and this is just one of those examples.”

While Brady represented the current players who are supporting Luck’s decision, Troy Aikman, a Hall of Fame quarterback who is currently a play-by-play broadcaster for Fox Sports, responded with similar thoughts after Luck received some criticism for his decision.

“What qualifies you to decide how someone should live their life?” Aikman asked in a tweet.

Aikman not only represents the majority of media members who have publicly supported Luck’s decision, he also represents former NFL players who understand the amount of pain — both physically and mentally — players go through throughout the course of their careers. Aikman, the only quarterback to be inducted into the Hall of Fame before his 40th birthday, dealt with a slew of concussions before calling it a career at the age of 34 following the 2000 season.

Robert Griffin III was among the current NFL players who responded to the news of Luck’s retirement over the weekend. Griffin, who has also been through his share of serious injuries throughout his eight-year career, beat out Luck to win the Heisman Trophy in 2011. Griffin appeared to be on the fast track to NFL stardom earlier in his career before injuries forced him into his current role as a backup.

“We’re looked at as super heroes, as not [being] human beings,” Griffin said with regard to some of the backlash Luck has received following his decision to retire. “For him to have that human element and express it in his press conference after the game … I thought that was really big.”

Luck, during his retirement press conference, said that the constant cycle of “injury, pain, recovery, injury” over the past four years ultimately led to his decision to retire. Despite the success he enjoyed last season after a shoulder injury wiped out his entire 2017 season (the shoulder injury bothered him throughout the 2016 season), new injuries to his calf and ankle kept Luck on the sideline for the majority of the Colts‘ offseason. With another year of uncertainty staring him in the face, Luck decided to honor a promise he made to himself in 2016, when he told himself he would never again play a season under that type of pain.

While Luck looks to find the health in retirement that eluded him during the second half of his NFL career, Brady continues to field questions about how he is able to continue to play at a high level as he enters his 20th NFL season.

“I think it’s everything,” said Brady, who is the only starting quarterback in NFL history to win a Super Bowl in his 40s. “There’s definitely a physical element. There’s definitely an emotional element. I think there is a mental element. Everything in my view really has to come together for you to be the best version of yourself as a player, and it takes a lot of support. It takes a lot of people. You see certainly, you can see me as an individual doing that. I have the support of my teammates, my coaches, my family, my friends, Alex (Guerrero), my training system. All those things really need to come together in order to continue to achieve.

“It feels great when you have that support because a football season is like a marathon. There’s moments where it is very challenging whether it’s physically, emotionally, or mentally — you need somebody to help you push through the hard parts because it’s not all easy. It’s a great challenge, but it is very rewarding when you meet the challenge, too.”