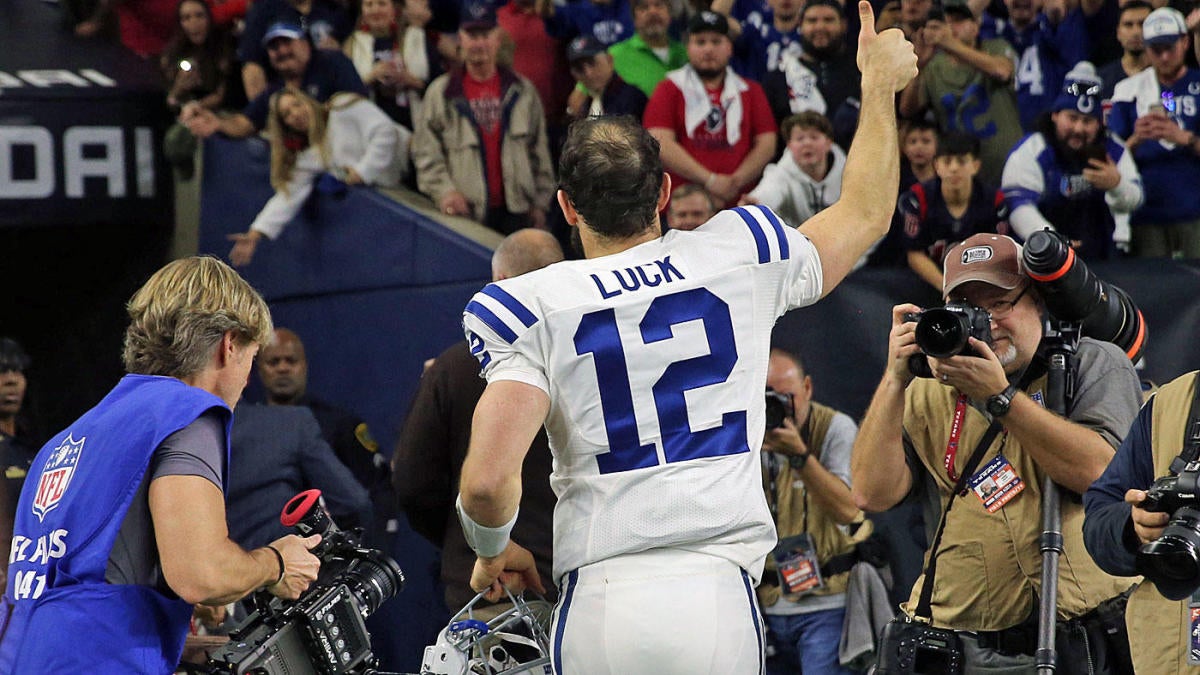 On Saturday night, Andrew Luck shocked the world by announcing his decision to retire from the NFL at the age of 29. It was a surprising moment made all the more surreal by the fact that the news broke before Luck had informed his teammates. He was on the sideline while the Indianapolis Colts were playing a preseason game against the Chicago Bears while all of this was happening.

It was a heroic moment for Luck too. Not only because he had the courage to 1) make such a difficult decision despite the pressure people put on athletes to play 2) walk away from a lot of money that would have been coming his way had he pushed through.

No, Andrew Luck was a hero because he gave the people a chance to do what we all want to do: Feel better about ourselves by putting others down.

Luck’s sudden retirement brought forth a lot of questionable opinions as many people took this opportunity to share ridiculous hot takes on the matter.

In the end, everybody got what they wanted. Luck gets to leave the game having made plenty of money, with the rest of his life ahead of him, as well as his health. The rest of us got to vent our frustrations about it and the reaction to it.

What a perfect weekend we all were able to have, thanks to one courageous act by Luck.

All odds are via William Hill.

Sonny Gray is the best starting pitcher going on Monday night, and that’s leading to the Reds being a little overvalued in this matchup. One could argue that, on this short slate, the second-best pitcher going tonight is Miami’s Pablo Lopez. However, Lopez is coming off the IL and making his first start since June 15, so he could be rusty. Still, at home in the pitcher’s haven that is Marlins Park, I like the value on Miami. The Marlins offense has been one of the worst in baseball this season, but over the last couple of weeks, it’s been better than Cincinnati’s (a .310 wOBA to the Reds’ .298). I think it wins this matchup enough to justify the price we’re getting.

Runs are typically hard to come by at Petco Park once the sun goes down, and with temps in the low-70s tonight and a light breeze, I don’t expect things to be much different tonight. Dustin May is starting for the Dodgers, and I like how he matches up against this Padres offense. I just don’t like it enough to pay the price I need to to get the Dodgers. Part of that’s because Eric Lauer is starting for San Diego, and the Dodgers offense hasn’t been as effective against lefties this season as righties. So while I like the Dodgers to win, I like the under a lot more.

Yankees starter J.A. Happ hasn’t been as bad as his 5.58 ERA suggests, but he hasn’t been much better than that, either. His strikeouts are down (16 percent below league average), and he’s allowing a lot of homers (his HR/9 is 48 percent above league average). The advanced numbers on Seattle starter Tommy Milone suggest he’s been much better than his 5.19 ERA suggests. Even so, he’s also proven to be quite homer-prone (his HR/9 is 43 percent above average, but in far fewer innings than Happ). Milone will be facing a Yankees offense that has posted a wOBA of .352 (4th in MLB) and ISO of .221 (5th) against southpaws this season. The Seattle offense ranks 11th and 8th respectively against lefties as well. We’re going to see some balls flying out of the yard in this one. Update: Matt Wisler will now open for Seattle with Milone following him. I still like the over.