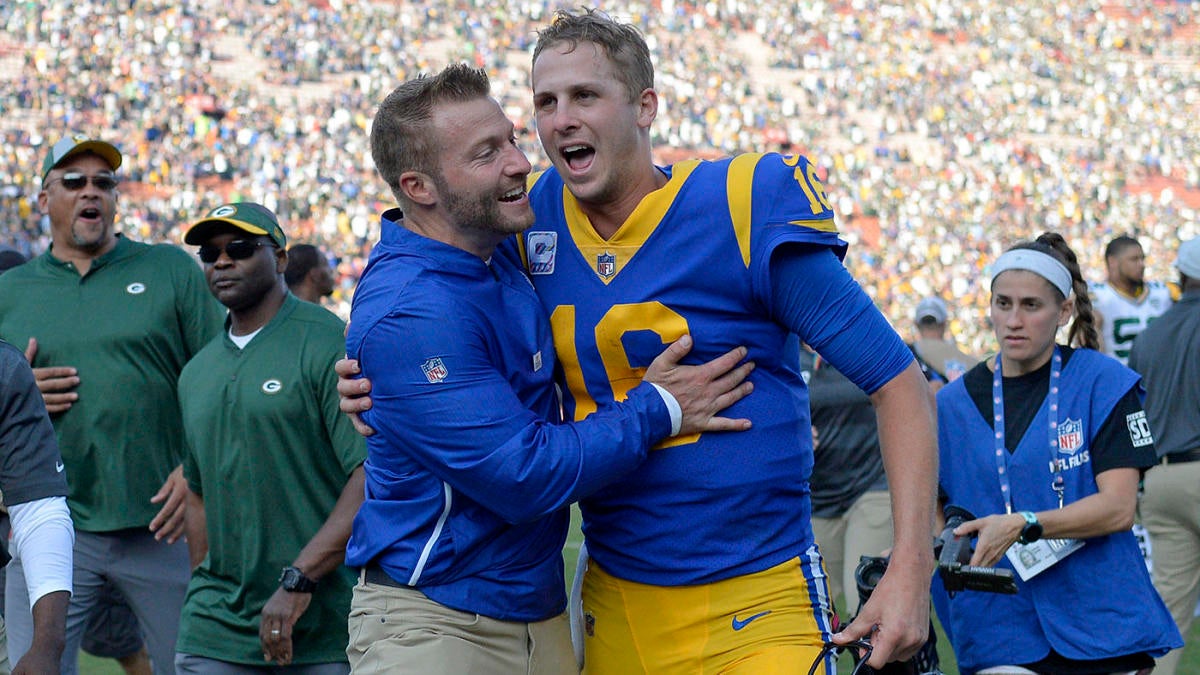 As the NFL preseason games continue to be an afterthought for head coaches in getting players ready for the season, Sean McVay went to the extreme for the Los Angeles Rams in regards towards the exhibition schedule. For the past two preseasons, McVay has kept his established starters on the sideline to avoid the risk of getting injured prior to the regular season opener.

A player can’t get injured if he doesn’t play.

“I think you always want to try and keep your guys healthy,” McVay said to Rams media members Sunday. “I think the biggest thing that we’ve said for us, is we just feel like that’s the best approach for our team. I don’t think anybody has the intention of guys getting injured and that’s unfortunate – you never want to see that.

“But, it’s part of the evaluation and part of some people’s philosophy on getting guys ready to go for the regular season. We feel confident and comfortable with the approach we’re taking and we understand that it might not be for everybody. But we feel like it’s worked best for us and that’s why we’ve gone in that direction, as you know.”

Many teams are starting to follow the trend of McVay, playing their starting players less and less as each preseason passes by. McVay isn’t even tempted to play franchise quarterback Jared Goff, superstar running back Todd Gurley, or NFL‘s best defensive player Aaron Donald. Having those players healthy for Week 1 against the Carolina Panthers is more important than getting reps for a preseason game that doesn’t even count.

Carolina played franchise quarterback Cam Newton in the team’s third preseason game against the New England Patriots. Newton, who didn’t play a snap at all in the preseason prior to Thursday, played one quarter before injuring his foot on a sack. While Newton left the game on a walking boot, his regular season opener (against the Rams) isn’t in doubt.

McVay doesn’t even want to take that risk with his quarterback. Having Goff well rested and healthy for Week 1 is the goal, easily obtained by not playing him the preseason. What’s a few snaps in Week 1 to shake off the rust going to harm?

“You never want to see you main guys that you’re counting on get injured, especially in games where it’s really just tune-ups for the regular season,” McVay said. “Mostly, I think it is a necessary thing to evaluate certain players as we’ve seen. We’ve done that for a number of guys that we are counting on. Specifically with Jared (Goff) we just feel like that’s the best approach.

“Anytime you see great players like (Panthers QB) Cam (Newton) or anybody else get injured, you always hate that, that’s always the most unfortunate part of the game. Whether it’s our guys or somebody else, you never want to see that.”

The NFL may be on the verge of eliminating preseason games in the next CBA, but cutting the preseason from four games to three likely won’t influence McVay to play his starters. Many head coaches may follow the same path until the league eliminates the preseason altogether.