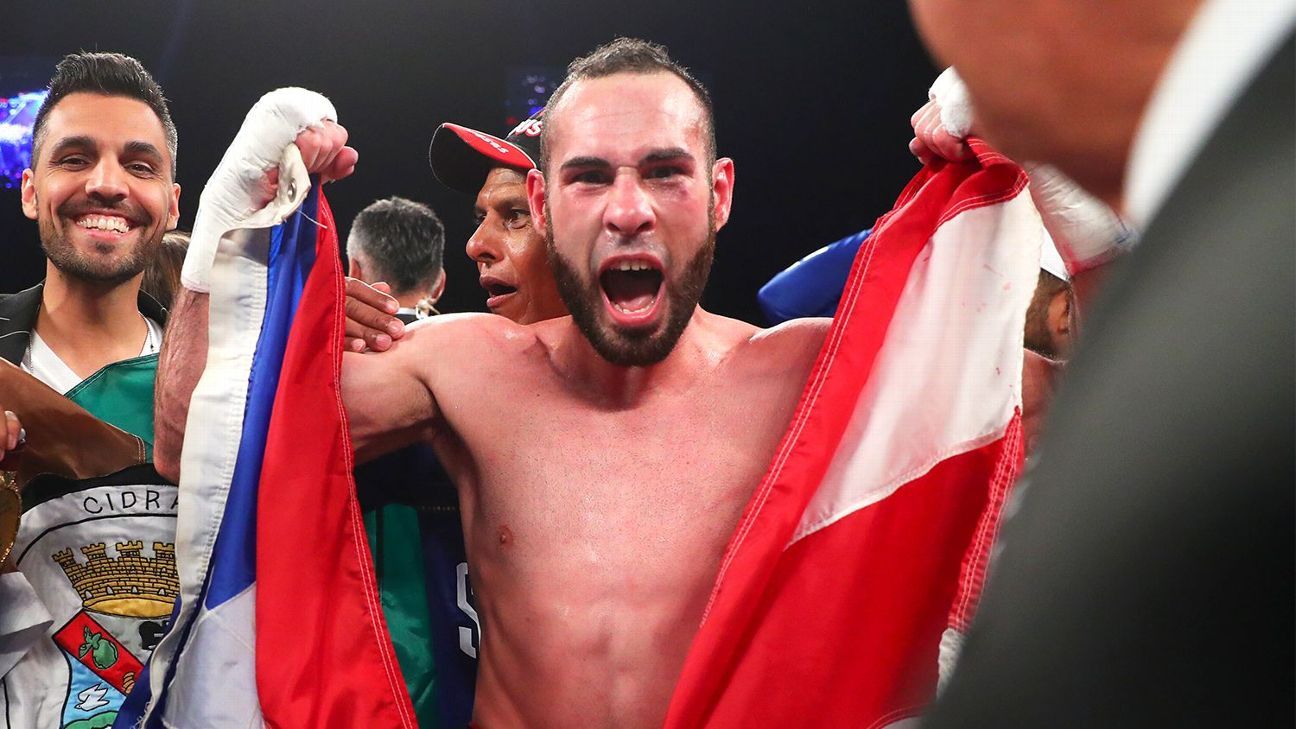 Top Rank on Monday announced the fights that will take place on the undercard of lineal heavyweight champion Tyson Fury’s fight with Otto Wallin on Sept. 14 at T-Mobile Arena in Las Vegas.

The main card (ESPN+, 11 p.m. ET) will also include junior featherweight world titlist Emanuel Navarrete making his third defense when he faces Juan Miguel Elorde in a fight now signed after having been agreed to last week.

Mexico’s Navarrete (28-1, 24 KOs), 24, who will be fighting on Mexican Independence Day weekend, will be back in the ring just a month after retaining his title by third-round knockout of Francisco De Vaca on Aug. 17 in Los Angeles.

“I am very excited and proud to be part of the big card in Las Vegas at T-Mobile Arena and to defend my title in front of my people on such a special date for my beloved Mexico,” Navarrete said. “We will represent the Mexican flag on the biggest stage in boxing.”

Elorde (28-1, 15 KOs), 32, of the Philippines, is the grandson of Filipino legend and International Boxing Hall of Famer Gabriel “Flash” Elorde, the longtime 1960s junior lightweight world champion. When offered, Elorde quickly accepted the shot at Navarrete, which will be by far the biggest fight of his 11-year career.

“When I was offered the opportunity to fight for the world title on such a momentous card, I didn’t hesitate,” Elorde said. “I’ve dreamed of becoming a world champion, and this is my chance. Trust me, I will bring my special brand of ‘Pinoy Power’ to Las Vegas. The title will come home to the Philippines.”

Both of Zepeda’s losses came in world title bouts, a second-round stoppage due to a shoulder injury for a vacant lightweight belt to Terry Flanagan in 2015 and a disputed majority decision to Jose Ramirez for a junior welterweight title in February.

“This fight will be a classic Mexico versus Puerto Rico fight,” Zepeda said. “I know that a big win will take me a step closer to (fighting for) another world title. I want to become a champion in every weight class that I fight. After the fight, I will celebrate Mexican Independence Day with my Mexican brothers.

“I feel like this fight will give me the opportunity to really showcase my skills and put me in a position to challenge for a world title. I’m glad that it is versus a former world champion like Pedraza.”

In other bouts on the undercard:

• Light heavyweights Felix Valera (18-2, 15 KOs), 31, a former interim titlist from the Dominican Republic, and former world title challenger Vyacheslav Shabranskyy (20-2, 17 KOs), 32, a Ukraine native fighting out of Los Angeles, will meet in a 10-round bout. Valera’s losses have come by decision to top opponents Dmitry Bivol, in an interim world title bout in 2016, and Sullivan Barrera in 2017. Shabranskyy got knocked out by Barrera in the seventh round in 2016 and by Sergey Kovalev in the second round in a vacant world title bout in 2017.