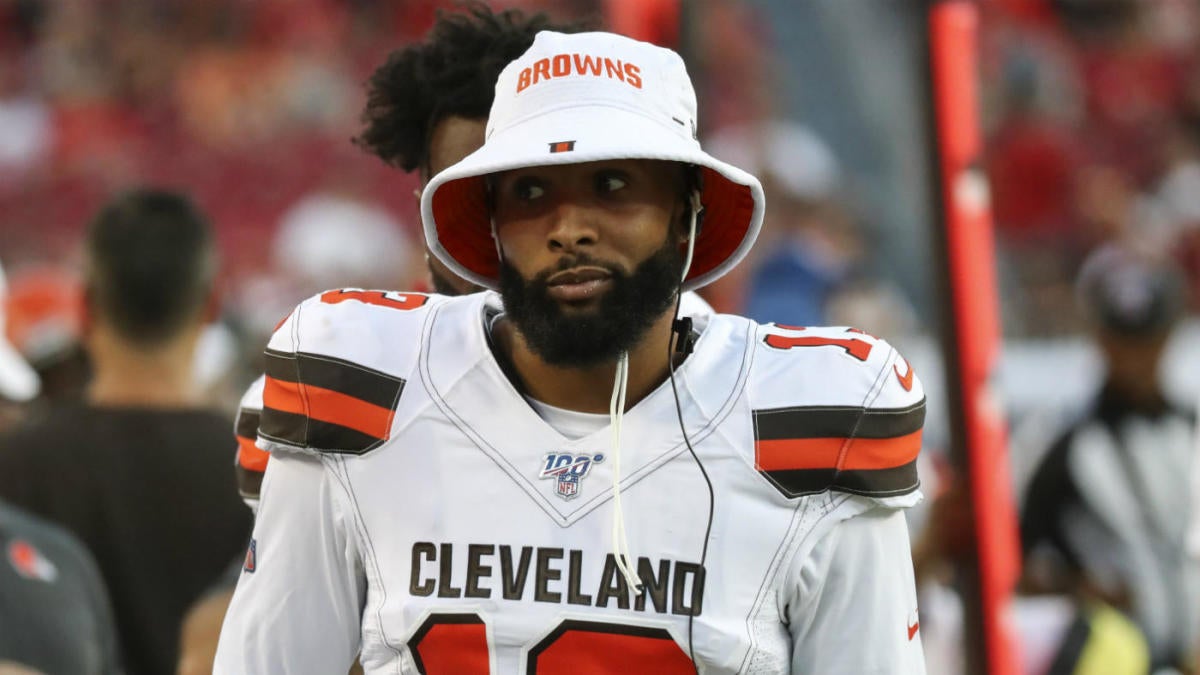 It’s safe to say that expectations are high for the 2019 Cleveland Browns.

Las Vegas has set Cleveland’s over/under at 9 wins, and even reaching that mark would make this the first time since 2007 that the team has done so. The Browns have 18-1 odds to win the Super Bowl, matching the odds of the Cowboys and Chargers, each of which went to the playoffs last season. Only two teams (Chiefs, Patriots) have better odds to win the AFC and the Browns are currently the favorites to win the AFC North and host a playoff game for the first time since 1994.

The Browns had a strong defense last season, and they added talent both up front (Olivier Vernon and Sheldon Richardson) and on the back end (Greedy Williams, Sheldrick Redwine, Morgan Burnett) this offseason. With Myles Garrett, Denzel Ward, Larry Ogunjobi, Joe Schobert, and more returning, this season should see the defense take a step forward — especially since they’ll now be coordinator by Steve Wilks rather than Gregg Williams.

As good as the defense looks, though, it’s likely that the weight of the expectations will fall on the offense. It’s there where most of the Browns’ personality resides, and where they have a chance to truly hit another level. The Cleveland offense was held back by former coach Hue Jackson for the first part of last season, but once Freddie Kitchens began calling the plays and Nick Chubb began getting the carries, Baker Mayfield and company took off.

In Weeks 10-17, no team was more efficient offensively than the Browns, who posted an offensive DVOA that would have ranked second behind only the Chiefs over the course of a full season. In the eight games he started where Kitchens was at the controls of the offense last season, Mayfield threw for 2,254 yards and 19 scores. That’s a full-season pace of 4,508 yards and 38 TDs.

And now he’s got Odell Beckham to throw to. In five NFL seasons, Beckham has averaged 6.6 catches and 92.8 receiving yards per game. While catching passes from Eli Manning. There’s strong reason to believe he’ll be even better with Mayfield at the controls.

Consider: During his five-year Giants career, Beckham was targeted on throws at least 20 yards downfield 120 times, per Pro Football Focus. He came away with 39 catches for 1,482 yards and 13 touchdowns. That’s a 32.5 percent completion rate, 12.4 yards per attempt, and a 10.8 percent touchdown rate.

His numbers on downfield throws were even worse when targeting receivers other than Beckham. When targeting non-Beckham wide receivers at least 20 yards downfield during the same time period, Manning (and Geno Smith, for one game) completed just 57 of 185 passes for 1,900 yards and 14 scores. That’s a 30.8 percent completion rate, 10.3 yards per attempt, and a 7.6 percent touchdown rate. Given those figures, we can reasonably conclude that the issue here was not that Beckham couldn’t be productive on downfield throws, but that Manning was simply not very good at making them.

Now take look at Mayfield’s numbers on 20-plus yard throws to wide receivers last season, and how they compare to both Beckham’s and those of non-Beckham Giants wideouts from 2014 through 2018.

Those are significantly better numbers than those compiled by Manning over the past five seasons, despite the fact that Mayfield was throwing to a short-area slot receiver (Landry) and a bunch of That Guys. Prorate Mayfield’s numbers over the same number of throws as Manning attempted to non-Beckham wide receivers, and the difference appears even starker.

Given Mayfield’s superior abilities, we should expect Beckham to be an even more dangerous downfield threat in 2019 than he has been to date in his career. Not only does that mean more catches, more yards, and more touchdowns for both of those players, but it should also mean an increase in efficiency for players like Jarvis Landry, David Njoku, and Nick Chubb.

So, Landry receiver 44 percent of wide receiver targets with Mayfield under center, but the quarterback was far more efficient when throwing elsewhere, largely because defenses were more comfortable leaving those players open. With Beckham drawing that attention this year, Landry should have enough space in which to operate in order to go back to being one of the more productive slot receivers in the league. And with threats both over the top and underneath, athletic tight end David Njoku should be in position to finally have the breakout season that has been forecasted for him for some time now.

Beckham loosening things up and keeping an extra man from dropping down into the box should also benefit Chubb, who was already one of the most efficient backs in the league last season. Chubb was the top-graded running back by Pro Football Focus in 2018, a year during which he also led the league in elusive rating and averaged 4.47 yards after contact per attempt, which ranks best by any running back in the past decade.

Though the connection between rushing performance and play-action effectiveness is not quite as strong as is traditionally believed, Chubb finding a similar degree of success as he did last season should aid Mayfield’s play-action performance. The Browns were among the lightest users of play-action last season, with only 23.3 percent of Mayfield’s throws under Kitchens coming after a run fake. But he was 45 of 62 for 592 yards, four touchdowns, one interception, and a 117.1 passer rating on those throws. We need to see a whole lot more of that this season. And when we do, we should see him looking for Beckham deep down the field more often than not.