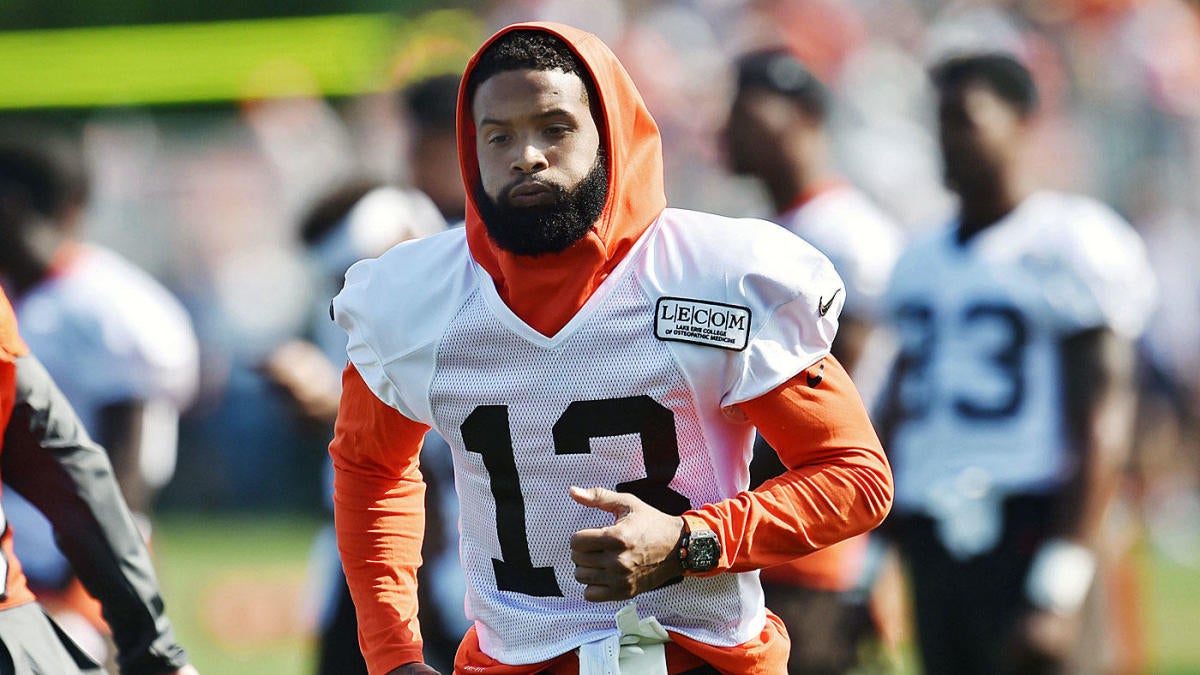 Odell Beckham Jr. erased some doubts regarding his availability for Week 1 of the regular season, as the Cleveland Browns wide receiver was back on the practice field in team drills for the first time since August 6. Beckham has been slowed by a hip injury for the past three weeks and has missed all of the Browns’ preseason games.

Beckham has been participating in individual drills the past few weeks with the injury, stymying the development of any potential chemistry with new quarterback Baker Mayfield. The Browns franchise quarterback insists the two are developing a rapport despite not getting any game action on the field.

“Obviously, (Beckham) is going to be ready to go when it is time to play,” Mayfield said last week, via the Browns website. “He’s sitting out and doing some things mentally to get used to the offense, just seeing things and hearing us communicate. So, when he comes out there, he can be full speed and know exactly what to do.”

The Browns have 13 days to get the timing between Mayfield and Beckham down before their season opener against the Tennessee Titans. The Browns are confident that missing on-field reps in a live game situation the entire month of August isn’t going to affect Beckham in the regular season.

“We just talk football every day,” Beckham said. “It’s not something I’m worried about. It’s two competitive, fiery people. I don’t want to let him down. I’m going to do everything in my power to be exactly where I need to be when I need to be there. As I’ve seen already, he’s going to deliver that ball.”

Beckham, who has four 1,000-yard campaigns in his five seasons, has 390 catches for 5,476 yards and 44 touchdowns in just 56 games. A pedal ankle fracture and quad bruise have limited Beckham to just 16 games over the last two years, with the broken ankle ending his season a month into the 2017 season. Beckham has played a full 16-game season just once in his five-year NFL career.

Cleveland is being cautious for a reason.

Kitchens called out the offense after the Browns’ first-team struggled in the regular-season dress rehearsal, but the addition of Beckham and Landry at wide receiver in the regular season could make all the difference.