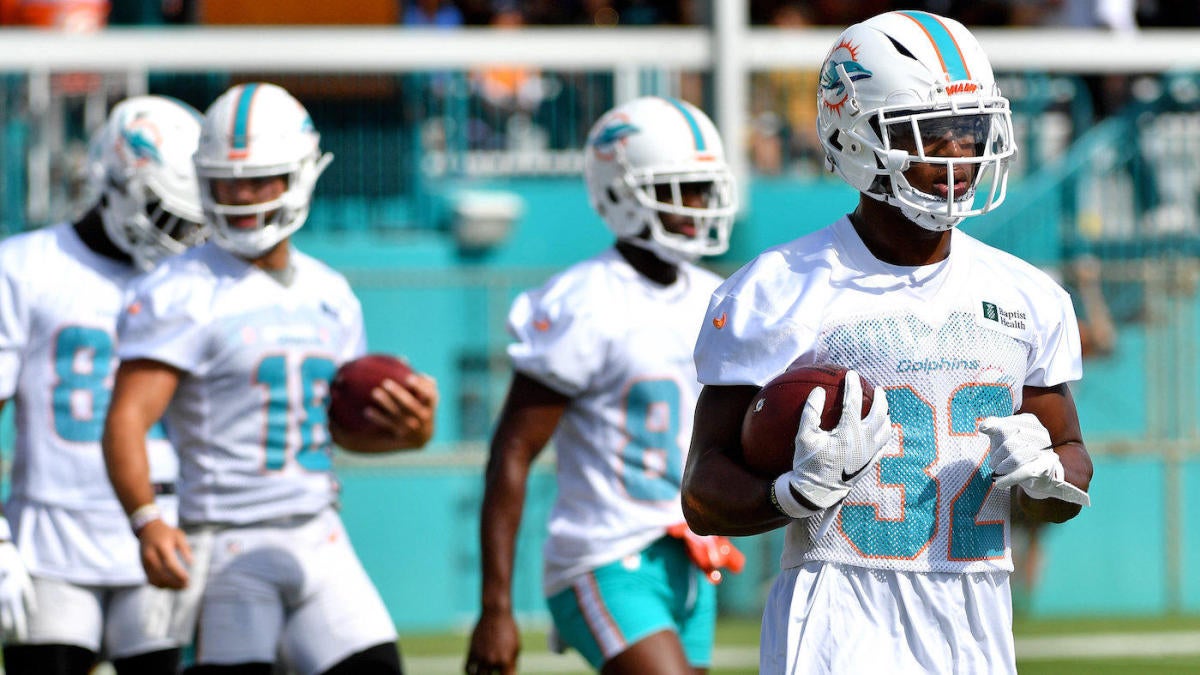 The Miami Dolphins are feeling a little happier than usual this week, as one of their key offensive weapons returned to practice on Monday.

According to Joe Schad of the Palm Beach Post, running back Kenyan Drake is out of his walking boot and returning to practice, which indicates he could play in the season opener on Sept. 8.

Two weeks ago, Drake left practice early after sustaining a right foot injury, and showed up the following day wearing a walking boot. Head coach Brian Flores told Armando Salguero that this injury would “be a while,” but Drake made good enough progress to take the practice field ahead of the preseason finale.

Drake is competing with fellow running back Kalen Ballage for the right to start. Both will play roles in this offense, but as for who will take the field first in 2019 is still undecided.

Ballage didn’t do much on the field to set himself apart during Drake’s absence. He missed the Dolphins’ Week 2 matchup against the Tampa Bay Buccaneers and then rushed for just 17 yards on 12 carries against the Jacksonville Jaguars last Thursday.

Ballage rushed 36 times for 191 yards and one touchdown in his first NFL season. He only played in 12 games, and didn’t earn a big role in the offense until later in the season, but he’s viewed as someone who could become a feature back one day.

Earlier this offseason, CBS Sports senior fantasy analyst Heath Cummings named Ballage as one of his “sleeper” picks at the running back position for the 2019 fantasy football season.

“I’ve had Kenyan Drake as one of my favorite breakout candidates, but it’s getting harder to ignore the fact that every coach seems to view Drake as nothing more than a change-of-pace guy,” Cummings said. “With that in mind, Ballage is currently a huge value at his ADP. This is a competition in camp with multiple possible outcomes. The most likely now seems that it will be a committee with Ballage getting at least half of the rush attempts. If he wins the job outright? You may have just won your league.”

Even if Ballage wins the starting job, Drake will make an impact in the receiving game. The former Alabama star caught a career-high 53 passes for 477 yards and five touchdowns in 2018, and proved that he was a versatile weapon that would benefit any NFL team. The Dolphins may have a first-year head coach in Flores, but he saw just what Drake was capable of when he finished off Flores’ New England Patriots in the “Miami Miracle” last season.