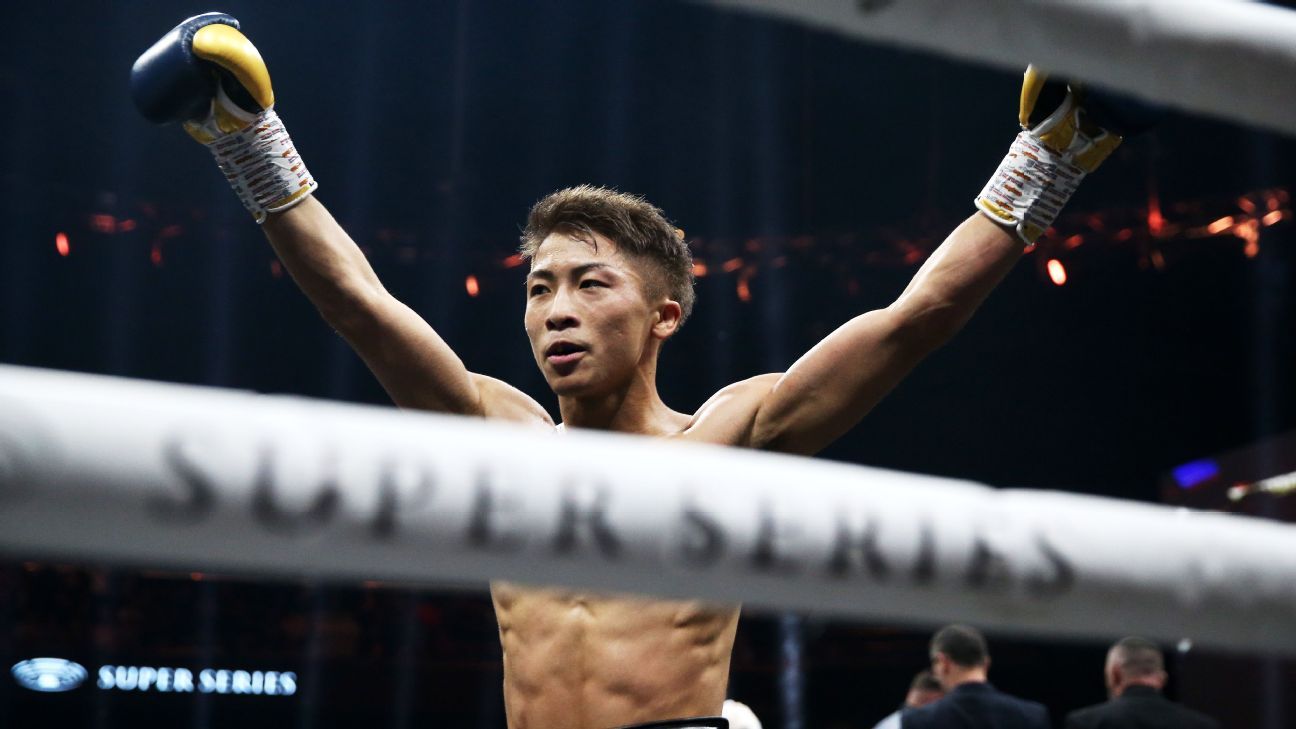 When the eight-man World Boxing Super Series featuring most of the best 118-pounders kicked off last fall, tournament favorite Inoue hoped that he would, at some point, fight Donaire.

Inoue’s wish came true, as he and Donaire each powered their way into the final, where they will meet to unify their belts on Nov. 7 (DAZN) at the Saitama Super Arena in Saitama, Japan.

“When this tournament started, Nonito Donaire was the fighter I wanted to fight most,” Inoue said in translated remarks on Monday during the kickoff news conference in Tokyo. “I am truly pleased that I am able to fight him in the final of this tournament. So, on Nov. 7, I will give everything I have in this tournament final and attain the [Muhammad] Ali Trophy.”

Inoue (18-0, 16 KOs), 26, of Japan, who has won world titles in three weight divisions, pounded his way to the final in extremely impressive fashion. He scored a first-round knockout of Juan Carlos Payano in the quarterfinals to retain his secondary belt in October and destroyed then-unbeaten Emanuel Rodriguez in the second round to claim a top-tier world title on May 18 in the semifinals.

“I recognize how important the WBSS final is to my career and how important it will be for my career going forward. I am very aware there are high expectations of me from everyone,” Inoue said.

Las Vegas-based Philippines native Donaire (40-5, 26 KOs), 36, known as the “Filipino Flash,” has looked reborn in the tournament. After a decision loss to Carl Frampton in an interim featherweight title bout in April 2018, Donaire dropped two weight divisions to join the tournament and return to bantamweight, where he once held a title but had not boxed since 2011.

Donaire stopped Ryan Burnett in the fourth round due to an injury to win a world title in the quarterfinals in November and then scored a spectacular sixth-round knockout of late substitute Stephon Young, who replaced injured world titlist Zolani Tete, in the semifinals on April 27.

With Inoue up next, Donaire said he knows he is facing a better opponent than his previous tournament foes, but he said he is up for the challenge.

“This fight is against Inoue, who is one of the best fighters in the world,” Donaire said. “To see where my career has been and what people have said about where I am and coming back to the division, it inspires me, it motivates me, but most of all, it excites me. This is where I want to be.”

The co-feature was also announced at the news conference. Bantamweight world titlist Nordine Oubaali (16-0, 12 KOs), 33, a southpaw from France, will make his second defense when he takes on interim titlist and mandatory challenger Takuma Inoue (13-0, 3 KO), 23, Naoya’s younger brother.