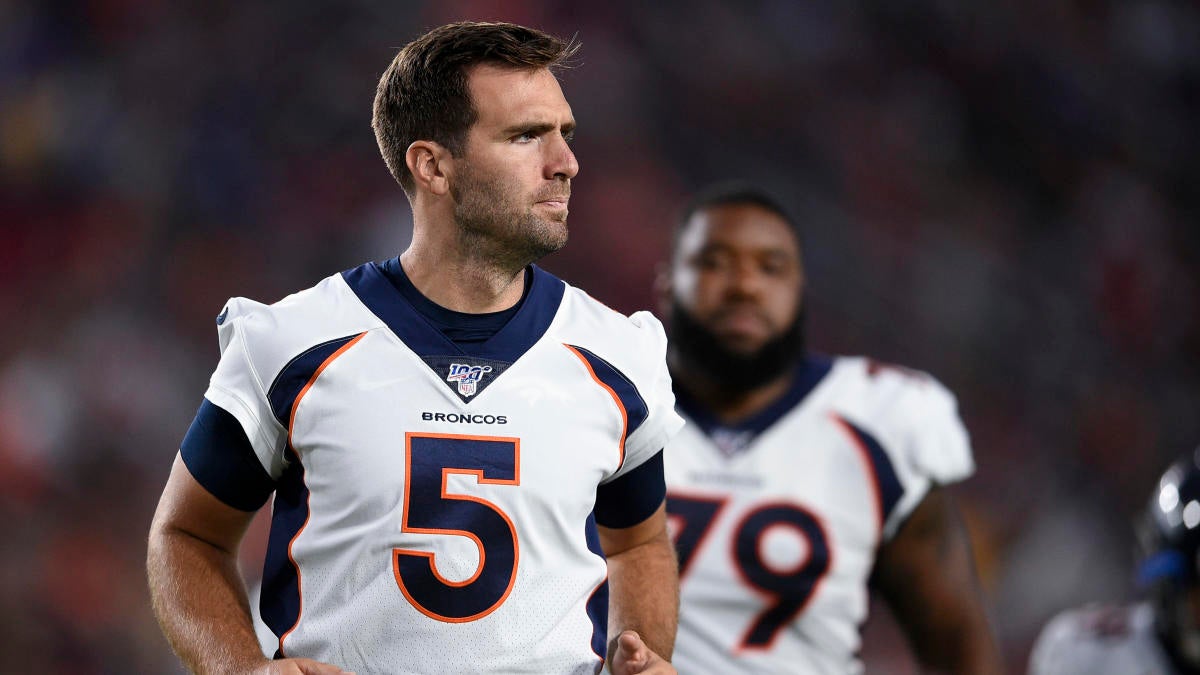 To say the Denver Broncos are hoping for a quick turnaround is quite the understatement.

The organization has fallen on rough times as of late, delivering a winning season just once in the past three seasons, and after winning the AFC West in the five consecutive seasons that precede that stretch — including not logging a single campaign with fewer than 12 wins from 2012 through 2015. That feels like forever ago in the Mile High City, when future Hall of Fame quarterback Peyton Manning took over from an exciting stint with Tim Tebow and combined his throwing prowess with one of the best defenses in all the land. Manning’s time with the Broncos culminated with a Super Bowl win in 2015, which was also the last time the team made the playoffs.

Coming off of a 6-10 finish to 2018 that led to the firing of Vance Joseph after just one year as head coach and a trade to bring in former Super Bowl MVP Joe Flacco, general manager John Elway isn’t a fan of “the process.” He wants to get back to winning in short order, and the good news is the Broncos have enough firepower to make it happen.

With that, let’s discuss five presumably bold predictions for a team that owned their division in the first half of this decade.

The two-time Pro Bowl wide receiver has gone through a lot in the past few months, as he worked through rehabilitation on a torn Achilles suffered in December. His recovery included surgery on more than one occasion, but Sanders was finally activated from the physically unable to perform list in mid-August and made an impressive return against the San Francisco 49ers. What we saw was a glimpse of a healthy Sanders aching to get back to his dominant ways, and with a proven Joe Flacco at the helm — he likely will.

Although there are other weapons for Flacco to also hone in on, Sanders will be a top target, and even at 32 years of age — his 868 receiving yards in 2018 gives indication there’s at least one more 1,000-yard campaign left in his career.

Sanders adding to one-fourth of this tally would go a long way to actually seeing it come to fruition for Flacco, and it’s a feat the veteran quarterback is quite capable of. Lest many forget, Flacco once showed he was capable of this, throwing for a career-best 4,317 yards for the Baltimore Ravens just three seasons ago. He’s also neared the mark on at least three other occasions in his career, and there’s no reason to believe his fresh start in Denver won’t combine with solid corps of receivers to rebuild his reputation.

The team has Sanders as the talented veteran, Courtland Sutton and DaeSean Hamilton offering up dangerous targets themselves, and a first-round selection of tight end Noah Fant who helps round out a stable of bullseyes for Flacco in 2019.

It’s no secret Miller has his eyes on landing another Super Bowl ring, but breaking the current NFL single season sack record of 22.5 — owned by Hall of Fame pass rusher Michael Strahan — would go a long way in fueling the team’s overall goal. There will be no shortage of competition for that crown, though, with defensive end DeMarcus Lawrence and defensive tackle Aaron Donald also making it known they’re going for the record themselves this coming season. Miller has a solid edge on both when you look at the opposite edge of the Broncos’ defensive line, where second-year phenom Bradley Chubb resides.

Chubb’s presence helps prevent Miller from being double-teamed, and that could lead to a career season now that the two have established one year of chemistry together. For all of his accolades, though, Miller has never reached the 20-sack mark.

That, of course, simply adds to his motivation.

And much like Chubb helps Miller, Miller helps Chubb — in a one-hand-washes-the-other fashion — setting the former first-round pick up for a strong follow-up to his breakout rookie year. Chubb burst out of the gate with 12.5 sacks in 2018, and his preseason play hints at there being no 2019 downturn. Despite his first-year success, Chubb was not named to the Pro Bowl nor did he land so much as a second-team All-Pro nod, despite logging the same number of QB takedowns as Khalil Mack.

Now, to be clear here, no one’s saying Chubb is equivalent to Mack just yet, but if he believes he already is — then opposing offenses better watch out.

The problem for the Broncos is clear, in that the Kansas City Chiefs and Los Angeles Chargers don’t look like they’re ready to take a step back. Those are 12-win teams from a year ago that look to be the immediate frontrunners for the AFC West crown, and there are still too many questions in Denver — albeit with accompanying talent — to justify making it a three horse race out west. In reality, though, the Broncos will have a shot at landing a wild card berth, not that it’ll be much easier. It’ll be difficult to fathom them being left in the cold if most (or all) of the above four points manifest in Mile High.

Job numero uno will be turning around an offense that averaged a paltry 20.6 points per game last year (24th), and was mostly anchored by a merry-go-round of bad QB play that averaged an output of 230.9 passing yards per outing (19th) and logged only 19 passing touchdowns (24th) with 15 interceptions. Buoying those numbers to match serve with the defensive front and the Broncos have a shot at returning to the playoffs as a wild card, especially if the absence of Melvin Gordon in Los Angeles runs long and hurts the Chargers to a degree they don’t see coming.

New head coach Vic Fangio saw what happened to Joseph this offseason, and knows he doesn’t have a half-decade to right the ship.