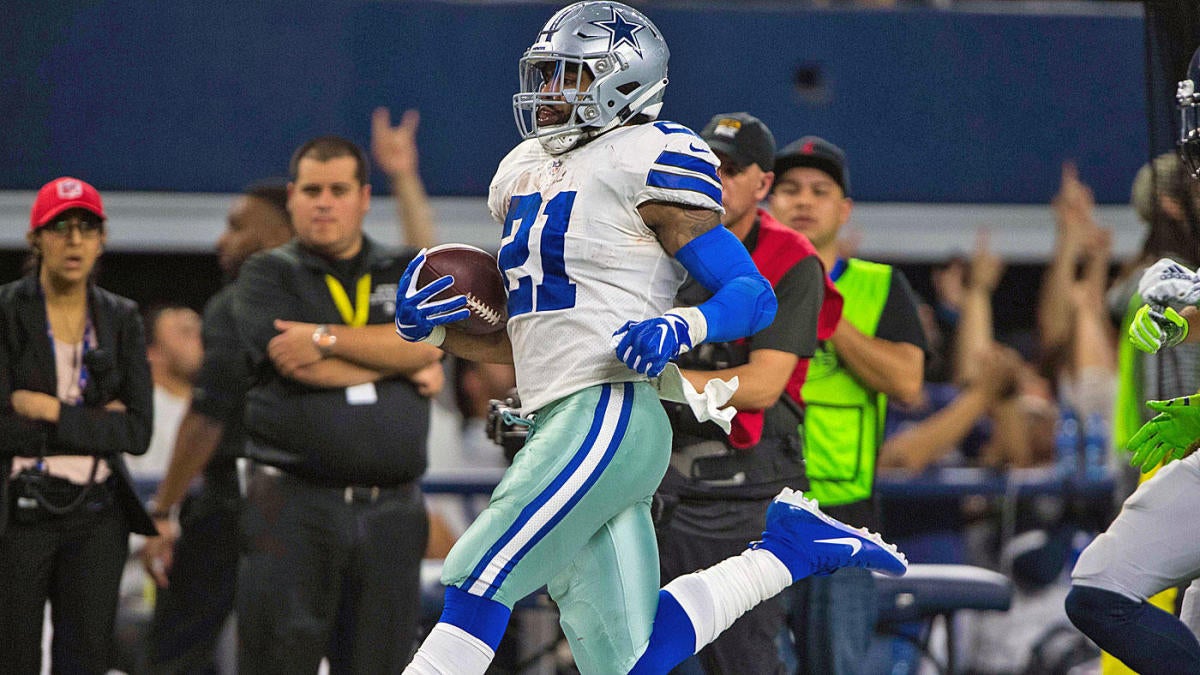 Ezekiel Elliott knows the market for running backs is changing after the recent contracts to Todd Gurley and Le’Veon Bell, two players the Dallas Cowboys All-Pro running back has outperformed over the past three seasons. Elliott deserves his share as one of the highest-paid running backs in the game, given that he’s led the league in rushing yards per game in each of his three seasons.

Make no mistake about it, Elliott wants to be the running back for the Cowboys. He also understands running backs have one opportunity to get the most money they can in a pass-happy NFL, which puts arguably the best running back in the game at a conundrum. In a revealing interview with Maxim magazine, Elliott wants to have his cake and eat it too when it comes to playing for Dallas.

“I love playing for the Dallas Cowboys, I love the organization, my teammates. I do want to be a Cowboy for the rest of my life and hopefully that’s a possibility,” Elliott said. “But even Emmitt Smith, the greatest running back ever, ended up going to play a couple of years for another organization. So it’s just the nature of the game, but I want to be a Dallas Cowboy for as long as I can.”

Smith and Elliott are at different points in their careers when the Cowboys decided to move on, but the NFL’s all-time leading rusher did not finish his career with the star on his helmet. Smith wanted to be a full-time starter at running back at the age of 33 after Dallas wanted to go with their younger backs. Smith signed with the Arizona Cardinals in 2003, playing two more seasons before retiring at the age of 35.

Elliott is in a much different scenario than Smith as the No. 4 overall pick in the 2016 draft will be entering the prime of his career for his second deal. Elliott has led the NFL in rushing in two of his three NFL seasons, while also leading the NFL in yards per game in all of his seasons. Elliott has 868 carries for 4,048 yards and 28 touchdowns in his career, averaging 4.7 yards per carry. These accomplishments are all coming before Elliott turned 24-year-olds in July.

The tide is starting to swing in favor of running backs receiving huge contracts again, a piece of the pie Elliott wants to be a part of.

If Elliott doesn’t get paid by the Cowboys, he’s going to get paid somewhere. That’s just the business of the NFL.