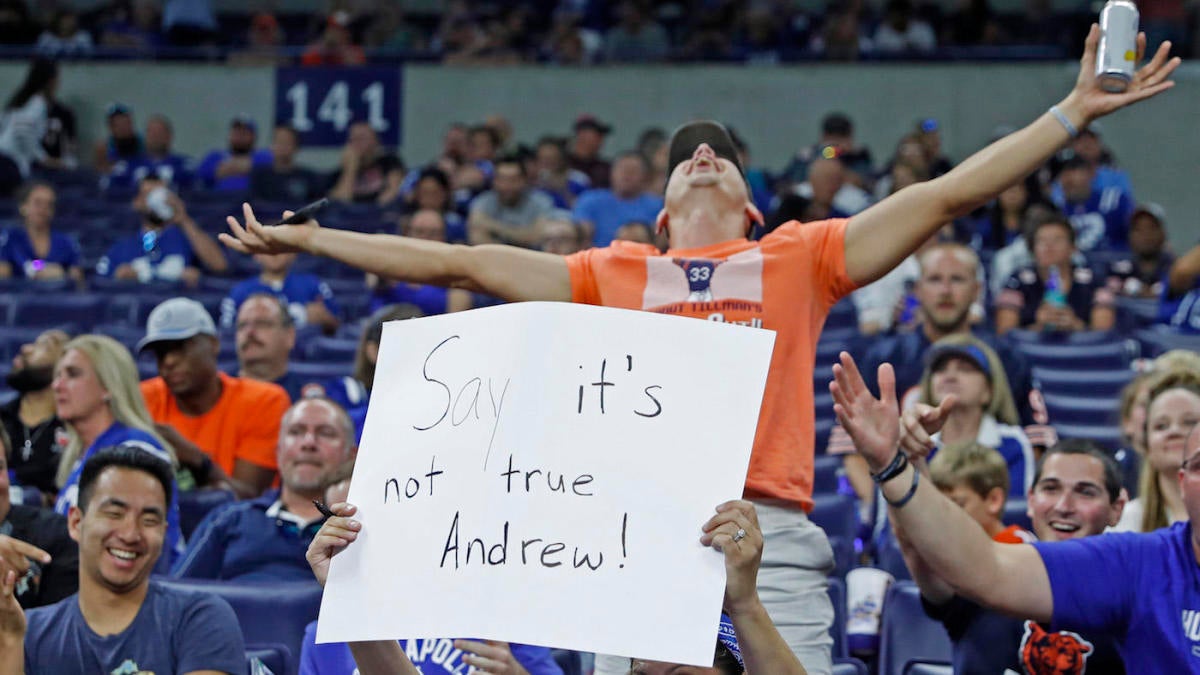 The aftermath of Andrew Luck’s shocking retirement, which didn’t just alter the trajectory of the Colts organization, but sent shockwaves throughout the entire league, has started to take shape. As of Monday morning, Colts fans remain equally angry as they were on Saturday night, when they booed Luck off the field after news of his impending retirement hit Twitter. Now, they want their money back — not for that preseason game, but for the entire season.

According to Zak Keefer of The Athletic, Colts season ticket holders are already calling team headquarters to demand refunds.

So, there are two different ways of looking at the latest development in the Angry Fan Reaction saga. Let’s run through both of them.

The first is that Colts fans are justified in reacting this way because nobody on the planet expected Luck’s career to end on Saturday night and they’re emotional sports fans invested heavily in their team the same way all sports fans are and that they shouldn’t have to pay for a product they didn’t think they were buying back when they bought it — and if anyone can afford giving a refund or two, it’s a team owned by a billionaire. If you sympathized with the Colts fans in attendance on Saturday night — the ones who said farewell to Luck with a chorus of boos — then you’ll probably sympathize with the ones who are asking for a refund. And who wants to bet that there’s a bit of an overlap between those who booed Luck and those who spent their Monday morning calling Colts headquarters?

The second is that Colts fans have had the luxury of watching Peyton Manning and Luck for the past two decades and their reaction suggests they’ve been spoiled.

After all, it’s not like Colts fans going to be forced to watch Curtis Painter at quarterback during the upcoming season. Jacoby Brissett is the new starter — the same Jacoby Brissett who played well enough on a terrible Colts team in 2017 that the Colts basically declared him to be untradeable before last season. Even though the Colts’ chances of winning the division nosedived in the wake of Luck’s retirement, they still have a chance of winning the AFC South with Brissett, largely because the team around him is stacked and the rest of the division is lacking a clear frontrunner. The Colts are no longer favored, but they’re not out of the race. It’s possible to make a case for any of the four teams that reside in the AFC South.

Let’s say things go south. Let’s say Brissett stinks and the Colts finish with one of the worst records in football, which is what happened back in 2011 when Manning missed the entire season, which led to them drafting Luck with the top pick. If that happens, the Colts will be free to let Brissett walk in free agency and then draft their new franchise quarterback in a draft loaded with potential franchise quarterbacks. Any young quarterback coming in to replace Luck will have the benefit of playing on a loaded roster — a benefit Luck didn’t really have when he started his career.

This is all just a long-winded way of saying the Colts are not suddenly screwed. Losing Luck hurts, obviously, but there’s multiple paths for them to recover from his loss.