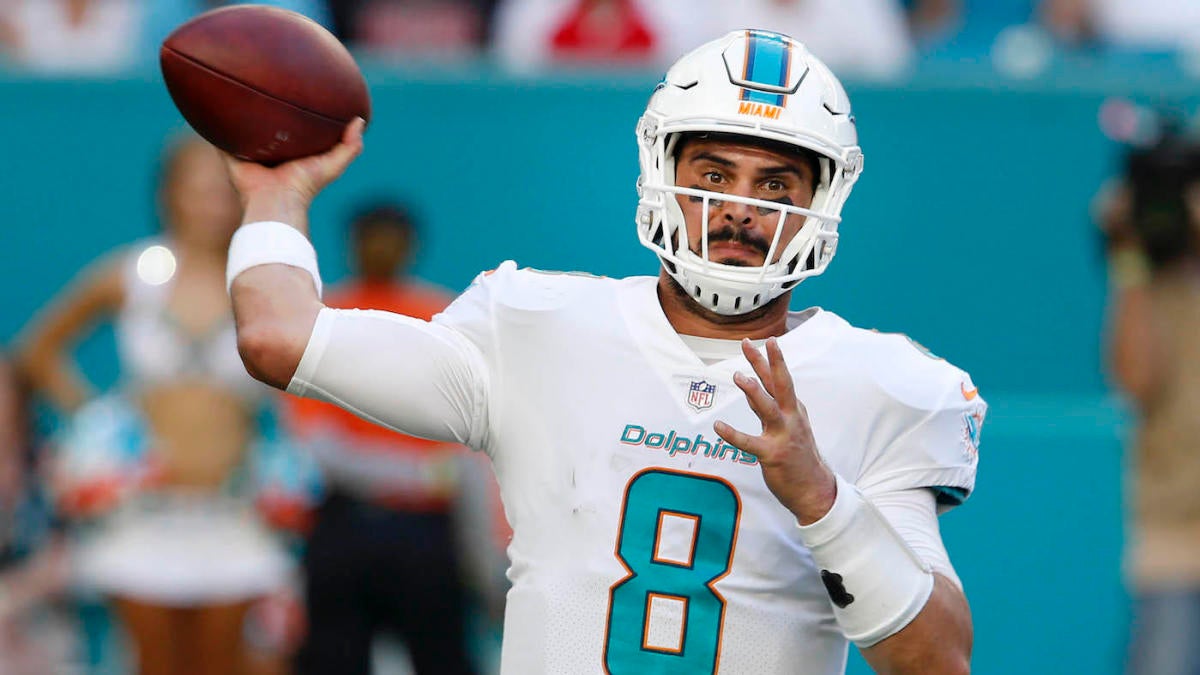 With Chad Henne set to undergo surgery on his ankle, the Kansas City Chiefs need help at quarterback, and help comes in the form of longtime backup Matt Moore.

According to Adam Schefter, the Chiefs are signing the former Miami Dolphins quarterback, who will now back up Patrick Mahomes.

Moore went unsigned during the 2018 season, but spent the 2011-17 seasons with the Dolphins. His best season came in 2012, when he started 12 games and threw for 2,497 yards, 16 touchdowns and nine interceptions. He made his name known from 2007-10 as the capable backup quarterback of the Carolina Panthers.

In all, Moore has thrown for 6,938 yards, 45 touchdowns and 36 interceptions in 11 seasons. Oddly enough, he was signed by the Dolphins ahead of the 2011 season to back up Henne in Miami.

Henne went down with a fractured right ankle during the Chiefs’ preseason game against the San Francisco 49ers on Saturday night. According to Brooke Pryor of The Kansas City Star, Henne is set to have surgery performed by Dr. Robert Anderson in Green Bay.

He is just one of three Chiefs who are set to undergo surgery in the near future, as linebacker Breeland Speaks injured his right knee and wide receiver Marcus Kemp tore his ACL and MCL.

The Chiefs have quarterbacks Chase Litton and Kyle Shurmur on the roster, but apparently are not convinced of either’s potential as a longterm backup. Litton has thrown for 214 yards, two touchdowns and one interception in three preseason games, while Shurmur has thrown for 173 yards and one touchdown.

Kansas City has no plans to utilize their backup quarterbacks this year, but it’s better to have a veteran ready to step in instead of a rookie who has never seen action in a regular-season game.