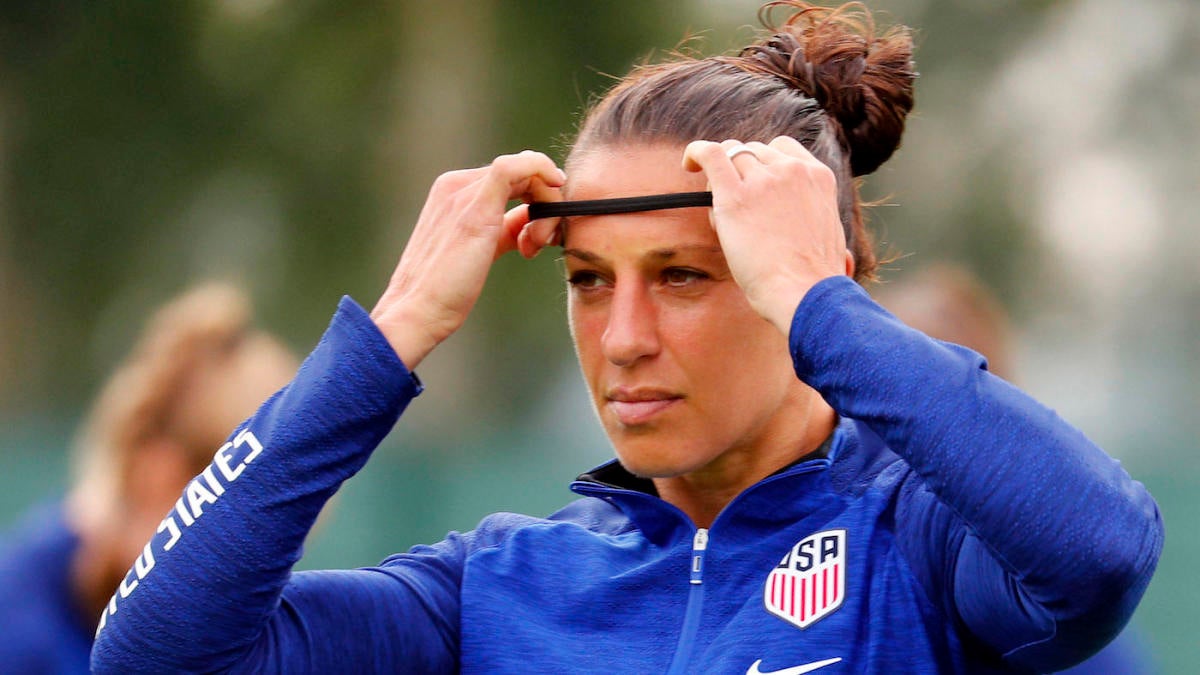 Carli Lloyd didn’t think much of it. After drilling a 55-yard field goal through uprights only half as wide as standard NFL goal posts, Lloyd didn’t think the moment would explode and that certain writers (like me) would be advocating for a certain NFL team (the Bears) to give her a tryout. She didn’t think it would actually lead to anything.

But Lloyd is reconsidering. She’s now realized that this has the potential to become a “pioneering moment for women.”

“When we got in the car, it was unbelievable,” Lloyd told Peter King for NBC Sports. “The texts, the videos, everything going viral. I had no idea. It was insane. It still is insane. I could not believe the attention on social media. I just had a conversation with Randy (Brown, assistant special teams coach with the Ravens), actually. The coaches and his GM, they all saw the video. They were like, What is she doing next week? I’m laughing about it, but the more I think about it, this has the chance to be sort of a pioneering moment for women.”

It might’ve started as something fun to do at the Ravens-Eagles joint practice on Tuesday, but it’s turned into something bigger.

After that video emerged, Lloyd herself said that she’d gotten “some inquiries” about a potential career as an NFL kicker. Hall of Fame talent evaluator Gil Brandt said a kicker-desperate team like the Bears should give her a tryout. Former NFL kicker Jim Breech told CBS Sports, “Any team that already has a kicker that wouldn’t take away from someone making the team … give her a shot.” Former NFL kicker Martin Gramatica told TMZ, “If she put her mind to it and started training, I could see her going all the way. I’m glad I’m not an active kicker. I’d be worried right now.”

Given Lloyd’s credentials, it’s no surprise she thinks she could have a successful career as an NFL kicker if she pursued it.

“I know that I could actually probably do it,” she said. “Put on the helmet, strap on the pads, go for it. The mindset I have, I think with practice, I know I have to work on my steps and my technique, but I think I could do it and do it well. It could be a huge pivotal moment. There is no reason why a woman could not do this. And I actually invite the pressure. I love the pressure. When I have to nail something—shooting hoops, ax-throwing, kicking a field goal—that is the moment I live for and want. It comes down to the mind, training the mind.

“It’s worth having some conversations about it. With practice and someone showing me, I know I can do it. I have one of the most accurate shots in our game. Big thing would be getting used to the big boys out there. But nothing scares me. You hold yourself back if you’re afraid. What’s the worst that can happen? I don’t make the team? Let’s just say I did try. Maybe I change the landscape a lot.”

She’s not wrong. She’s right about needing to practice in helmet and pads, which is something Gramatica mentioned during his interview with TMZ.

“And obviously when you put the helmet and the pads on, it makes it a lot different,” he said. “I know when I first started kicking, I hated the pads and the helmet. I felt so claustrophobic. It took me a while to get used to it.”

She’s right about needing to work on her technique, which is something both Gramatica and Breech brought up.

And she’s also right about being able to handle the pressure. This is the same player who has scored 114 goals for the U.S. women’s national team — including the game-winning, overtime goal against Brazil in the Gold Medal match at the 2008 Olympics, a brace in a 2-1 win over Japan in the Gold Medal match at the 2012 Olympics, and a hat-trick in the World Cup final against Japan in 2015. She completed that hat-trick from midfield with a kind of shot we might not ever see again, at least not on that big of a stage.

A significant number of her goals have come from penalty kicks, which involves the kind of pressure that kickers are faced with when they line up for game-winning or game-tying field goals. Mastering the technique required to be an NFL kicker might be an issue. It might take her some time to adjust to pads and a helmet. But the pressure of the moment would be the least of her concerns.

Momentum is building, but it seems unlikely that Lloyd will make a career transition during the upcoming season. For one, it’s already late August. The season is less than two weeks away. Two, Lloyd is still enjoying her career as a soccer player, both for the USWNT and Sky Blue FC in the NWSL.

Although Lloyd, 37, has indicated that she’s contemplating retirement, the Olympics are less than a year away. She might want to participate in one more major tournament before wrapping up one of the all-time best international soccer careers. Three, she’ll likely need time to hone her kicking technique.

“Oh, that would be massive. Pretty massive,” she said. “If I was a little girl watching and I saw an NFL kicker that was a female, that would be cool.”