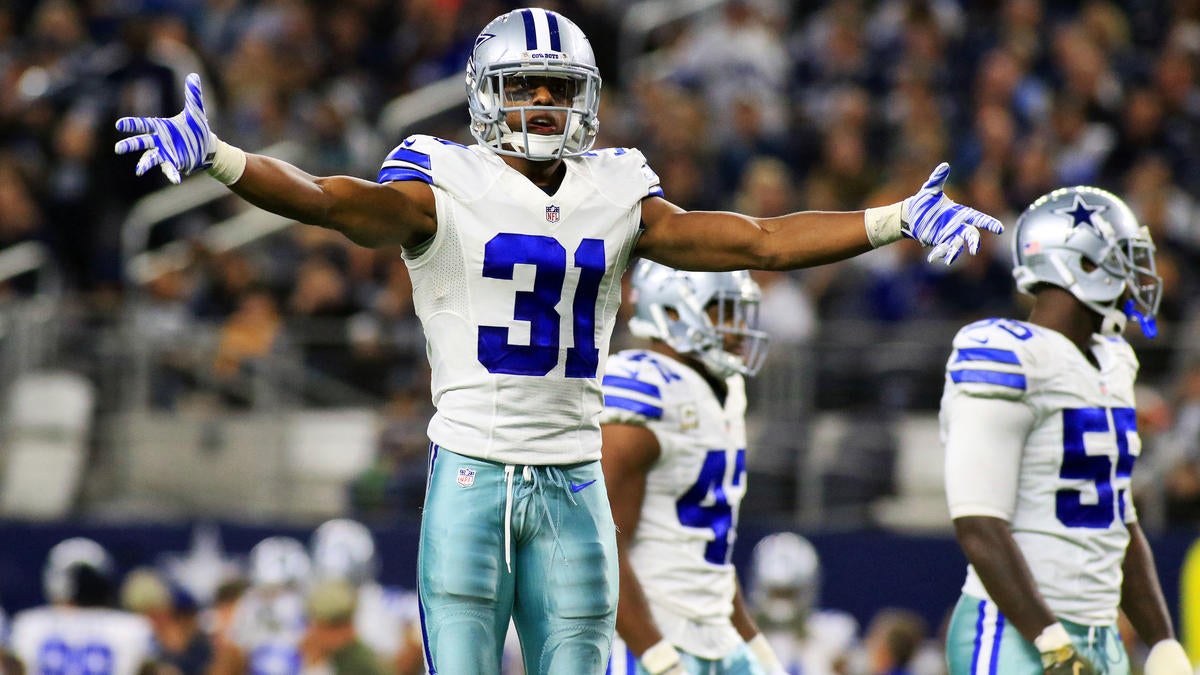 Byron Jones is headed back to the field for the Dallas Cowboys.

The 26-year-old has joined several of his teammates in having surgery to repair a nagging injury this offseason, with Jones having gone under the knife on March 27 to fix a hip ailment that appeared on the back end of the 2018 season. Traditional rest didn’t heal it fully, hence the decision to move forward with the clean-up procedure. The timetable for recovery put him at a possible return for the start of training camp, assuming there were no setbacks between now and then. The more likely outcome was a more deliberate approach that held him out until Week 1 of the regular season, however, as opposed to risking him unnecessarily before then.

In the end, his return landed closer to the latter, with the Cowboys reportedly set to activate Jones from the physically unable to perform list on Monday — per Todd Archer of ESPN. Jones has not missed a single game in his four-year NFL career, and this indicates he’ll continue his streak in 2019.

“Overall, rehab is going well,” Jones said in early June, via DallasCowboys.com. “Working on it every day. I’m starting to do lower-body lifts. The frustrating part is I want to go and I feel I can run, but I have to listen to the [athletic trainers].

“So, I’m taking my time, being patient and just doing what they’re telling me to do. ..I want to be back at training camp. I want to be back with my teammates and play in the preseason games. That’s the target.”

Jones won’t participate in the preseason finale against the Tampa Bay Buccaneers, but should be available for Week 1 when the Cowboys host the New York Giants. That’s not just good news for the team, but definitely for Jones, who is entering a contract year and looking to prove his 2018 breakout was no fluke.

With his fifth-year contract option having been exercised, the Pro Bowl corner back is locked in through the 2019 season — but nothing further — and conversations regarding a potential extension haven’t yet gained any real traction. The club met with Jones’ representatives at the NFL Combine in Indianapolis to get the ball rolling, but the more pressing contract talks of Dak Prescott, Amari Cooper and Ezekiel Elliott have dominated their time. The club was able to work in an extension on linebacker Jaylon Smith in August, but Jones remains patient knowing another strong year will only increase his value.

He’ll need to add ball hawking to his resume, though, or at least do his best to try. That’s easier said than done when considering Jones shut down half of the field for most of last season, with opposing quarterbacks refusing to target the receiver he was assigned to. He did finish with a career-best 14 pass break ups, which shows he can get his hands on the ball, and the only thing left for him to figure out is the takeaway portion.

Already a shutdown corner, if Jones starts grabbing interceptions, he’ll be a no-doubter for first team All-Pro at his position.

For his part in negotiations with the Cowboys, the former UConn star wants to stay right where he is, and he wants passing game coordinator Kris Richard — the assistant coach responsible for his full-time move to corner and, subsequently, his All-Pro season in 2018 — by his side for as long as is humanly possible.

“You’re not going to find a better, more well-ran organization than the Cowboys,” Jones said earlier in the offseason, via Jon Machota of The Dallas Morning News. “The fans are great. The weather’s great. The food’s great for me.

“I live right in the city too, so I want nothing other than playing for the Dallas Cowboys.”

It would behoove the team to work in a deal for Jones as soon as possible, because it could save them millions in the long run. They have the cap space to make it happen rather now or later, but considering how badly he wants to remain in Dallas, and how long it took the team to stop holding him back by virtue of making him a part-timer at three different positions — it stands to reason it’s a deal that should be fairly easy to nail down.

Then again, that could be why they’re not exactly pressed about it, yet.

One thing is for certain in 2019, though, and that’s how potentially dominant the Cowboys’ defense can again be. With defensive end DeMarcus Lawrence also returned from the PUP list, the unit is in good shape to build upon a very impressive 2018, starting on Sept. 8 against a familiar foe. The surgeries on both Lawrence and Jones were well-timed and won’t cost them a single regular season game, and both compliment each other on the battlefield.

Already all smiles with their premier pass rusher having returned, they now also have their star corner … back.