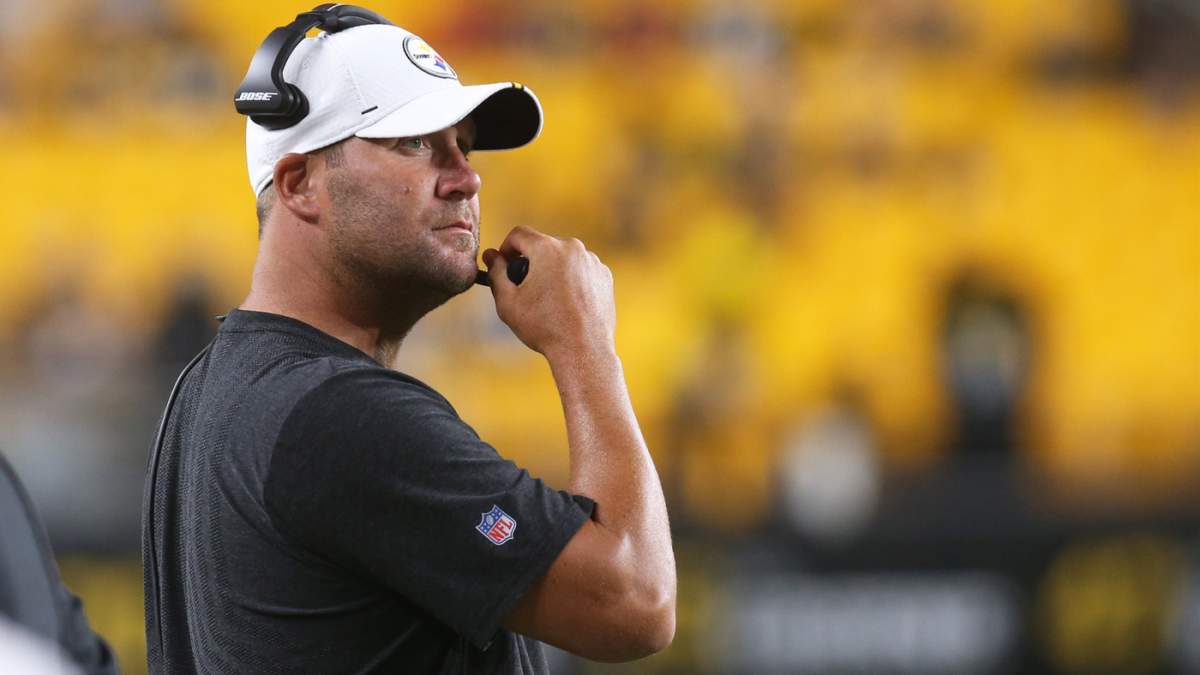 Ben Roethlisberger has reportedly made a decision on the future of his weekly radio show.

On Monday, Mark Madden of 105.9 The X reported that Roethlisberger will discontinue his weekly show for the 2019 season. During minicamp, Big Ben said that he had not yet decided on whether or not he would continue doing his show in 2019. Expect Roethlisberger to formally announce his plans for the show when he meets with reporters later this week.

“The Ben Roethlisberger Show” on 93.7 The Fan has been hosted by The Fan’s Ron Cook (along with several other co-hosts) over the past several seasons. Roethlisberger’s quotes on the show have had a tendency to become national headlines, especially over the last several years. Last season, Big Ben received criticism after he criticized receiver James Washington during one of his shows.

During the same show, Roethlisberger mentioned Antonio Brown’s route running as one of the reasons for his game-ending interception during Pittsburgh’s Week 12 loss to the Denver Broncos. Brown, on several occasions this offseason, criticized Roethlisberger for publicly calling him out. On Sunday night, during a pre-recorded interview with NBC’s Michele Tafoya that aired before Pittsburgh’s preseason victory over Tennessee, Roethlisberger said that he regrets criticizing Brown on his show because it “ruined a friendship.”

While Brown obviously didn’t like the public criticism, Washington told the team’s website during the offseason that Roethlisberger’s challenge served as a turning point during his rookie season.

“The second half of the season Ben had a talk with me and it really helped me a lot,” Washington said. “It helped me to relax. Playing with Ben … it’s like I’ve watched him since I was a kid and I’ve looked up to him, and now to be on the field with him. Your nerves are high at first and you don’t want to mess up because this guy is going to be a Hall of Fame quarterback.

“I think my production went up after that talk. I was able to be more relaxed and play the game that I’ve being doing since I was a kid. It was good to have that talk. He hadn’t given up on me, because in my eyes it had felt like that. When he told me that it was like a second lung. Every day he challenged me. It was like he gave me tough love. He explained things to me. And he kept believing. I appreciated it.”

One of the goals of Roethlisberger’s show — which was usually about 20 minutes in length — was to provide an informative, insightful, and entertaining show to its listeners. It’s safe to say that he usually delivered on those benchmarks while giving listening fans inside stories they wouldn’t hear otherwise.

Take, for example, Big Ben’s quick, easy to digest analysis of his 97-yard touchdown pass to JuJu Smith-Schuster during Pittsburgh’s 2017 victory over Detroit. Many fans were wondering wondering after the game how JuJu was able to pull off the immaculate score. Two days later, during his scheduled radio spot, Roethlisberger provided the answer in simple sound bytes.

“They gave a coverage where the safeties split wide,” Big Ben said of Detroit’s defense. “JuJu had something similar to that earlier in the game. He tried to juke the guy and give him an out move and then go up. I said, ‘Listen, next time get that look … beat him with speed.’ And that’s what he did.

“I didn’t know he had that much speed. He said he didn’t either.”

Big Ben’s radio show isn’t all X’s and O’s. Roethlisberger also uses the platform the delve into his personal life. Roethlisberger would routinely discuss what is going on with him, his wife and his three young children. Last year, Roethlisberger’s story about his oldest son asking for a James Conner jersey for Christmas went viral.

Stories like that will no longer be told assuming Roethlisberger does indeed plan to end his show.