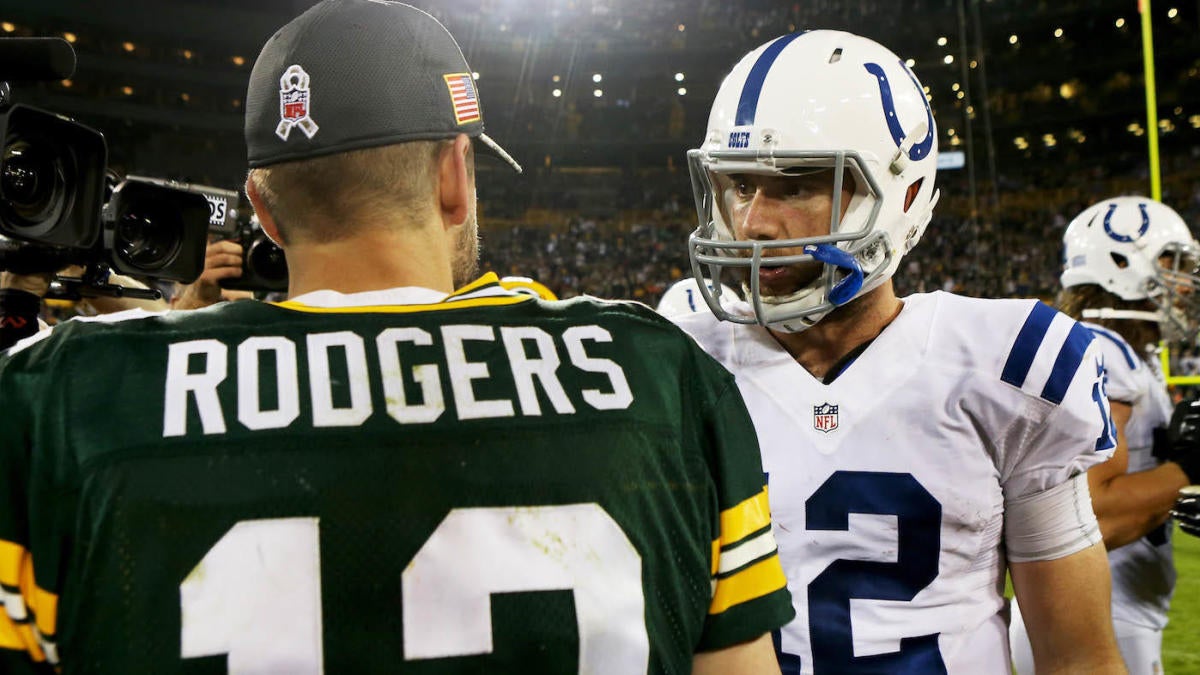 Put Aaron Rodgers in the camp of folks who weren’t too fond of how Andrew Luck’s retirement announcement was handled.

While appearing on Mad Dog Radio with CBS Sports Network’s Adam Schein on Monday, the Packers quarterback was asked for his opinion on the stunning retirement decision from Luck. Rodgers admitted he was taken aback by Luck’s announcement, but was more perturbed by the sight of Indianapolis Colts fans booing their quarterback as he walked off the field on Saturday night along with the news being leaked in the first place.

“Well, surprise was obviously the first emotion. He’s a young player, he’s had a really, really good career,” Rodgers told Schein. “But I think the second is a little disgust, maybe, at the way that it was handled. Him getting booed, the word leaking out the way that it did, I thought that was a little disgusting because here’s a guy who’s making a quality of life decision. And he’s given a lot to the game. He’s not a 15-year vet, but he’s put himself through a ton just to get back on the field.

“When we think of the injuries that he’s had over the last three or four years and I think that’s kind of what he said. Rehabbing every single day, dealing with pain and having to do so much just to get back out there kind of wore on him mentally and I can totally relate to that having a couple of major injuries myself.”

The original plan for Luck was to tell his teammates following their preseason contest and then have a press conference midweek. Instead, the story was leaked, ESPN was able to break the story, various other outlets soon confirmed it and the cat was out of the bag.

Rodgers isn’t alone in his disgust towards those who booed Luck on his way out the door. In fact, some of Luck’s now-former Colts teammates were very open about their displeasure surrounding the fans booing him.

“It sucked, with what he’s done and what he’s been through,” said quarterback Jacoby Brissett, via The Indy Star.

“It was (expletive). It was wrong, man,” added running back Marlon Mack. “Guy’s not gonna play forever, man. Don’t do a guy like that. He gave his all to the organization. Guy played his heart out. He just felt like it was his time. You can’t blame him for what he did. Everyone has their time where you can’t push yourself to that limit.”

There are some that have been critical surrounding the timing of Luck’s retirement decision with the regular season right around the corner, but Rodgers doesn’t see it that way.

“I think what he did was actually very unselfish,” Rodgers said. “Does he not start the season? He could be on IR, and then he’s cashing a paycheck from the Colts without playing. But instead he’s making the decision now so they can move forward with Jacoby [Brissett], and he’s making a decision that’s for his own quality of life and happiness, and I salute him for that. I enjoyed competing against him. I think he’s a hell of a player, and I’m happy for whatever is next with Andrew.”