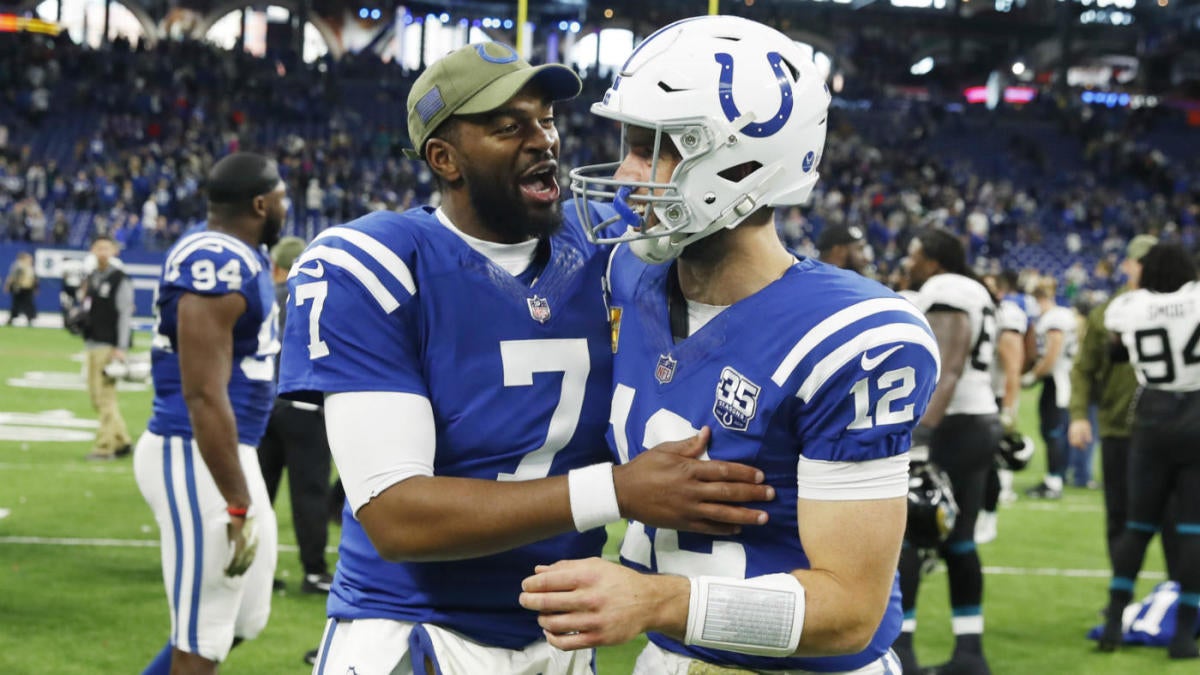 When the news of Andrew Luck’s retirement broke on Saturday night, it shook the NFL world to its core. A 29-year-old franchise quarterback, set to make more than $25 million in 2019, coming off the best season of his career and playing for a reborn contender in the Colts was just walking away from football? It made no sense.

And it sent the gambling world scrambling to adjust what were previously pretty secure future prices. The Colts were one of the top Super Bowl favorites at 12-1 and their odds dipped precipitously to 60-1 with Jacoby Brissett replacing Luck. The Colts went from the favorites (-130) in the AFC South to the biggest underdogs (4-1 and more in some spots).

But perhaps the biggest shift was in the win total for Indy. Previously the Colts had a win total of 9.5, with the over juiced heavily. The under was +105 when the Luck news broke and the over varied between -130 and -150 depending on where you looked.

After the news, the over dipped down a whopping three games, moving to 6.5 at FanDuel Sportsbook in New Jersey. As T.A. Cleveland of Sharp Football Analysis explained to me on the Pick Six Podcast (our daily NFL pod — we even bust out emergency pods when Andrew Luck retires — go ahead and subscribe or listen to the show with T.A. below), that’s an overreaction.

“I thought it was an overreaction. I got some guys that agree with me, others don’t actually read [the Twitter thread] and say they’re not winning the division. That wasn’t my point. It’s not that the Colts are a Super Bowl contender, it wasn’t that the Colts are going to win the division,” T.A. explained. “It was more of, the instant reaction was an overreaction. I think 6.5 is too low. That’s the sixth or seventh lowest win total on the board right now. And I don’t think the Colts are the sixth- or seventh-worst team in the NFL. I think the division will be very competitive. All four teams have a shot. I think Tennessee is the worst team in the division, to be honest. I actually have their win total under, been sitting on it for a while.”

As T.A. noted, people think that Brissett taking over in 2017 and going 4-12. Warren Sharp — friend of the pod! — had a thread on this back in 2018 noting how many times the Colts blew a big second half lead during that season.

It was, as T.A. pointed out, remarkable. Additionally, Brissett was acquired by the Colts on Sept. 2, 2017, just a week before the season began! He wasn’t working with Frank Reich and he had minimal starting experience.

No one is saying he’s going to become Steve Young here or anything, replacing Indy’s Joe Montana. But the idea that the oddsmakers could move this line to 6.5 is pretty wild, especially considering it creates a three-win window for anyone who had the Colts under to jump in and take a big shot at winning both bets.

T.A. and I dive in on more of this as well as his favorite sleeper for the MVP award. Listen in the player above and make sure to subscribe!