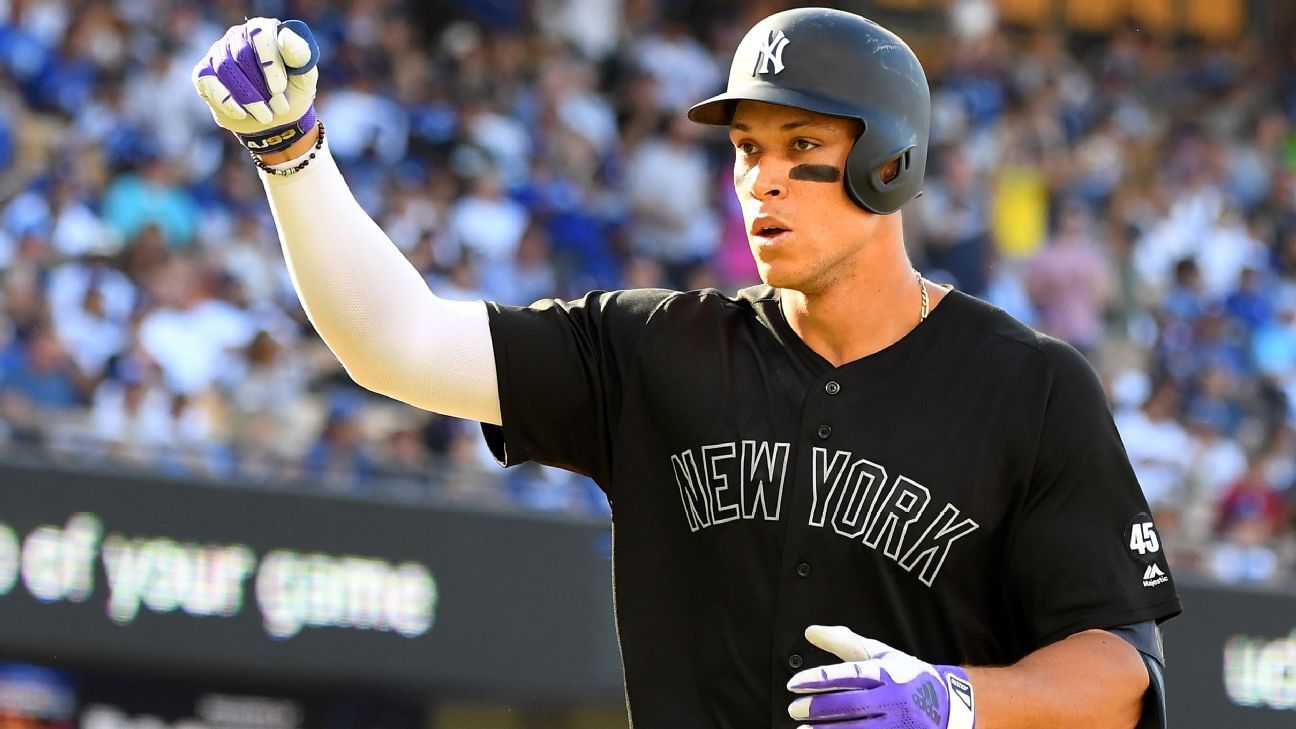 Aaron Judge is a man of his word.

The New York Yankees outfielder, while meeting an older fan on the field prior to Sunday’s series finale at Dodger Stadium, told the man, “I’ll hit one for you tonight” as he walked away.

A man of the people @TheJudge44 pic.twitter.com/8uDeuD3lBs

Judge delivered on that promise in his second at-bat, crushing a 1-1 curveball from Los Angeles Dodgers ace Clayton Kershaw to deep center in the top of the third inning.

It was Judge’s 16th home run of the season and gave the Yankees a 2-1 lead.