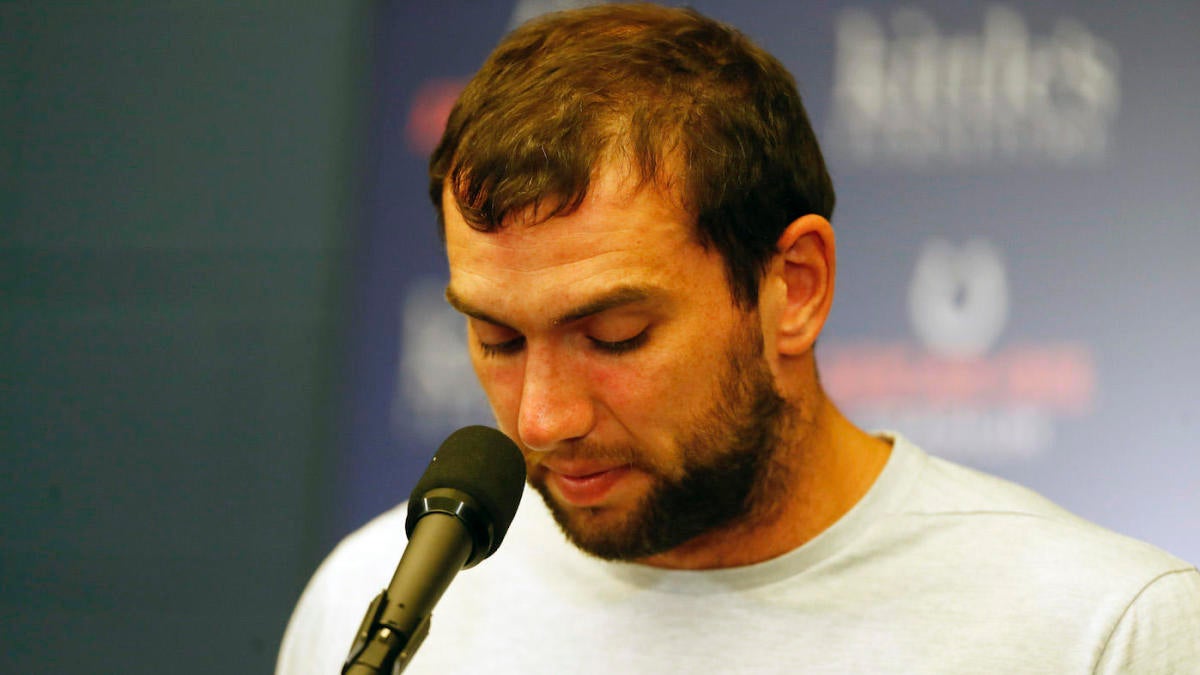 Week 3 of the preseason is considered the dress rehearsal for most NFL teams, and there was plenty of action on and off of the field. The biggest news of the NFL offseason broke on Saturday night, as Indianapolis Colts quarterback Andrew Luck announced his shocking retirement after just seven seasons at the age of 29.

While that was the story of the week, there were several other noteworthy storylines that are worth looking back on. The Houston Texans lost their starting running back, Cam Newton is now in a walking boot and there was an incredible catch that you have to see.

Here is what we learned during Week 3 of the preseason.

Andrew Luck hangs up the cleats

No storyline was bigger than Luck’s surprising retirement, and rightfully so. Luck’s news was so shocking that even the quarterback himself was shocked by the timing: he’d planned to tell his teammates of his intention to retire on Sunday, and then make an official announcement in a press conference.

After 86 career games, 23,671 yards, 171 touchdowns and 83 interceptions — the ride is over. The Colts will now hand over the reigns of the offense to backup Jacoby Brissett, who actually started the 2017 season when Luck was out nursing a shoulder injury. Still, the Colts can’t be as confident about their postseason hopes as they were earlier this offseason. Vegas also thinks so, as sportsbooks just recently updated the Colts’ playoff odds, sending them plummeting.

As for why Luck is retiring, the injuries he battled throughout the past few seasons had simply taken too big a toll on his psyche, he said.

“I felt stuck and the only way out of it is to no longer play football,” Luck told the media on Saturday night. “It’s taken my joy away from the game.”

Luck was overcome with emotion as he addressed his decision — one which he called the hardest of his life.

The Houston Texans suffered a big blow on Saturday night, when running back Lamar Miller tore his ACL and MCL in his first preseason appearance of the 2019 season, per Aaron Wilson. You can see on the video of the play right here, that Miller’s knee bends in the wrong direction as it’s struck by Maliek Collins‘ shoulder.

The 28-year-old was coming off of a season in which he rushed for 973 yards and five touchdowns. As for who will replace him, right now that role is given to Duke Johnson.

The Texans traded a fourth-round pick which can become a third-round pick earlier this month for the former Cleveland Browns running back, who was not excited with his role in what was to be a loaded backfield. With that being said, it’s not outside the realm of possibility that the Texans will want to sign another running back who can come in and make an immediate impact.

Ultimately, this is a big loss for the Texans’ offense, and one that could make life a little harder on quarterback Deshaun Watson.

After holding their star quarterback out of the first two exhibition games, the Panthers decided to let Newton take a few snaps under center on Thursday night against the New England Patriots. During the Panthers’ third series, Newton was sacked and proceeded to limp off the field. He was later seen leaving Gillette Stadium in a walking boot, which naturally sent Panthers fans into a panic.

Ian Rapoport reported that Newton’s X-rays came back negative and that he was going to undergo more tests. The following day brought better news, as the Panthers now believe that this is not a serious injury.

According to Jourdan Rodrigue, Panthers general manager Marty Hurney told reporters that Newton suffered a mid-foot sprain on his left foot, and they are cautiously optimistic that he will be ready for the season opener on Sept. 8.

We saw what happened to this Panthers team when Newton was unable to suit up at the end of last year, which is why this injury is worth monitoring over the next couple of weeks. Carolina opens up the season against the NFC champion Los Angeles Rams, which could be an automatic loss if Newton is unable to go.

San Francisco 49ers fans had to be rattled with Garoppolo’s performance on Monday Night Football last week, after he went 1 of 6 for zero yards and one interception against the Denver Broncos. But he rebounded on Saturday night in a big way.

Garoppolo led three scoring drives, completing 14 of 20 passes for 188 yards and a touchdown. That touchdown was a beautiful pass to running back Matt Breida, who laid out and made a spectacular catch for six.

This is the quarterback the 49ers put so much stock into, and it’s good to see him making throws like these just before the beginning of the regular season.

San Francisco has a three-headed monster in the backfield, a couple of talented rookie wideouts and a revamped defense. Things could be looking up for the 49ers.

Baker Mayfield has a bad week on and off the field

What happened to Mayfield was sort of the opposite of what Garoppolo just went through.

The former No. 1 overall pick sat out the second preseason game, but played really well in the preseason opener against the Washington Redskins. He may have played just one drive — but what a drive it was.

Mayfield took his offense 89 yards down the field in just seven plays for the first score of the game, as this Cleveland offense appeared just as dangerous as we all thought they would be in 2019. Friday night was nothing like that, however.

Facing mostly man coverage from the Tampa Bay Buccaneers‘ defense, Mayfield completed 10 of 26 passes for 72 yards with an interception just before halftime. It wasn’t just Mayfield who struggled, Kareem Hunt also managed just 11 yards on five carries — but the Browns first-team offense failed to get into the end zone.

It was a tough week for Mayfield off of the field as well after comments made during a GQ feature surfaced, where he revealed that he is not a big believer in New York Giants first-round pick Daniel Jones.

When Jones was asked for a response, he paid no attention to the matter. His lack of a response — which could even be called silence, flipped the script on Mayfield and forced him to clarify his comments. You can’t officially call it an apology, but it’s the closest thing to one you’re going to get from Mayfield:

While some may think Mayfield’s comments are overblown, that may be true, but it was one of the biggest stories in the NFL this week. Not the best couple of days for the Browns’ starting signal caller.

It may have just been the rain that fell over Nissan Stadium on Sunday night, but the Titans’ quarterback situation seems to have grown murkier. Head coach Mike Vrabel has maintained that the Titans aren’t hosting an open quarterback battle between Marcus Mariota and Ryan Tannehill, but Mariota’s performance against the Pittsburgh Steelers was just about the last thing you want to see before the regular season.

Mariota failed to complete any of his three passing attempts and was sacked for a safety in the first quarter before Tannehill was inserted into the action. While Tannehill didn’t put up monster numbers by any means, he still had some good plays, completing 6-of-9 passes for 62 yards.

The former No. 2 overall pick has struggled through inconsistent play as well as injuries over his four seasons in the league. With a capable backup now on roster, the pressure has never been more intense on the former Oregon star.

McCloud may have caught just five passes during his rookie season in 2018, but he will probably remember this one he made on Friday night forever.

In one play, we had a drop, an interception and then a catch. McCloud was able to fight the ball away from a defender before falling backwards out of bounds in what may be the catch of the preseason.

This 23-yard catch was definitely the play of the night in the Bills’ 24-20 win over the Detroit Lions.