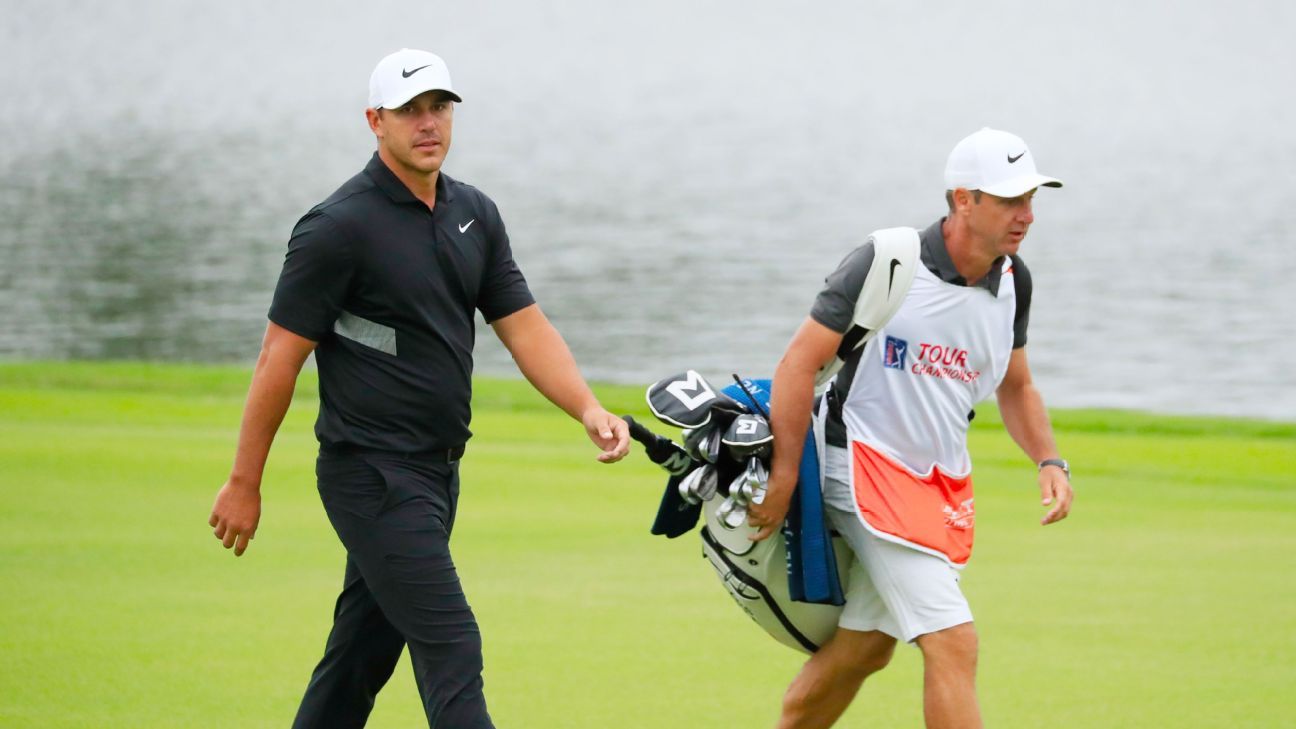 ATLANTA — Brooks Koepka got up-and-down for birdie from behind the 18th green to complete a bogey-free Sunday morning at the Tour Championship and set up a wild finish for $15 million in the FedEx Cup.

Koepka had two bogeys in five holes of the third round when it was suspended Saturday because lightning struck a 60-foot pine at East Lake and injured six people who had been standing near the tree. They were treated and released from hospitals that night.

Rory McIlroy and Xander Schauffele were one shot behind. McIlroy had a 68 and Schauffele made his first hole-in-one for a 67. Justin Thomas, who had a one-shot lead when play resumed, and Paul Casey were four back.