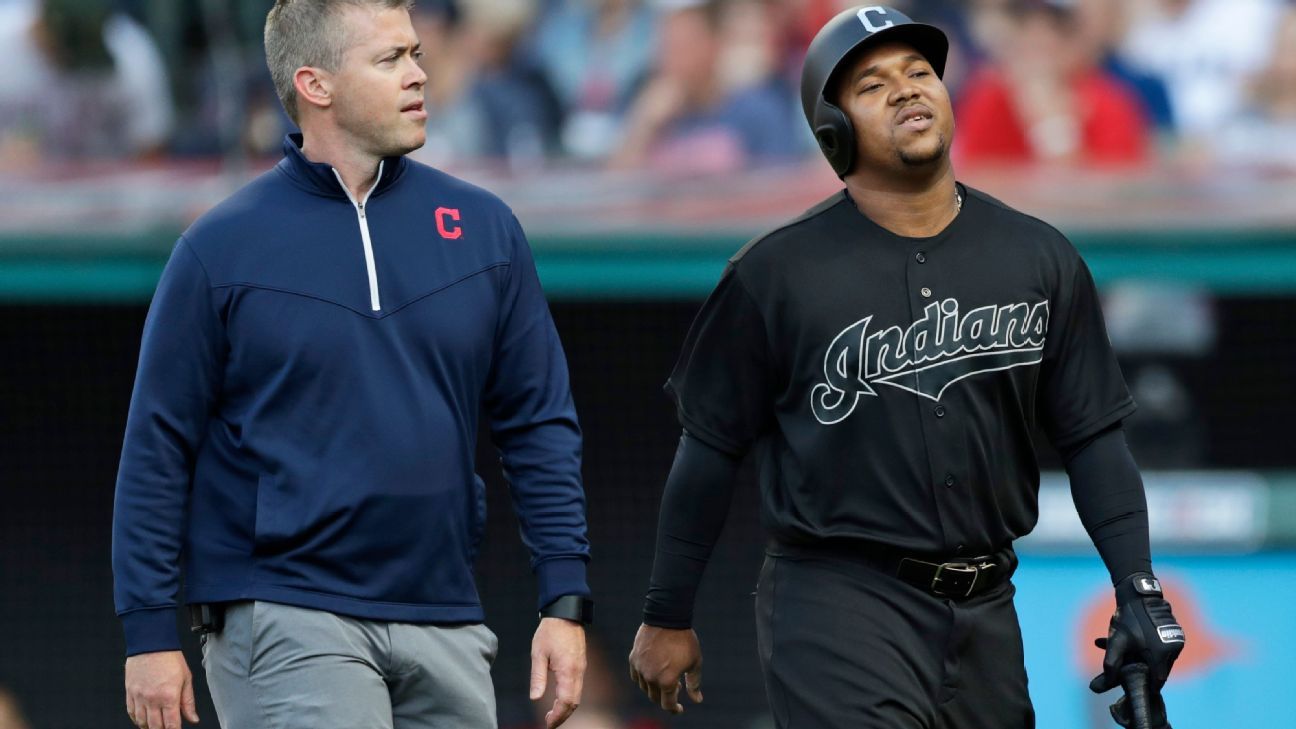 Cleveland Indians third baseman Jose Ramirez has been diagnosed with a fractured hamate bone in his right hand and has been placed on the injured list, the team announced Sunday.

Ramirez, a two-time All-Star, had an MRI after he exited in the first inning of Saturday’s game against Kansas City after fouling off a pitch.

There is no immediate timetable for his return.

The injury could be a blow to the Indians’ playoff hopes as they try to catch the first-place Minnesota Twins in the AL Central.

Manager Terry Francona said Ramirez, 26, has been dealing with a sore wrist, but the injury occurred in a different area of the joint.

The injury is latest obstacle for the Indians. Two-time Cy Young winner Corey Kluber has been out since May 1 with a broken arm, and starter Carlos Carrasco is being treated following a leukemia diagnosis.

Utilityman Mike Freeman replaced Ramirez in Saturday’s game and had two hits and an RBI.

The Indians called up infielder Yu Chang from Triple-A Columbus.

MLB trade deadline tracker: Every deal ahead of July 30, including Joey Gallo to Yankees