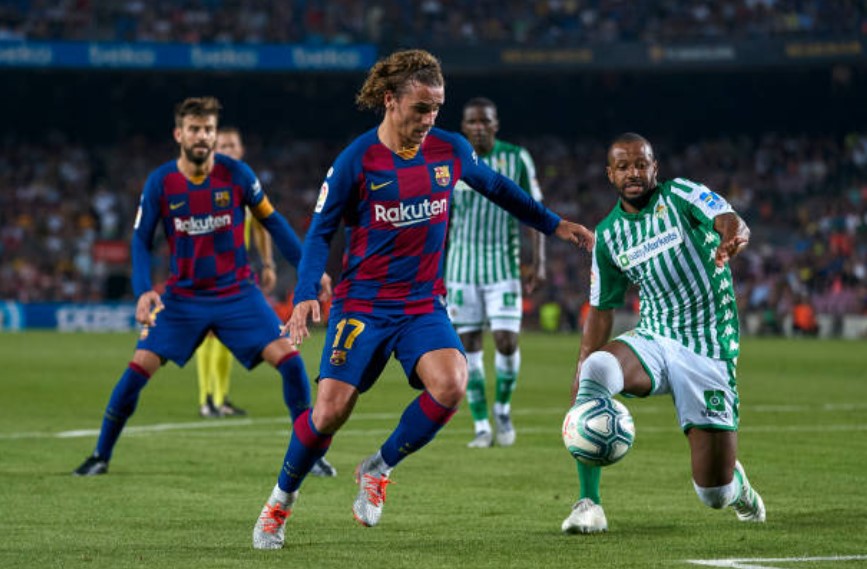 FC Barcelona got their first win of the La Liga 2019-20 season, and they did so in spectacular fashion. After losing in the first match against Athletic Bilbao, Los Blaugranas bounced back and registered an impressive 5-2 win over Real Betis at Camp Nou.

Here are three things we learned from Sunday’s match.

Antoine Griezmann was as good as advertised

Griezmann has only played two matches for Los Blaugranas, but it’s not a stretch to say he’s been the team’s best player so far. He was their most dangerous man in the season opener against Athletic Bilbao, and now had a stellar performance against Betis on Sunday.

The France international netted two goals and delivered an assist against Los Verdiblancos. He took advantage of a cross from Sergi Roberto to score the equalizer, placed a ball into the further post with a lovely curled effort to make it 2-1, and assisted Arturo Vidal with a cross on Barca’s fifth and final goal. Needless to say, this is exactly the kind of performance fans were expecting from one of the best forwards in the world.

Barcelona’s overall improvement was notorious in this match

There were doubts regarding Barcelona’s loss in the opening day of the season, and those concerns got bigger when Betis got themselves in front on Sunday. But Barca ended winning the match deservedly thanks to four second-half goals. But most importantly, several players returned to their “expected form” in this game.

Names such as Sergio Busquets, Jordi Alba, Gerard Pique and Sergi Roberto were criticized against Bilbao, but delivered solid performances against Betis. Arturo Vidal scored off the bench, and youngster Carles Perez scored in his first start of the season. This is more or less what many expected from Barca in their home opener, and they didn’t disappoint the fans.

It’s only been two games, so this needs to be taken with a slight grain of salt. But Betis have been largely disappointing so far. Los Verdiblancos have lost their first two games of the season – conceding multiple goals both times – and what’s even worse, they have looked overmatched on both games.

French starlet Nabil Fekir has been one of the few positive aspects for Betis this season. He scored a goal against Barcelona this Sunday, but there’s a gulf of difference between him and his teammates when it comes to quality. And while things can change while the season progresses, the early returns are not promising. One thing seems to be clear, though. Fekir won’t be enough to carry Betis into European positions.