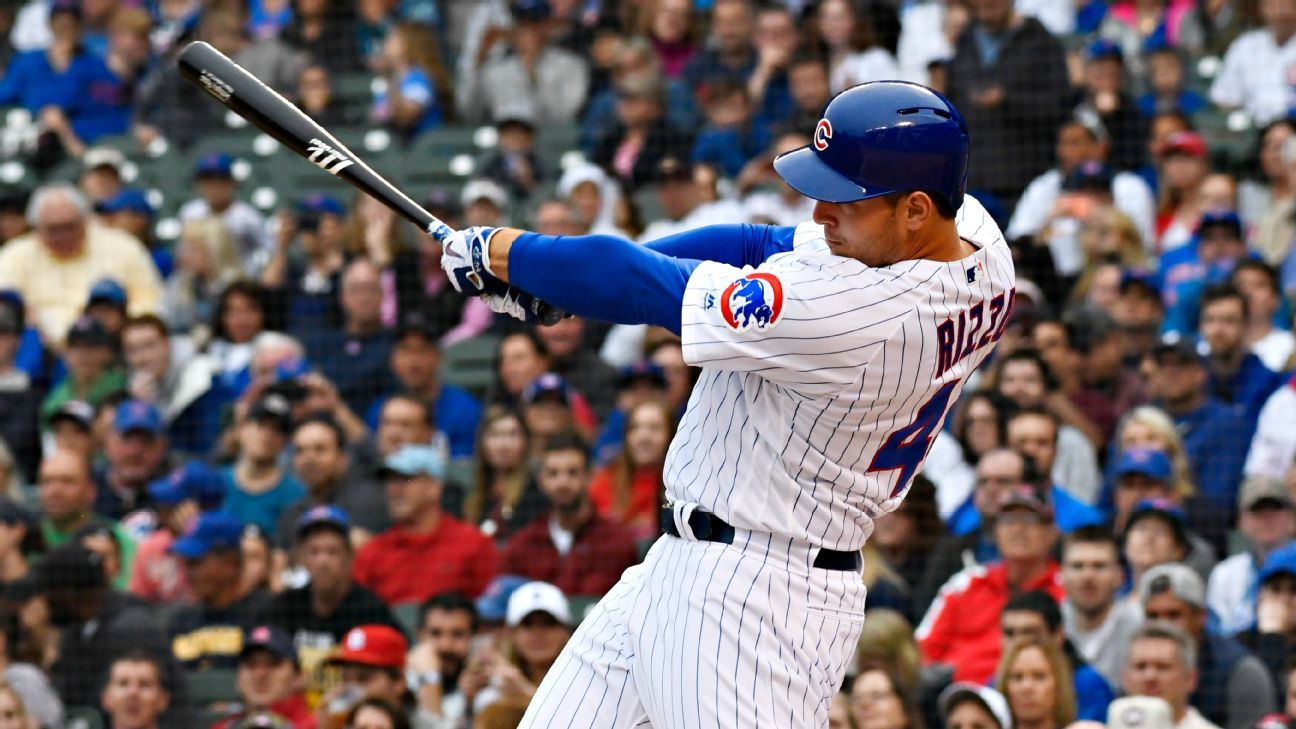 CHICAGO — Cubs first baseman Anthony Rizzo is out of Sunday’s starting lineup because of tightness in his back.

Rizzo left Saturday’s 7-2 loss to Washington in the fifth inning. Rizzo, who turned 30 on Aug. 8, has a history of back issues.

“It’s a little bit different spot, he said,” Maddon said Sunday. “So we’re not as concerned. … When I talked to him afterwards yesterday he was pretty optimistic.”

Ian Happ started at first in the series finale against the Nationals. It was his third career start at the position.

The Cubs are off Monday before beginning a three-game series at the New York Mets on Tuesday night.

Holland is out with a bruised left wrist. The left-hander got struck by a comebacker during Wednesday’s 12-11 loss to San Francisco.

The 32-year-old Holland pitched Friday against the Nationals, allowing a run while working the ninth inning. Maddon said Holland thought he was OK “and the result wasn’t that good.”