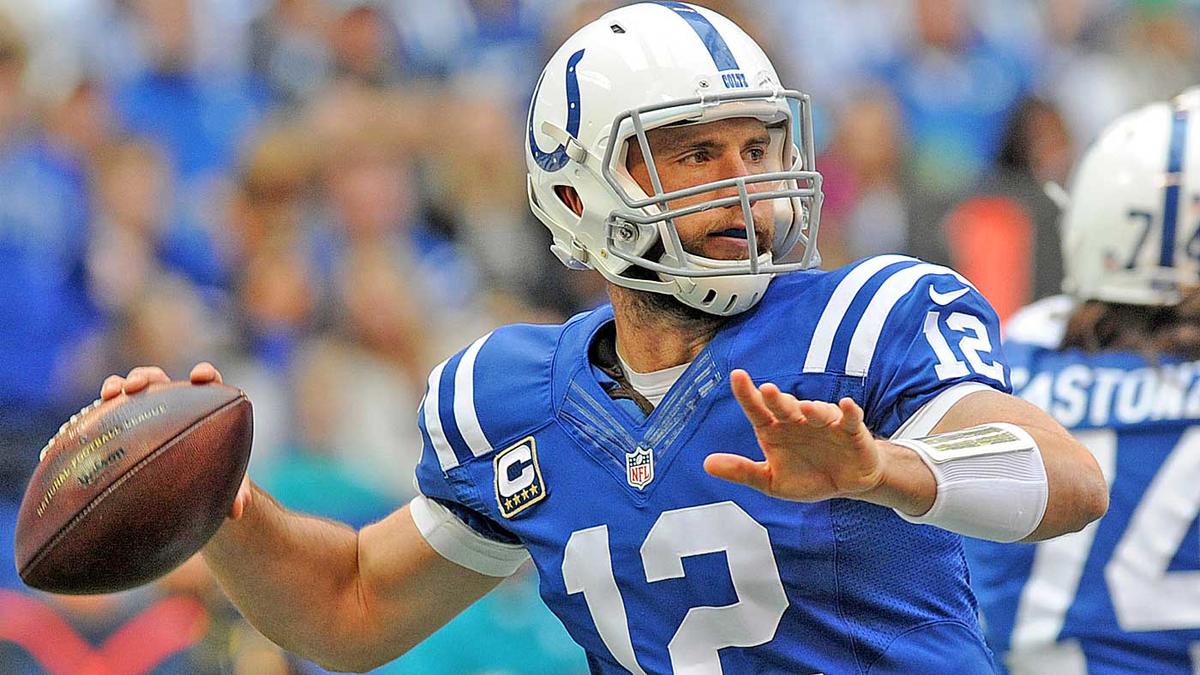 On the heels of his stunning retirement at the age of 29, it’s time to look back on how close to perfect Luck was when he entered the NFL in 2012.

Peyton Manning and John Elway, the other two passers who reside at the peak of the all-time great quarterback prospect mountain, were viewed just as highly on the field as Luck. But with Elway came a diva persona and the threat of leaving to play baseball for the Yankees.

Manning is the closest entity to Luck the modern NFL Draft has seen, but even in 1998, then Colts GM Bill Polian has admitted, a week before the draft, he was still battling the Manning vs. Ryan Leaf conundrum.

Luck was the consensus No. 1, as-close-to-a-flawless quarterback prospect at a time when the NFL Draft had gone completely mainstream and poking holes in a collegiate player entering the league was ubiquitous thanks in large part to social media providing everyone a viewable opinion on the crapshoot that is the draft.

Luck was on par with Manning and Elway mentally and talent-wise. But he came with no drama about the city in which he demanded to play. And even with wildly popular Heisman-winner Robert Griffin III a part of his draft class, everyone knew Luck would be the first overall selection in the 2012 Draft and deserved that distinction.

He checked all the boxes.

As the No. 3 pro-style quarterback recruit in the country in the class of 2008 per 247 Sports, Luck decided to play his college ball for burgeoning quarterback whisperer Jim Harbaugh.

There were no worries about Luck’s transition from his collegiate offense to what was, even then, an offense prominently featured across the NFL.

Luck’s dad, Oliver, was a second-round pick of the Houston Oilers and had a five-year pro career, so NFL bloodlines were a luxury on Andrew’s scouting profile right out of the gate.

Luck made sound decisions, routinely drifted away from pressure inside the pocket, and his arm was noticeably strong, Oh and he threw an accurate ball. As a redshirt freshman in 2009, Luck completed 59.2% of his passes at a hefty 8.9 yards-per-attempt average with 13 touchdowns and four interceptions.

Then, as his draft buzz erupted from a light simmer to a rolling boil, Luck’s completion rate rocketed to 70.7%. He accumulated 3,338 yards through the air (9.0 yards per attempt) with 32 touchdowns and eight interceptions. He would’ve been the first pick in the 2011 Draft had he declared after that redshirt sophomore year.

Stanford — a program that last won more than nine games in 1992 — finished fourth in the AP poll with a 12-1 record that was culminated by the thrashing of the Tyrod Taylor-led Virginia Tech Hokies in the Orange Bowl.

But he decided to stay at the prestigious school to finish his architectural degree. “Smarts” box? Checked.

As a redshirt junior, with every drop back he took under the microscope, Luck completed 71.3% of his passes, at 8.7 yards per attempt, with 37 touchdowns and 10 interceptions. Stanford went 11-2. He finished with a career 31-7 record in Palo Alto and was never injured. The production and experience boxes were easily checked too.

Luck went to the combine, and while he had flashed as a runner in dire situations for the Cardinal, no one was quite sure how good of an athlete he truly was. A-ha! This is where his flaw would be uncovered. Except it wasn’t. Quite the opposite really.

Luck was a big, productive, durable, intelligent, super-athletic, deft pocket passer with a strong arm, plenty of pro-style experience, and NFL quarterback genetics who was integral in the resurrection of a program.

The term “generational” gets oxymoronically tossed around just about every year with top prospects, but if we look at a “generation” as the length of a solid football career for, say, a first-round pick, Luck truly was generational. And, just as importantly, as a quarterback, Luck lived up to the massive amount of hype that surrounded him.

Until he’s unseated, Luck will personify the perfect storm of quarterback prospect awesomeness.