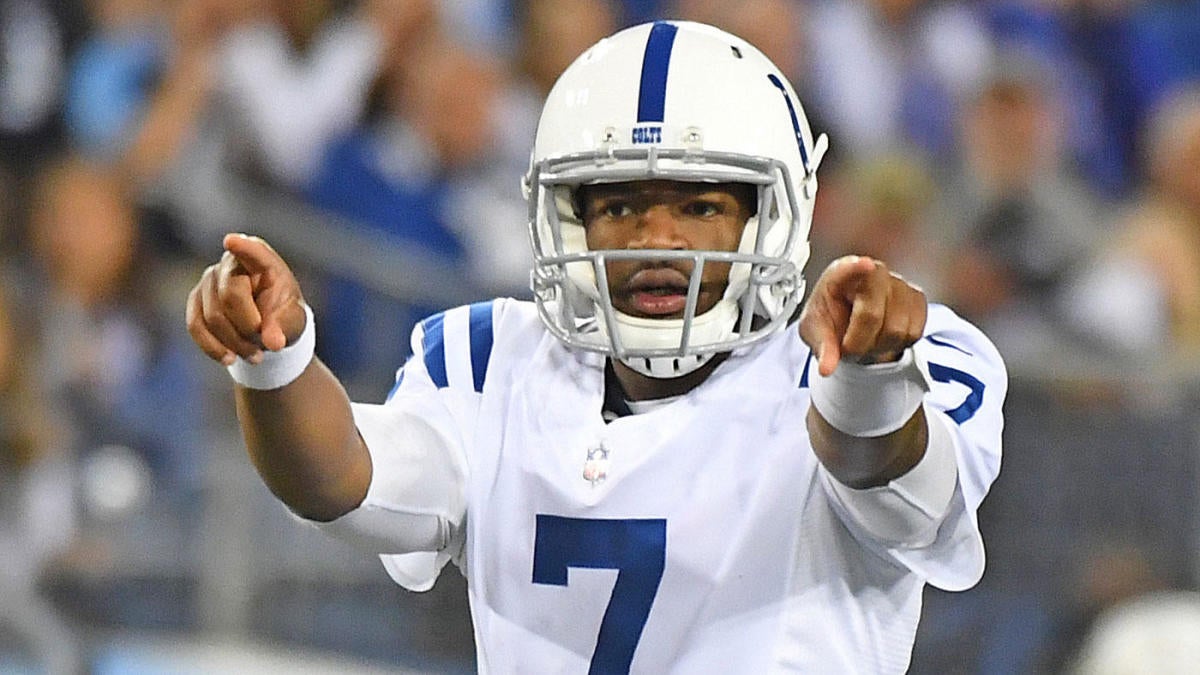 And then there was Jacoby Brissett.

In the aftermath of the stunning decision by Andrew Luck to retire from the NFL and walk away from the Colts, it is Brissett who is left with the keys to the engine of the Indy offense.

In a way, the 26-year-old quarterback is perfectly suited to spring into action for the Colts in what is a totally unprecedented situation. Despite only having three years under his belt in the NFL, Brissett has come in under duress on plenty of occasions.

The last time the Colts played without Andrew Luck, things fell apart. It won’t be that bad this time around, with Jacoby Brissett having spent a few more years in the system and by all accounts developing into a solid option. Still, you have to downgrade the likes of T.Y. Hilton and Marlon Mack, who fall into the No. 2 range at their respective positions. Eric Ebron, already a regression candidate, joins the crew of touchdown-or-bust options at the end of the No. 1 tier at tight end, with a quarterback who isn’t going to get the team into the end zone nearly as much. As for the rest of the supporting cast? There probably isn’t much reason to worry about Devin Funchess, Parris Campbell, or Jack Doyle outside of deeper leagues.

Before landing in Indy, the N.C. State product was third on the depth chart with the New England Patriots after being taken in the third round of the 2016 NFL Draft.

Under normal circumstances, Brissett would never see the field with the Pats also boasting Jimmy Garoppolo along with Tom Brady. But, Brady accepted his four-game suspension by the NFL in relation to the Deflategate saga, leaving just Garoppolo and Brissett on the roster in his absence.

Then, Garoppolo injured his shoulder during New England’s Week 2 matchup with the Colts in 2016 and thus gave us a much earlier than expected debut of Brissett.

The Patriots were leading 21-0 at the time, but he was able to weather the storm, completing 6 of 9 for 92 yards and securing the 31-24 win. Brissett then started the next two games, notched a 61.82 completion percentage for 400 yards, added 83 more rushing yards and a touchdown. By the time Brady returned from suspension, Brissett was able to hand him a 3-1 team.

Not too shabby for a rookie.

Fast-forwarding to the 2017 season: The Patriots traded Brissett to the Colts in exchange for wide receiver Phillip Dorsett on September 2. With no offseason to immerse himself into his new offense and Andrew Luck on the shelf with a shoulder injury, Brissett was once again thrusted into the limelight after it became apparent that then-replacement Scott Tolzien wasn’t cutting it late in their Week 1 contest.

As Luck stayed sidelined throughout the year, Brissett made it work on the fly completing 58.8% of his passes for 3,098 yards, 13 touchdowns and seven interceptions. He also rushed for 260 yards and four touchdowns as the Colts went 4-11 on the year.

That record isn’t considered a great season by any stretch of the imagination, but with a foundation for Brissett that was essentially nonexistent, it’s amazing that there were three teams worse than the Colts that year.

And now Brissett is here: watching on as Andrew Luck steps away from the NFL and is fully in-line to be the starter for the Colts.

In what is unfamiliar territory, the quarterback should feel right at home. He’s done it before and now he’ll have to do it again.