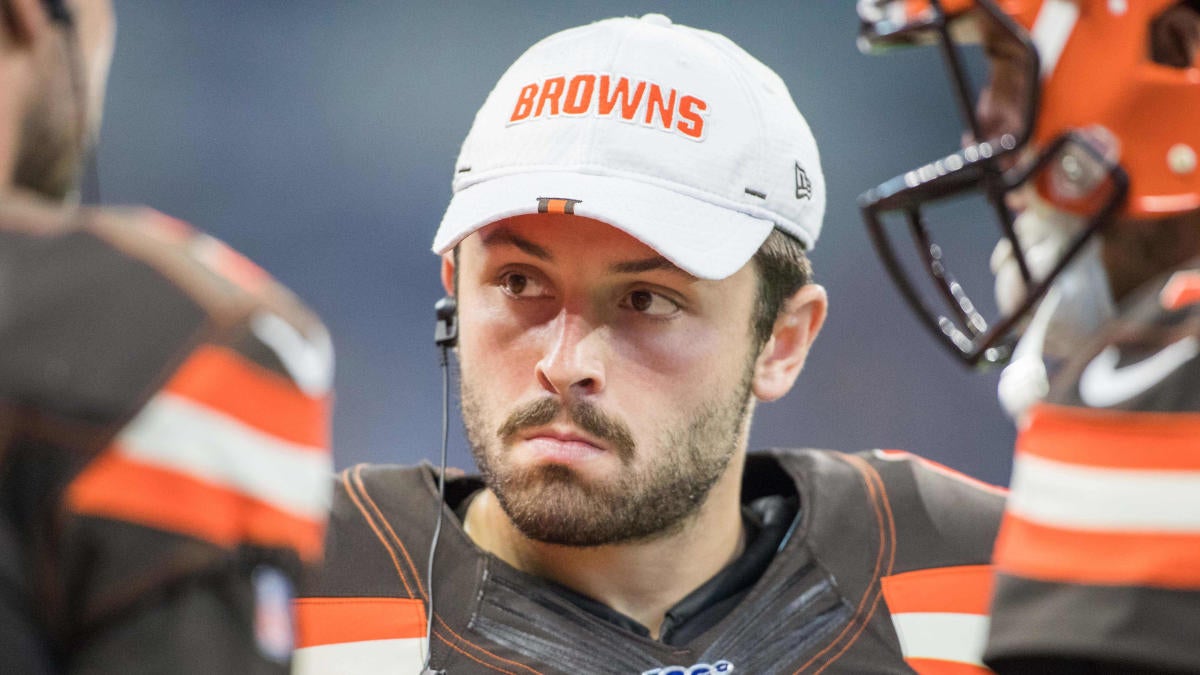 The hype surrounding the Cleveland Browns‘ offense has just been tempered a bit.

When quarterback Baker Mayfield took over as starter in 2018, things got instantly exciting as he found a quick chemistry with wideout Jarvis Landry — who himself joined the organization that same season via trade — along with other weapons like tight end David Njoku. Like Mayfield, rookie running back Nick Chubb broke out in a big way when unleashed, rushing for 996 yards and eight touchdowns in just nine starts. One revamped coaching staff for 2019 and a blockbuster trade to land Odell Beckham, Jr. later pushed the Browns’ hype machine into overdrive for the coming season.

They burst out of the preseason gate initially, but were humbled in the third August contest by the Tampa Bay Buccaneers, who handed them a 13-12 loss on Friday. This means the Browns have gone from scoring 30 points in the preseason opener, to 21 in the second outing, and now just 12 points — making new head coach Freddie Kitchens a very unhappy camper.

“It’s not going to be acceptable and we’ll figure out why it happened – bad technique, bad execution, bad plays, bad play call. It could be any damn thing. We’re not going to start placing blame tonight, we’re in this thing together.”

To put it plainly, it simply wasn’t a fun game for the usually jovial and potentially electric offense, as also evidenced in how Kareem Hunt rushed for 11 yards on five carries. For perspective, backup quarterback David Blough rushed for one more yard than did Hunt, and on just one carry. As a matter of fact, Blough had the most rushing yards on the team with only 12, which is far from ideal if you’re Kitchens and staff.

It wasn’t all bad for the Browns, though, as noted in the 13 points allowed to the Bucs. The team’s defense was firing on all cylinders against Tampa Bay, brutalizing Jameis Winston and Co. to the tune of 12 quarterback hits and seven sacks, led by newly-acquired defensive end Olivier Vernon and Devaroe Lawrence — who led the team with two sacks a piece.

“The kicking game and defense were about the only things that were executed good tonight,” Kitchens said, before pointing back at the offense and himself for the loss. “Everything offensively, with the exception of maybe a couple of throws and a couple of run after catches, execution was very poor. I did a poor job of preparing them for this third preseason game.”

For his part, Mayfield had a rough night, throwing for just 72 yards on 10 for 26 passing with no touchdowns, and landing one interception in the process. His passer rating was a lowly 30.6, and he’s not running from the accountability. Instead, he’s looking to take the film head on in the coming week to make sure it doesn’t happen when the games matter.

“I’m not happy with some of my throws, but we’ll see,” he said. “We just have to get all the little details ironed out and it doesn’t matter who’s in there. We’ve got to be able to click… We’ll be able to look at the film and really learn from this and be able to use it. Two weeks from now, it’s the real thing.”

Cleveland’s offensive line has been under fire this preseason. The Browns traded away arguably their best and their highest-graded offensive line, per Pro Football Focus, when they dealt right guard Kevin Zeitler to the Giants earlier this offseason. Zeitler was PFF’s No. 1 pass-blocking guard in 2018. His loss has been noticeable this preseason and issues with interior pressure surfaced against the Buccaneers.

The Browns also have question marks at both starting offensive tackle positions. On Mayfield’s blindside, former mega-draft bust Greg Robinson has to prove 2018 was not a fluke. On the right side, former Steelers castoff Chris Hubbard is slated to start.

The Browns open their regular season against the Tennessee Titans on Sept. 8, and an interconference win would be a good way to start the season. The game will be called by Jim Nantz and Tony Romo on CBS, and the latter has already predicted good tidings for Cleveland, but only if their new-look offensive line can hold up under pressure. That’s something they didn’t do well against the Bucs — who had eight QB hits of their own — but also have two weeks to figure out what went wrong.

“If you’re throwing the ball downfield a lot, it means you have a good offensive line that is giving you time,” Romo said at the 2019 NFL on CBS Media Day. “The key to the Browns this year will be, to me, their revamped offensive line. If it performs at the same level it did last year, they’ll be pretty good this year. If it doesn’t it will be hard to recreate some of the really good stuff they were doing at the end of the year.

“They can, but they will have to do it in a different way. That will be telling very quickly and early in the year.”

Indeed it will, and for a team on the verge of finally breaking out of the Dark Ages, it’ll be paramount to match success with the now fever-pitch levels of expectation surrounding them.