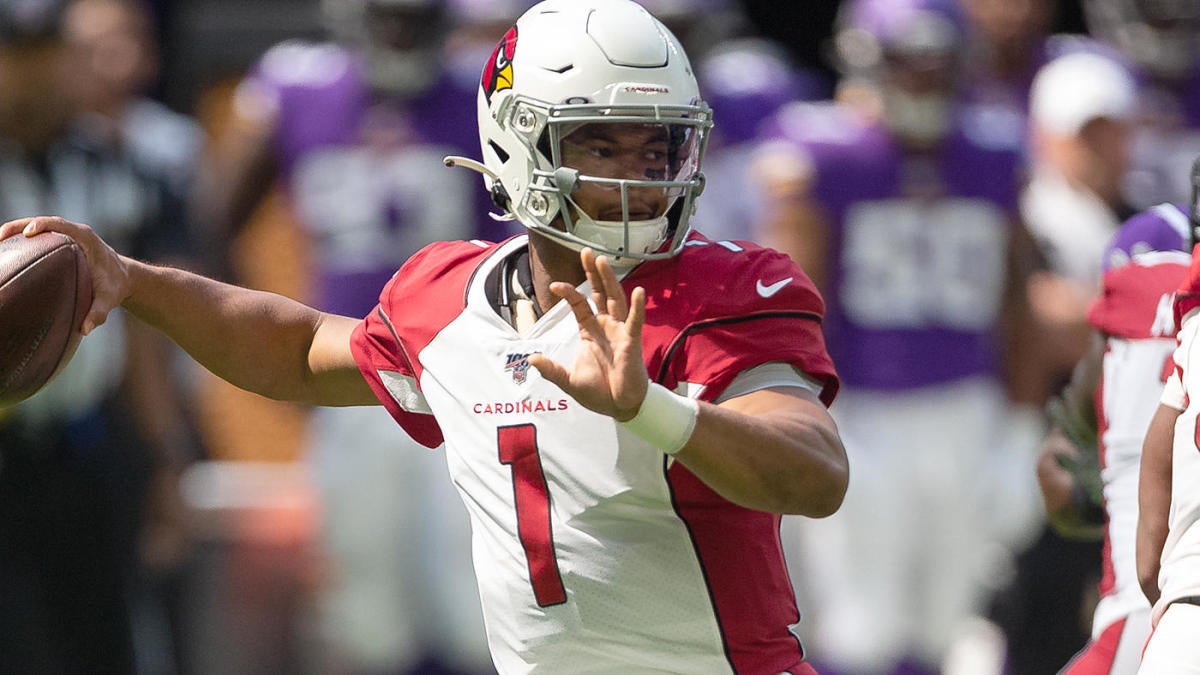 If you were waiting for the Arizona Cardinals to unleash their first-overall pick in this year’s preseason, you got your wish when the team took the field against the Minnesota Vikings on Saturday afternoon.

In the Cardinals’ first two games to begin August, Murray was treated like a regular-season-starter-to-come, and the usual format of NFL teams has been to allow more playing time in the third preseason game for first-teamers as sort of a tune-up for the rapidly-approaching season opener. More and more clubs are beginning to take the opposite approach, however, but the Cardinals knew they could benefit from giving Murray another — and more extensive — opportunity to acclimate to the league. That isn’t simply speaking on reading defenses and honing his timing with wideouts and tight ends, but also in trying to figure out what the NFL is attempting to do with the legislation of his pre-snap hand clap.

In the Cardinals’ 17-13 win over the Los Angeles Chargers, Murray’s clap drew several flags, leaving him and first-year NFL coach Kliff Kingsbury yet another item to tweak before Week 1. It appears they have, at least to some degree, because Murray wasn’t flagged for a false start at all in the two quarters he played against Minnesota.

That leaves us to focus on what matters most, which is his performance, and it was more than solid.

The stat line won’t floor you, but the film adds breadth to what Murray actually did on Saturday.

Kingsbury mixed in some wrinkles against the Vikings that included several called runs for Murray, and he showed the escapability that made him a star quarterback at the collegiate level. It would be a mistake to label him a running quarterback, though, as evidenced in the 33-yard teardrop he placed in the bucket of wide receiver Damiere Byrd in the first quarter. From there, the two would connect on a separate underneath route as Murray worked the second level of the field as well, spreading the ball around in the process. His favorite check-down target was rookie sixth-round pick KeeSean Johnson, who caught all three of his targets from Murray for 54 yards.

The Vikings defense didn’t make things easy for Murray, forcing the Cardinals into an 0-1 red zone attempt and keeping them below 50 percent on third-down conversions, but the 22-year-old led the offense to a 44 percent conversion rate on third down — succeeding in four out of their nine attempts — which is more than solid. Murray’s day ended at the two-minute warning in the first half, but his body of work showed much more positive than negative, and in a big way reinforces why the Cardinals opted to trade Josh Rosen to the Miami Dolphins after just one year and instead hitch their wagon to the former Oklahoma star.

His passer rating of 87.0 is demonstrative of his mixed day against the Vikings but, again, the film is where you’ll find perspective. Simply put, Murray is the real deal, and will only get better with time.