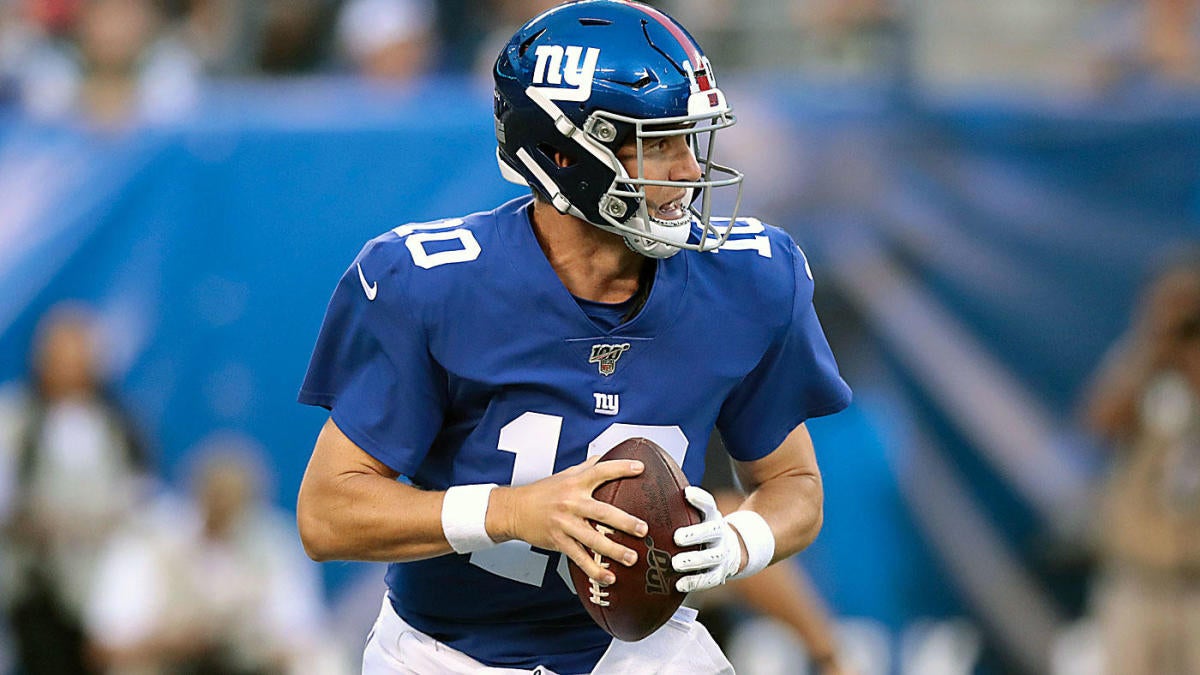 Andrew Luck retiring from the NFL has sent shockwaves throughout the league, leaving the Indianapolis Colts scrambling without their franchise quarterback. The Colts traded for Jacoby Brissett two years ago when Luck was out for the 2017 season following shoulder surgery. Brissett, a third-round pick of the New England Patriots in 2016, completed 58.8 percent of his passes for 3,098 yards, 13 touchdowns and seven interceptions for an 81.7 passer rating in 16 games, while being sacked a league-high 52 times.

Indianapolis has a first-round pick, two second-round picks and a third-round pick in the 2020 NFL draft, so there’s trade ammunition for the Colts to acquire a starting quarterback should they choose to pursue one. Here are some quarterbacks that could be available for the Colts:

The New York Giants wouldn’t even consider trading Manning right? The way first-round pick Daniel Jones has played this preseason may cause general manager Dave Gettleman to pivot on his plans regarding the future of his franchise. Since the Colts have two second-round picks, the Giants could receive one of them for Manning, an incredible haul for a 38-year old quarterback who completed 66 percent of his passes for 4,299 yards, 21 touchdowns, 11 interceptions and a 92.4 passer rating last season.

If the Giants trade Manning and get a second-round pick back, that clears the path for Jones to start while Manning gets a chance to lead a playoff-caliber roster in what could be his final NFL season.

If the Miami Dolphins do decide to choose Josh Rosen as the starter, a quarterback they traded a 2019 second-round pick and fifth-round pick in 2020 for this offseason, why not part ways with the 36-year old Fitzpatrick? Fitzpatrick completed 164 of 246 passes for 2,366 yards, 17 touchdowns and 12 interceptions in 2018. In his 11-year career, Fitzpatrick completed 60.1 percent of his passes for 29,357 yards, 190 touchdowns and 148 interceptions for an 81.1 passer rating.

Here’s where Fitzpatrick could be valuable to the Colts. Per PFF, when kept clean in the pocket Fitzpatrick completed 121 of 172 attempts for 1,824 yards, nine touchdowns, five interceptions and a passer rating of 110.2, ranking 10th in the NFL. The Colts have a much better offensive line than when Luck last was injured two years ago, which would benefit Fitzpatrick.

They wouldn’t have to give up much for him.

There’s a lot of connections toward Colts head coach Frank Reich and Sudfeld, who Reich coached with the Philadelphia Eagles in 2017 as the offensive coordinator. The Eagles have Josh McCown as their No. 2 quarterback, so they could entertain the market for Sudfeld and see what they could get from Indianapolis and reunite him with Reich.

Interestingly enough, the Eagles added Sudfeld to their active roster in 2017 after the Colts tried to sign him off their practice squad. Colts general manager Chris Ballard has expressed interest in the 25-year old Sudfeld in the past, this time potentially actually landing the Eagles backup quarterback.

Sudfeld is currently out 4-to-6 weeks with a broken left wrist, but is expected to be back by the end of September. Plenty of time to grasp the Colts playbook before giving him a chance to start in a contract year.

Keenum looks to be in line to be the Washington Redskins starting quarterback, but the team also has Colt McCoy and first-round pick Dwayne Haskins on their roster. The Redskins traded away a 2020 sixth-round pick for Keenum and a 2020 seventh-round pick, certainly should be able to get more back with the season being weeks away.

Keenum will likely start the season in Washington, but the leash is short as Haskins is the franchise quarterback. He wouldn’t have to worry about that in Indianapolis with a more talented roster and a competent offensive line. Keenum completed 62.3 percent of his passes for 3,890 yards, 18 touchdowns and 15 interceptions for an 81.2 passer rating in 16 starts for the Denver Broncos last year.

The New Orleans Saints have Bridgewater entrenched as the backup quarterback to Drew Brees, or has Taysom Hill changed their plans? Hill has played well this preseason with head coach Sean Payton embracing the comparisons to Hall of Fame quarterback Steve Young. Perhaps the Saints go with Hill as the No. 2 quarterback and make Bridgewater expendable.

The 26-year old Bridgewater completed 14 of 23 passes for 118 yards, a touchdown and an interception in limited action last year as the Saints No. 2 quarterback. Bridgewater spent the first four years of his career with the Minnesota Vikings, completing 64.7 percent of his passes for 6,150 yards for 28 touchdowns, 22 interceptions and an 86.3 passer rating. He made the Pro Bowl in 2015 with the Vikings, leading the team to an 11-5 record as he completed 65.3 percent of his passes for 3,231 yards, 14 touchdowns and nine interceptions for an 88.7 passer rating.

Since the knee injury in 2016, questions arose if Bridgewater is back to the same player he was pre-injury. The Colts can find out by taking a gamble on Bridgewater in 2019.