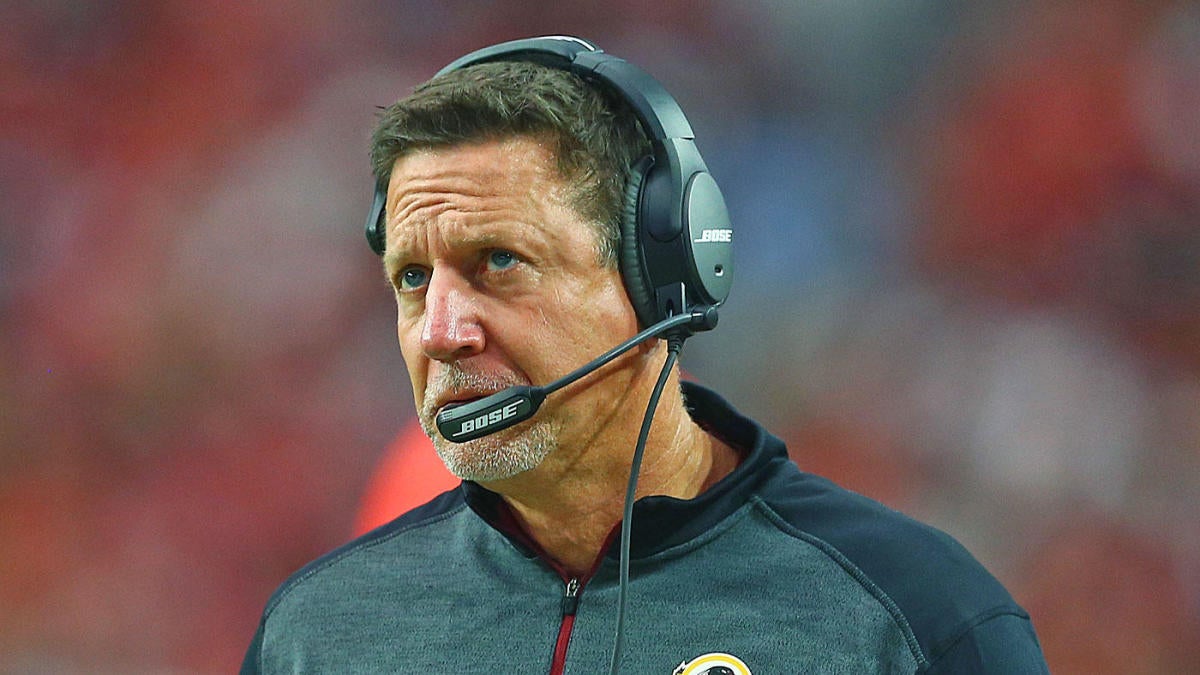 It’s not easy to keep a secret in the NFL, but San Francisco 49ers coach Kyle Shanahan managed to do it for the past 12 months.

For Shanahan, the secret involved the hiring of former Miami Dolphins offensive line coach Chris Foerster, who lost his job in 2017 after a video surfaced that showed him snorting a white powdery substance he later admitted was cocaine. Although it was originally reported that Foerster was hired at some point this offseason, it turns out that Foerster was actually hired during the 2018 offseason and has been with the 49ers for more than a year.

Shanahan revealed those details on Friday during an interview with NBC Bay Area. During the 2018 season,  Foerster didn’t work from the team facility, but he did help the 49ers put together advanced scouting reports during each week of the season.

“We gave him a consulting role last year,” Shanahan said. “He helped us from afar with advanced scouting reports and things like that. He would just look at teams the week ahead and send us some information, all typed up because he was never in town.”

For the 2019 season, Shanahan decided to give Foerster more responsibility, which includes watching film and attending team meetings.

“This year, we took it a step forward,” Shanhan said. “We brought him in part-time but still a consultant, but he is in the office at times. He’s able to do things like watch film with us, but he’s still in a consulting role.”

One reason the 49ers were able to keep his hire a secret is because the team doesn’t have to announce anything when they hire a consultant. If Foerster had been hired as an assistant coach, that information would have been made public at some point, so the 49ers decided to go a different route with his hiring.

“If he was fully on our coaching staff, going to practice and going to games, I understand that it’s something that I’d have to address, but he’s not,” Shanahan said. “He’s in a consulting role. A lot of teams have consultants. I understand the ramifications of that, and why people will ask why I didn’t say anything about it.”

Shanahan is basically giving Foerster a second chance for two reasons: the veteran assistant coach is good at his job and he wanted to help a friend.

“To help him with a job and make some money, and also because he’s good at it,” Shanahan said.

The 49ers were probably the best possible landing spot for Foerster and that’s because he has ties to both Shanahan and general manager John Lynch. Foerster knows Shanahan because they spent four seasons together on the same coaching staff in Washington (2010-13). As for Lynch, Foerster was the offensive line coach in Tampa Bay from 1996 to 2001, a time when Lynch was a safety for the Buccaneers.

Foerster will be on a short leash in San Francisco, but Shanahan doesn’t think that will be a problem because the 57-year-old is taking his rehab very seriously.

“He did something extremely stupid, and since then, he has hit rock bottom,” Shanahan said. “He went to rehab for 60 days, and then he was in a 90-day outpatient rehab. For the last two years, he’s been in a 12-step program that he’s been to every single night seven days a week.”

If Foerster can stay clean, it sounds like Shanahan would be open to giving him even more responsibility down the road.

“He is still in a consulting role because I do understand the seriousness of this matter,” Shanahan said. “We’re trying to ease him back in. I understand how big of a problem he did have. I also understand what he’s doing in committing to fix that problem. We’re trying to give him a chance to get back on track.”

Now that Foerster’s life seems to be back on track, Shanahan’s hoping that the job with the 49ers will lead to something bigger for him.

“I’m just pulling for him that he can keep up with it. If he does keep up with it, then whether it’s with the 49ers or with someone else, you’re going to get a good person and a good coach. I’m just really hoping that he can get back to being the healthy guy I knew in Washington, and that’s what I see so far.”

Before resigning his Dolphins job away on Oct. 9, 2017, Foerster had been an NFL assistant for 25 years. Foerster’s job with the 49ers is actually his third stint with the team following two separate runs as their offensive line coach (2008-2009, 2015).