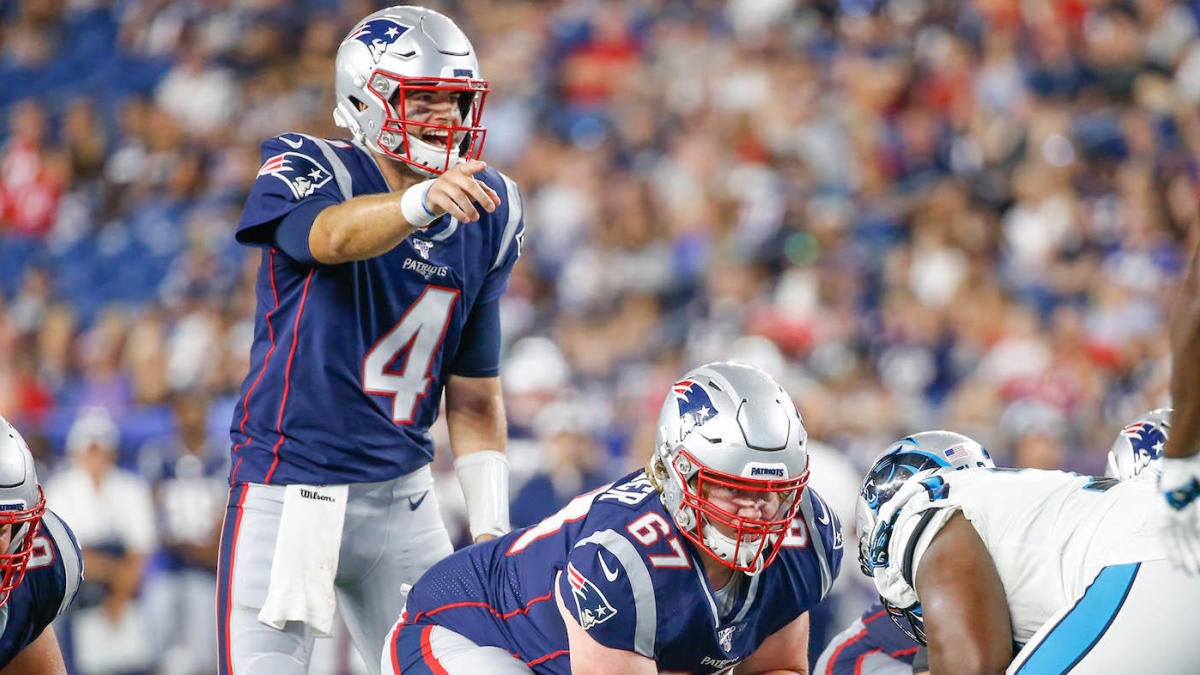 When it was time for Tom Brady to come out of Thursday’s preseason contest with the Panthers, it was rookie Jarrett Stidham who grabbed his helmet and went under center. Veteran quarterback and longtime backup Brian Hoyer, meanwhile, watched from the bench.

Stidham played the entire rest of the contest, helping the Patriots to the 10-3 win at Gillette Stadium. The fourth-round pick out of Auburn was once again impressive, completing 15-of-19 for 134 yards. Given his strong summer and the fact that the Patriots have a loaded roster that will require some tough decisions around cut-down time in a little over a week, it’s fair to wonder the type of security (or lack thereof) Hoyer has.

When asked about the decision to play Stidham over Hoyer, Bill Belichick told reporters postgame, “Yeah, we do what we think is best for the team, take a look at everybody. Brian’s played a lot of football.”

That last point is an important one as it relates to Hoyer. The Patriots know what they have in him. He’s been in the league for a decade and been with the Patriots (through various tenures) for half that. With that in mind, it’s not out of the question that Belichick simply decided to keep the known commodity in Hoyer on the shelf to get a better look at his young quarterback before Brady takes over for the regular season, and nothing more.

Still, the fact that New England is in the midst of one of the more competitive summers in recent memory when it comes to players fighting for spots on the opening 53-man roster, hard decisions will be made. The Patriots aren’t afraid to roll into the season with two quarterbacks, so trading or cutting Hoyer has to be on the table.

The downside to that would be the Patriots losing out on one of the better backup quarterbacks in the NFL. Stidham certainly has the brighter future in Foxboro at the moment, but if Brady goes down in the midst of a game or is sidelined for a significant amount of time, Hoyer’s likely their best bet to help them still be a viable team. Not to mention that Hoyer helps out tremendously on the scout team, a feather in his cap that cannot be overlooked.

If they were to let Hoyer go, they’d save $1.3 million off the salary cap, but that hardly is enough to have much bearing on the decision. Really, it’ll be about whether or not the Patriots believe in Stidham enough to be QB2 right out of the gate along with other positions filling out properly without having to clear more space by moving on from Hoyer.

It’s a tough question to answer, but with each passing outing, Stidham is making it a whole lot easier for New England.