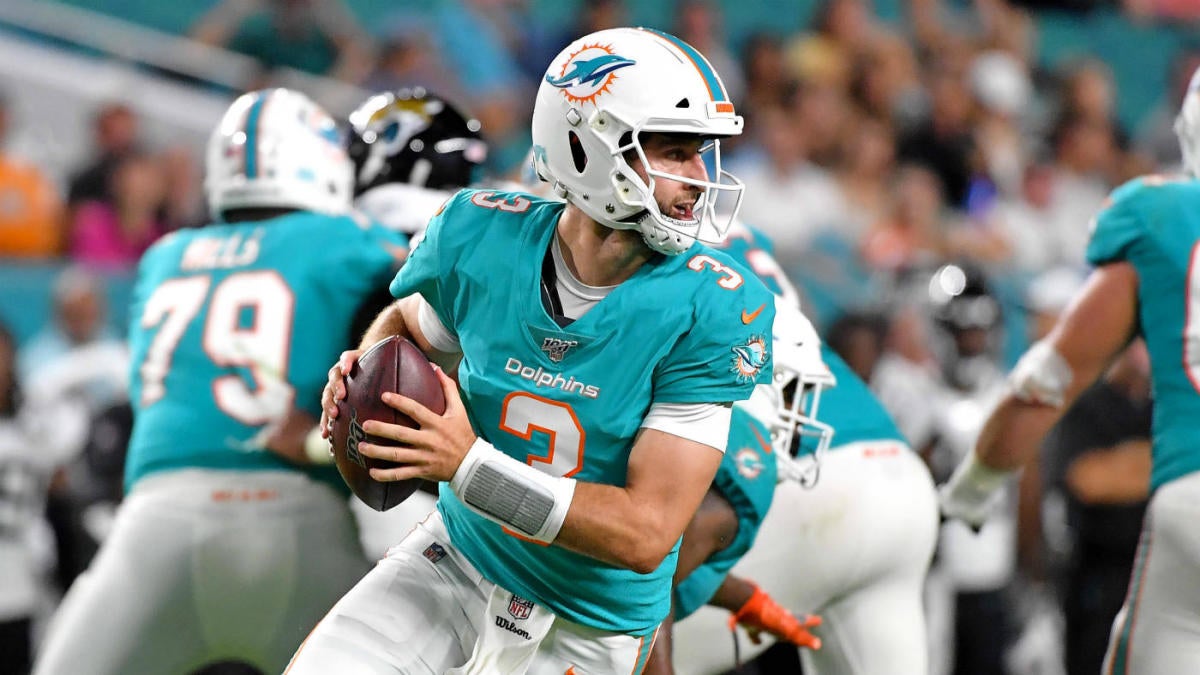 Not sure many NFL coaches have had a worse summer than Brian Flores.

The rookie head coach of the Dolphins, already carrying the burden of the New England curse when it comes to former Bill Belichick disciples trying to make it on their own leading other NFL teams, can’t catch a break. His top lieutenant and most important staff member, former longtime NFL head coach Jim Caldwell, who was set to run the entire offense, had to take a medical leave from the role for the entire season. That was decided before camp. Then Flores felt compelled to fire his offensive line coach about a week into camp. Sub-optimal.

Dolphins owner Stephen Ross found himself under a nationwide media microscope – and, most importantly, under scrutiny in his own locker room – for hosting a mega-donation dinner for Donald Trump’s reelection campaign at his home. That led to an entirely predictable PR fiasco, a verbal squabble with civic-minded receiver Kenny Stills, Ross eventually leaving the NFL’s social justice committee and Flores finding himself quickly caught between his owner, his players, and then, cuz it’s 2019, rapper Jay-Z, as well, after the artist entered into an arrangement with the league to be its “live music entertainment strategist.”

Flores heightened the flames by misguidedly ordering the playing of eight Jay-Z songs at a subsequent practice, gaining literally nothing except more attention for all the wrong reasons. Oh, and did I mention he was already handed one of the worst rosters in the NFL? Yeah, inauspicious to say the least.

And I forgot, Flores also has had to juggle a quarterback controversy in his first camp as the main man, because of course he does. And, well, that hasn’t gone exactly swimmingly, either, with Flores quick to weigh in and handicap the race between Ryan Fitzpatrick and Josh Rosen from the onset, with his message leaving others scratching their heads at times. Which brings us to the present, and the point of this column: Just play Rosen and be done with it. You have nothing to gain – as a rebuilding team that will be in contention for the top pick – by playing a 36-year-old quarterback, and nothing to lose by seeing as much of Rosen as absolutely possible.

Please, stop compounding your problems and go ahead and make the proclamation to play the second-year QB ASAP. Throw your support around a young man who could prove to be a foundational asset for the organization – either as a grossly cheap starting QB or as a vital trading chip – and show him as much love and support as possible. Stringing this out and making more comments like those uttered in the aftermath of Thursday’s preseason victory, when Flores declared that the fact Rosen played well “makes the decision harder” is doing you no favors.

No, the fact that Rosen looked the part and made some nice throws under less-than-ideal circumstance and showed he can run for his life if need be (behind this line, he will need to) and command the offense shouldn’t be making any decision harder. It’s making it easier. Don’t overthink this. Give the kid, left to dangle and wonder by the Cardinals‘ entire offense, some real support and show that you traded for him for a reason.

No one wonders what Fitzpatrick is. It’s the ultimate known commodity. For a few weeks, maybe even a month, he can dazzle a bit and conjure some Fitzmagic … and then he goes back to being a 36-year old QB without upside who will slow down and who throws a ton of picks. What, precisely, is to be gained by starting the season with him? Seriously. I’ll wait.

I don’t want to hear about Miami facing four potentially tough teams to start the season. Rosen endured Murder’s Row every week last year in an untenable situation in Arizona, and, newsflash, the Dolphins are going to be the underdog in pretty much every game they play this season. It’s who they are and, finally, who they are covertly embracing internally as they try to escape the clutches of mediocrity to try to fully rebuild in the hopes of emerging as an actual contender for a title down the road, and not just a candidate to go 9-7 if everything breaks just right.

It would be one thing if Rosen was out of sorts and playing scared or looking scarred by the football atrocity he was forced to take part in with the Cardinals last year. It would be one thing if the 36-year old looked vastly superior and you were hearing anonymous comments out of the locker room about Rosen not being a leader or being too smart or liking to read too much or any of the other pablum that some in the scouting community were slinging at him coming out of college.

I’m not going to go crazy with preseason stats, because these games are generally god-awful and it’s becoming more difficult than ever to know how to properly assess them, given the amount of teams who are basically just (smartly) shielding their starters from them, but over parts of three games Rosen is 28-for-45 (62%) for 358 yards, with one pick and no touchdown passes. It’s hardly super-sexy, but given where this franchise is and where Fitzpatrick is in his career, and the fact that Fitzmagic has been pedestrian this summer (completing 53% of his passes with one TD), this should be an easy call for Flores.

Embrace youth (because it’s going to be a mantra there). Embrace the unknown. Embrace the future (because it’s what you are playing for, as much as that pains any coach). There are only 16 opportunities to assess this roster – and especially the QB position – before the franchise is uniquely focused on the 2020 draft and all of its possibilities, with the Dolphins already holding an abundance of picks and with five more quarterbacks perhaps set to be among the first 32 selections.

The scruffy dude with the beard ain’t going nowhere. He’s had his time and he’ll be your insurance policy at QB should you need it. Don’t overcomplicate things. No need to be a contrarian. Let Rosen be the face of whatever the 2019 Dolphins become, give the kid at least a half a season to show you something, and, well, maybe let Kenny Stills put together a practice playlist next week, too. Given the way the past few months have played out, it can’t hurt.