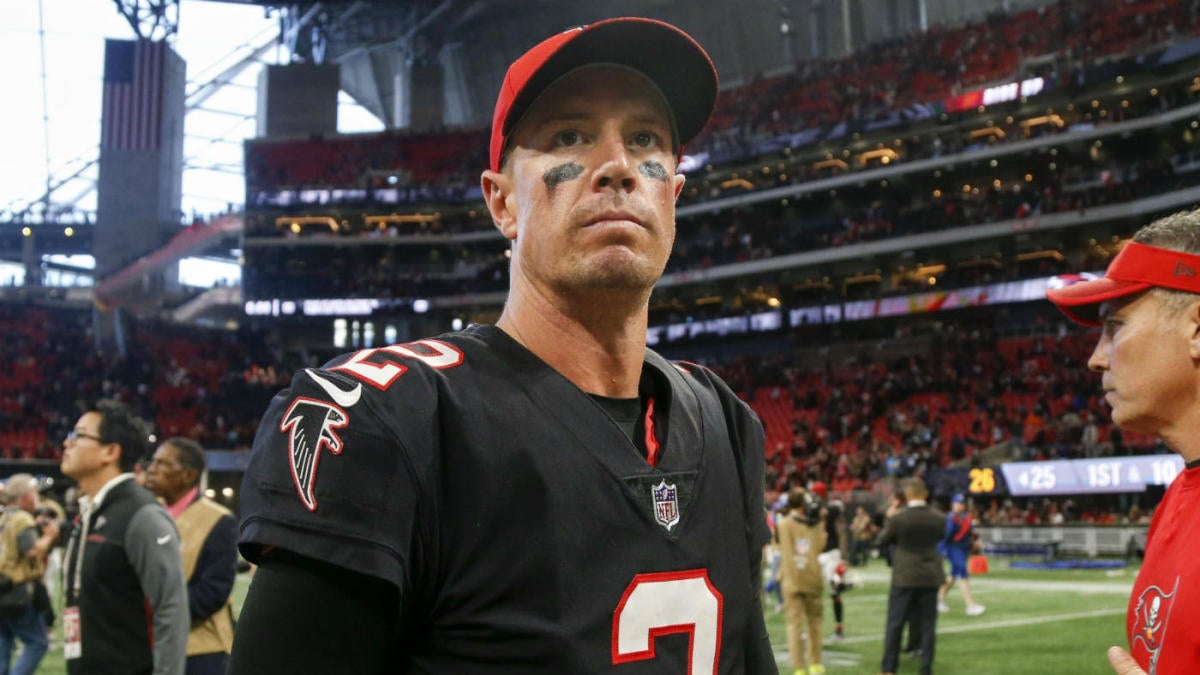 We’re still about two weeks away from the beginning of the 2019 NFL season, so there is obviously a whole lot that’s going to happen between now and when the whole thing is actually over. But given the events of last season, the offseason, and the portion of training camp prior to this week’s so-called “dress rehearsal” preseason games, we have a lot of information at our disposal which can be used to make some predictions.

With that in mind, we’re taking an early stab at guessing who will be the Pro Bowl starters. To make this exercise as true-to-life as possible, we’re using the most common personnel groupings on each side of the ball: 11 personnel (1 RB, 1 TE, 3 WR) and nickel (5 DB).

Below, you’ll find our projected NFC starters, and you can take a look at the AFC right here.

This was the most difficult position to choose in the entire exercise. Russell Wilson, Aaron Rodgers, Carson Wentz, Drew Brees, and Cam Newton all received serious consideration here. But in the end we went with Ryan, who has just been so consistently excellent for so long that he’s become pretty underrated. Did you know he threw 35 touchdowns and only seven picks last season? Did you know he completed 69.4 percent of his passes and threw for 4,924 yards? He was almost as good last season as he was during his 2016 MVP run, and that’s a great sign for his prospects this coming year.

Again, there were a ton of attractive candidates here. But Ezekiel Elliott is holding out. Alvin Kamara’s team does not want to give him a workhorse workload and is planning on giving Latavius Murray a decent share of the work. Saquon Barkley is working in an offense that looks like it has the potential to be a disaster. Meanwhile, McCaffrey is going to be on the field all the time in a creative offense and with a coach-quarterback combination that wants to make sure they get him the ball on the regular.

Remember when there was controversy about whether Julio was capable of catching touchdowns? That was cute. He caught eight scores over the final nine weeks of the 2018 season, so maybe we can stop talking about that now. Julio is one of the most explosive and most efficient receivers in the NFL every single season, and he is as much of a Pro Bowl lock as anyone in the league.

Year 4: Expect more of the same.

Not enough people realize how ridiculously good Adams was in 2018. He caught 111 passes for 1,386 yards and 13 scores in 15 games. The full list of players who have ever matched all three of those totals in a single season consists of only Adams, Antonio Brown, Randy Moss, Isaac Bruce, Herman Moore, and Jerry Rice. That’s it. And that was in Mike McCarthy’s antiquated offense. Matt LaFleur should be able to scheme Adams open more consistently, and you know Rodgers is going to find him.

Kittle posted an 88-1377-5 line while playing almost the entire season with C.J. Beathard and Nick Mullens. With Jimmy Garoppolo back under center, there’s a chance he raises his catch rate and touchdown rate, while maintaining his huge target share. Zach Ertz is just as good a player as Kittle, but likely won’t have as many opportunities simply due to the number of other quality targets with whom he shares the field.

Bakhtiari was Pro Football Focus’ highest-graded tackle in 2018 and 2017, and given the questions surrounding Tyron Smith and Jason Peters‘ health and Trent Williams‘ contract, it’s likely that he is just the overall best left tackle in the NFL right now.

We considered Lane Johnson, Andrew Whitworth, and Duane Brown, among others, for the other tackle spot, but given how consistently excellent Ramczyk has been since entering the league, we ultimately turned in his direction.

Martin has played five seasons and has made both the Pro Bowl and one of the two All-Pro teams in every one of them. He is the best guard in the league and a stone cold lock for this spot so long as his balky back doesn’t force him to miss time.

Turner has been to four consecutive Pro Bowls and is the best piece on a sneakily good Carolina offensive line. With the way expectations are rising for McCaffrey, Newton, and the rest of the offense, it’s likely that Turner gets continued recognition as well.

It was tempting to go with Travis Frederick or Jason Kelce here, but giving the nod to Mack felt appropriate given his overall importance to his team’s offense. All three will presumably be worthy so long as they are on the field, because that’s how it tends to go.

It looked possible that Lawrence would miss the beginning of the season, but he’s already off the PUP list and working into practices. Considering how good he was the last two years with a bum shoulder, he should be in line for another huge year now that he’s had the issue repaired. With the Cowboys bringing in Robert Quinn, Kerry Hyder, Christian Covington, Trysten Hill, and rookies Joe Jackson and Jalen Jelks along the line, he should have more help up front, and thus more room to operate.

Donald is the best player in the NFL. Having this team without him would be insane.

Cox has made four consecutive Pro Bowls and last year was recognized with a First Team All-Pro berth. He’s the best player on what is likely the NFL’s best defensive line, and that unit is likely to drive a whole lot of Philadelphia’s success once again.

Wagner has been so good for so long and on such good defenses that he doesn’t get enough attention for exactly how good he is. Richard Sherman has said in the past that Wagner has gone overlooked because of the quality of teammates with whom he’s played, but all of those guys are gone now and Wagner is the only one left in Seattle. Fresh off signing a new contract, he’s primed for another year of excellence.

Kuechly is essentially the answer to “what if Wagner was in the NFC South and was clearly the best player on his own defense?” He is a mortal lock for the Pro Bowl and one of the All-Pro teams as long as he is not knocked off the field due to his recurrent concussion issues.

Fuller is now two years removed from the Bears not picking up his fifth-year option and those two years have been spectacular. He got paid last offseason and made the Bears look smart for matching Green Bay’s offer. He lost a couple defensive-backfield-mates in Adrian Amos and Bryce Callahan, but he’s entering the season as the No. 1 corner on arguably the NFL’s best defense, and he should excel.

Perhaps the most underrated player in the league right now, Slay has been the rare true shutdown star on a defense that doesn’t come close to living up to his talent. Now that the Lions added some help up front and are in their second season under Matt Patricia, perhaps they can show some improvement and get him back to the Pro Bowl and the All-Pro list.

We originally had Byron Jones in this spot coming off his breakout 2018 campaign, but it’s looking more and more like he might miss the beginning of the season after his offseason hip surgery, so the incredibly deserving Lattimore slides in. He was not quite as excellent in Year 2 as he was during his rookie campaign, but he was still damn good, and there’s no reason to expect anything but more of the same in Year 3.

One of the NFL’s most complete safeties, Harrison can do every single thing you want a safety to do. He can come down into the box or play centerfield. He can tackle against the run and come down to cover tight ends and slot wideouts. He hasn’t missed a game in a few years, and so long as that continues, he’ll be right back in this spot, where he belongs.

In just two seasons, Jackson has emerged as the NFL’s premier playmaker at the safety position. With eight interceptions, three pick-sixes, 21 passes defensed, four fumble recoveries, and two additional fumble-recovery scores, it’s difficult to imagine someone making more plays than he does. With Mack and company putting pressure up front and Fuller locking things down on the outside, he should continue to have the freedom to roam the field and take the ball away from the opposition.