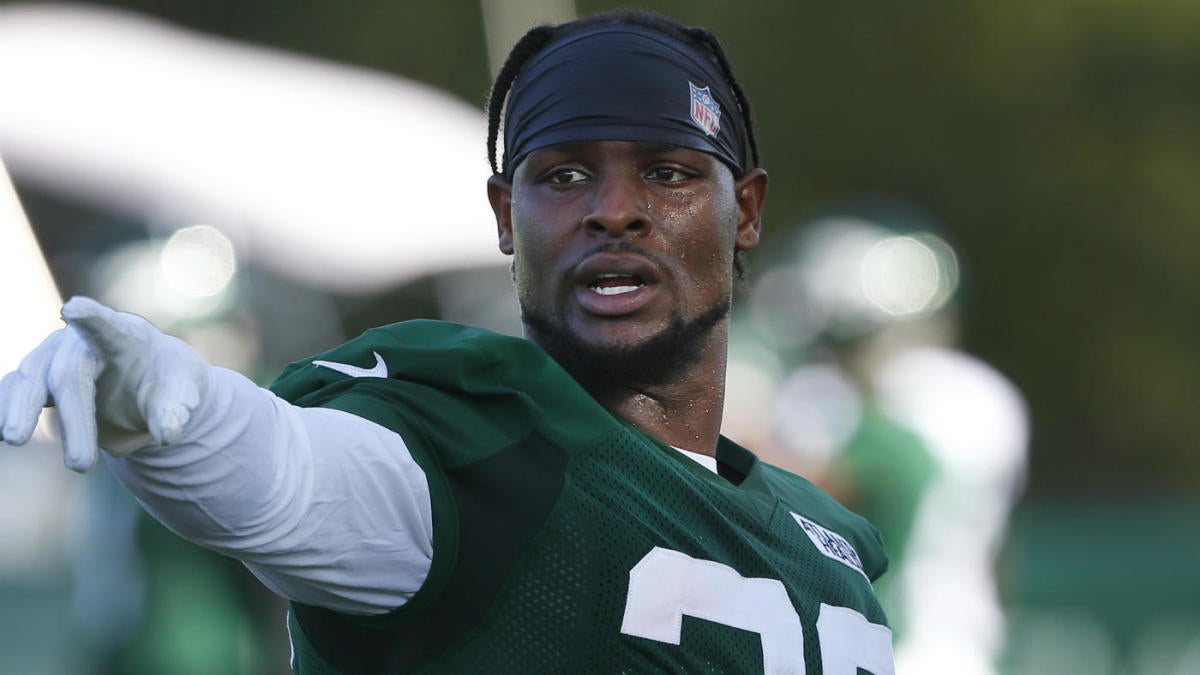 We’re still about two weeks away from the beginning of the 2019 NFL season, so there is obviously a whole lot that’s going to happen between now and when the whole thing is actually over. But given the events of last season, the offseason, and the portion of training camp prior to this week’s so-called “dress rehearsal” preseason games, we have a lot of information at our disposal which can be used to make some predictions.

With that in mind, we’re taking an early stab at guessing who will be the Pro Bowl starters. To make this exercise as true-to-life as possible, we’re using the most common personnel groupings on each side of the ball: 11 personnel (1 RB, 1 TE, 3 WR) and nickel (5 DB).

Below, you’ll find our projected AFC starters, and you can take a look at the NFC right here.

The league’s best quarterback who also has the benefit of working in arguably the best offensive infrastructure in the NFL, Mahomes is once again set up for a ridiculous level of success. Coming off a season where he threw for more than 5,000 yards and 50 touchdowns, Mahomes has room to regress toward the mean and still be the top quarterback in his conference. And of course, there’s always the possibility that he doesn’t regress at all. The smart bet is on another monster year.

There were a few other attractive options here, such as Joe Mixon, James Conner, and Nick Chubb, but in the end Bell seems like the best bet to post the best numbers. He is likely to get a boatload of touches in the Jets offense so that the team can justify the enormous contract it gave him this offseason. When he handles a workload like that, Bell has proven that he is capable of “best running back in the league” status. There are questions about his ability to stay healthy after taking an entire year off, but if he does, he should have another hugely productive season.

Hopkins is coming off back to back seasons where he was named a First Team All-Pro, and there’s no reason to expect that he won’t be named the same in 2019. He and Deshaun Watson form one of the most dangerous connections in the league, and Hopkins’ ridiculous combination of catch radius and body control means he is almost always open, even when he’s covered. He’s also missed only one game in his career, so you can count on him to be on the field every week.

Beckham is off to one of the best starts in NFL history despite playing his first five seasons with the decaying Eli Manning throwing passes his way. Manning was one of the NFL’s least-accurate quarterbacks last season, while Baker Mayfield was one of the most accurate. Freddie Kitchens and Todd Monken are creative offensive minds who will scheme Beckham open for quick, easy throws as well as shots down the field. This is likely the best offensive group Beckham has ever been a part of, and the opportunity should be there for him to shine.

Smith-Schuster caught 111 passes for 1,426 yards and seven scores last season, and now Antonio Brown is no longer on his team. The 166 targets he received a year ago now seem like a reasonable floor, as the options beyond him in the passing game are not nearly as dangerous as Smith-Schuster himself. Assuming good health, he should reach or exceed last season’s numbers, and make another trip to the Pro Bowl.

With Rob Gronkowski retired, Kelce has as good an argument as anybody for the title of Best Tight End In Football. Last season was his best yet, with 103 catches for 1,336 yards and 10 scores. With Mahomes under center and Andy Reid designing the plays, he should pick up right where he left off. And if he does, nobody in the AFC can touch him.

Villanueva is a player at the top of his game right now, playing all 16 games for three straight seasons and making the Pro Bowl for each of the last two. He is key to keeping Ben Roethlisberger clean in the pocket and clearing the way for James Conner.

Schwartz has blossomed into the NFL’s best right tackle, and he is also a key component of one of the NFL’s best offenses. There are a plethora of AFC edge guys who rush off the left side, and he’s the premier guy for keeping them away from the passer.

Bitonio is an underrated piece for the Browns’ offense, whose question marks elsewhere on the offensive line are likely the one thing keeping them from being a surefire playoff squad this year. If he can solidify things inside in front of Baker Mayfield and Nick Chubb, he should make a trip to Orlando.

Yanda turns 35 years old mid-September, but when this guy is on the field there are very few players who come close to being as good as him. With the Ravens prioritizing the run game in their offense, Yanda should have at least one more year where he truly shines.

Pouncey has been in the league for eight years and has made the Pro Bowl seven times. The one time he didn’t, he was injured and played only two games. If he’s healthy, he’ll be there.

Garrett got off to a delayed start to his career thanks to a preseason injury during his rookie year, but he has been dominating ever since he got on the field. He just keeps getting better, and with Olivier Vernon and Sheldon Richardson now joining him and Larry Ogunjobi on the defensive line, he should have freer paths into the backfield than ever before. Last year’s 13.5-sack season seems like the baseline expectation for Garrett, and he should be much better than that.

Miller has been in the NFL for eight seasons. He has played more than nine games in seven of those seasons, and in each of those seven he has racked up at least 10 sacks and at least 23 quarterback hits. Last year, he was at 14.5 and 26, respectively. Unless and until we actually see him fall off, it seems safe to assume that he’ll do it again.

If Watt wasn’t quite back at his peak last season, he was pretty damn close. And even sub-peak Watt is ridiculously good, and likely the second-best interior defensive lineman in the entire league. He had 16 sacks, 18 tackles for loss, and 25 quarterback hits last season, and that’s considered a sub-par year for him. Yeah, he’s good.

Jones broke out in a big way last season, notching 15.5 sacks to go along with 19 tackles for loss and 29 quarterback hits. With the Chiefs transitioning to a 4-3 base defense and Jones’ role thus calling for even more backfield-penetration, he should be in line for another huge campaign.

The reigning Defensive Rookie of the Year is a true sideline-to-sideline force, ranging all over the formation to wrangle ball-carriers before they can get too far downfield. If he can improve his pass defense (which is already pretty good), he should clearly establish himself as one of the best linebackers in not just the AFC, but the NFL.

McKinney doesn’t get quite as much shine as his division rival, but he has been fantastic for a while now. He’s hit 95-plus tackles in three straight seasons, and he’s been improving in coverage with each passing year. The Texans have one of the NFL’s better defensive fronts clearing the way for him to make plays, and he’s done so really, really well.

Ramsey has been one of the NFL’s premier corners since the moment he stepped on the field as a rookie. He wants a new deal, and he wants to make it so obvious that he deserves one that the Jaguars simply have no choice but to give in and throw him the bag. There are some players who wouldn’t perform well in such a pressurized situation. Ramsey is not one of them. Prepare for him to ball out.

Gilmore’s first season in New England did not go as expected, but last year he re-emerged as a true shutdown corner and was arguably the best player in the league at his position. He had a ridiculous 20 passes defensed and allowed just a 71.8 passer rating on throws in his direction. Bill Belichick knows exactly how he wants to deploy Gilmore in any given matchup, and for that reason he will always be put in position to succeed.

We were choosing between three different Chargers defensive backs for this nickel spot, and ended up going with Hayward. Derwin James and Desmond King had good arguments as well, but James is likely to miss a good amount of time and King still seems just a bit behind Hayward in terms of versatility and production. Since landing with the Chargers, Hayward has just been absurdly good, and that should continue in 2019.

Thomas is the best safety in the world when healthy. If he can stay on the field, he’s a lock. Especially working behind the excellent Baltimore front and alongside a terrific secondary.

There’s a reason the Titans made Byard the highest-paid safety in NFL history earlier this offseason. He is coming off back to back terrific campaigns, and even after regressing from eight interceptions to four, still managed to make fantastic contributions last year. He was likely robbed of a Pro Bowl spot last season. That won’t happen again.