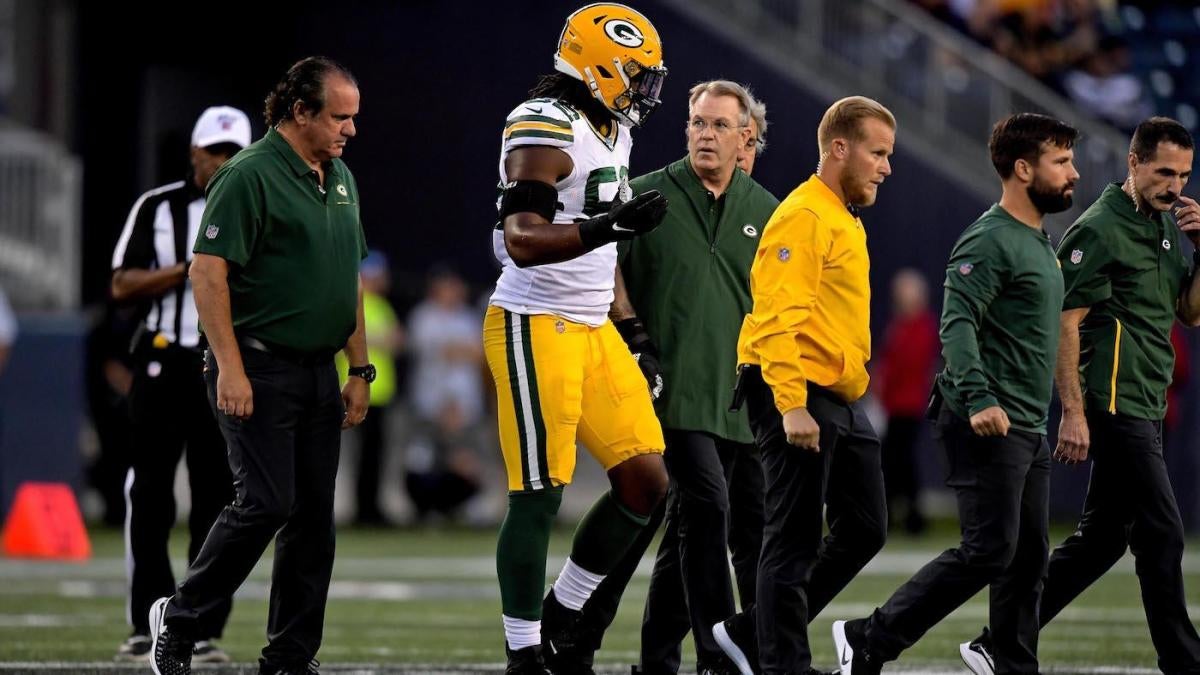 The Green Bay Packers decided to rest the majority of their starters for their Week 3 preseason matchup with the Oakland Raiders, but that didn’t save them from suffering a few noteworthy injuries.

It was an interesting game in general, as the two teams didn’t even play on a real NFL field. The Winnipeg-based matchup took place on an 80-yard long field due to unsafe conditions, which forced them to play by new rules. All kickoffs were eliminated. If either team scored any points, the team that was supposed to receive the ensuing kickoff will simply take over possession on the 15-yard line (which is actually the 5-yard line on the new field).

The Packers had a disastrous first half as they lost three players to injuries, some of them perhaps major.

At some point in the first quarter, rookie linebacker Curtis Bolton left the field with the trainers and did not return to the game. According to Tom Silverstein, Bolton was later seen on crutches with a brace on his right knee.

This injury is noteworthy because one of the Packers starting inside linebackers, Oren Burks, is also injured. Silverstein reported two weeks ago that Burks originally thought he would have to undergo surgery to repair his pectoral muscle and miss the season. After consulting with a specialist, it was determined that he should let it heal on its own and see if he could return to the field at some point this year. Bolton was a player expected to step up in his absence, but now that possibility could be in doubt.

No. 12 overall pick linebacker Rashan Gary was carted off the field after he took a shot to the head while attempting to make a tackle. He had previously been battling a shoulder ailment and had limped off the field earlier in the game. Luckily, Gary’s agency released a statement later on Thursday night that Gary “was fine and doing well.” Still, neck injuries can linger, and Gary could end up missing time.

While Green Bay signed pass-rushers Preston Smith and Za’Darius Smith in free agency, Gary is expected to play a role on this defense in this first season. It’s never a good thing to see your first-round pick go down with a neck injury this close to the regular season.

Arguably the most serious injury last night occurred when wide receiver Equanimeous St. Brown caught a pass over the middle of the field and took a big hit to the head while his lower body twisted at an awkward angle. He was helped off of the field with the assistance of a trainer. Like Bolton, St. Brown was also later seen on crutches with a boot on his left leg according to Lily Zhao.

On Friday, Ian Rapoport reported that St. Brown suffered a high-ankle sprain that will likely knock him out for four to six weeks. It’s great news considering how serious the injury looked, but still, he now could miss a couple of games to start the regular season.

Even though the Packers sat their starters on Thursday night, three players who were going to play sizable roles on this team went down with injuries that could force them to miss some time.