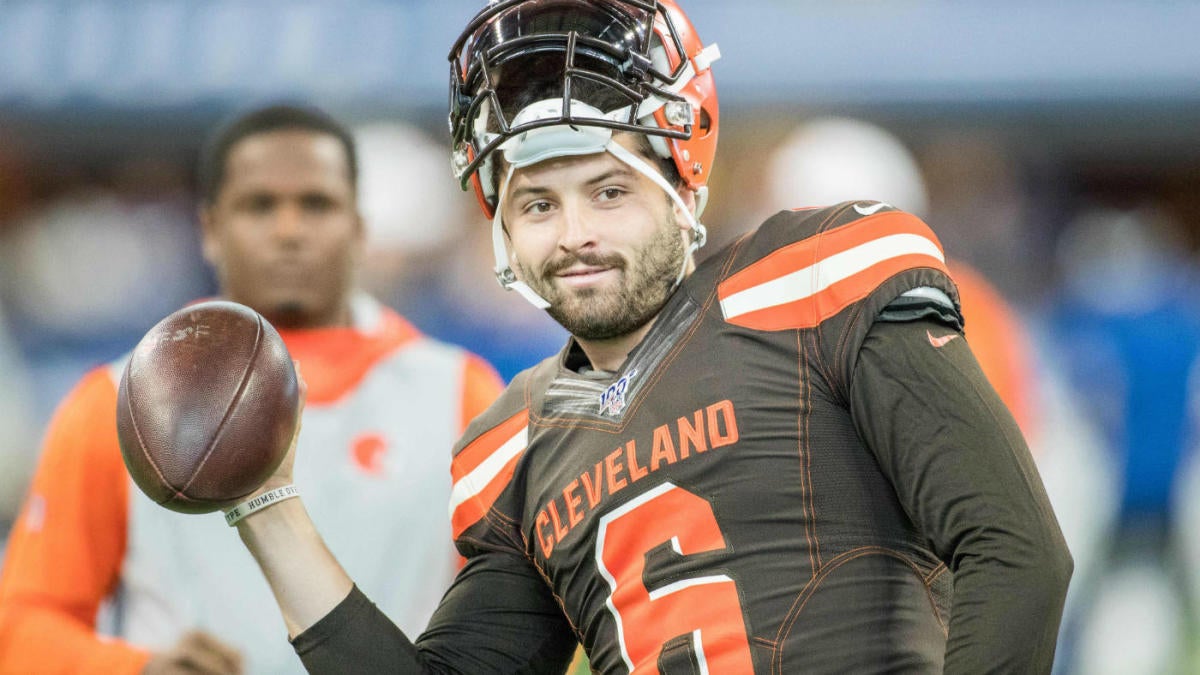 Week 3 of the preseason isn’t the dress rehearsal week it used to be, but it’s probably the closest glimpse of NFL teams playing first-teamers we’ll get prior to the start of the regular season.

On Thursday night, Ryan Fitzpatrick got the start for the Miami Dolphins against the Jacksonville Jaguars while competing with Josh Rosen for his team’s open quarterback job, while Case Keenum and Dwayne Haskins got both reps fighting for the Washington Redskins‘ QB spot with Colt McCoy (foot) still sidelined. Daniel Jones, meanwhile, continued to shine despite seemingly being firmly entrenched behind Eli Manning in New York.

Friday night’s preseason action will feature Baker Mayfield and the Cleveland Browns heading to Tampa Bay to take on Bruce Arians and the Buccaneers. And while Lions head coach Matt Patricia was noncommittal about quarterback Matthew Stafford’s status for Friday’s matchup with the visiting Bills, Stafford did take the field Friday night to face Buffalo’s formidable defense.

Below you can relive all the top action, highlights and headlines from Friday’s Week 3 action (be sure to keep coming back for the latest updates).

In addition, you can view the entire schedule for Week 3 of the preseason below. If your favorite team isn’t on national television in the coming weeks, remember to check your local listings because games that aren’t being televised nationally are generally still televised in each team’s local market and available for streaming on fuboTV (Try for free).

Jarrad Davis, one of the Lions’ starting inside linebackers, was carted off the field during the opening minutes of Friday’s preseason game. Davis appears to have suffered an injury to his right leg. Davis, the 21st overall pick in the 2017 NFL draft, recorded 100 tackles and six sacks during the 2018 season. Davis went down on the Lions’ first defensive possession when his teammate and fellow linebacker Devon Kennard fell on the back of his leg. He was helped off the field by the training staff, and later helped from the bench to the cart. The Lions have since ruled his return to the game doubtful. This is a developing story. Stay tuned for more details.

Buffalo cornerbacks Tre’Davious White and Levi Wallace left Friday night’s game during the first half with injuries. White was seen with his right thigh wrapped with an ace bandage shortly after sustaining his injury, while Wallace did return to the game before halftime.

Stafford, making his preseason debut, was on fire early, completing 11 of his first 15 attempts that included an 11-yard touchdown pass to Ty Johnson.

Baker, first-team Browns offense can’t get in the endzone

The good news for Browns fans: Cleveland put together three scoring drives with Baker Mayfield leading the offense. The bad news: Cleveland, who were playing without Odell Beckham Jr., Jarvis Landry, Nick Chubb and David Njoku, was unable to get the ball into the end zone while settling for three Austin Seibert field goals.

Seibert provided the first big play of Friday’s game when he booted a 54-yard kick to cap off the game’s first drive. He then booted two more field goals that gave the Browns a 9-0 halftime lead.

Facing mostly man coverage from the Buccaneers’ defense, Mayfield completed just 10-of-26 passes for 72 yards with an interception just before halftime.

Mayfield especially struggled on third down, as the Browns were converted on just one of their first four nine down situations. It wasn’t all Mayfield’s fault, however, as Browns wideout Derrick Willies dropped a third-down pass that would have extended the Browns’ third possession.

Cleveland’s offense under Mayfield was extremely pass-heavy, as the Browns’ ran the ball just five times during the game’s first 30 minutes. Kareem Hunt, who received each of Cleveland’s rush attempts, managed to gain just 11 yards that included a seven-yard gain.

Play of the night

Ray-Ray McCloud, a second-year receiver looking to solidify his place on Buffalo’s 53-man roster, helped his cause when he was able to come down with this impressive 23-yard reception on Friday night.

McCloud, who caught just five passes during his rookie season, endured a rigorous offseason workout schedule that included two workouts per day after routinely starting his day before sunrise. The former Clemson receiver also put an extra emphasis on his nutrition.